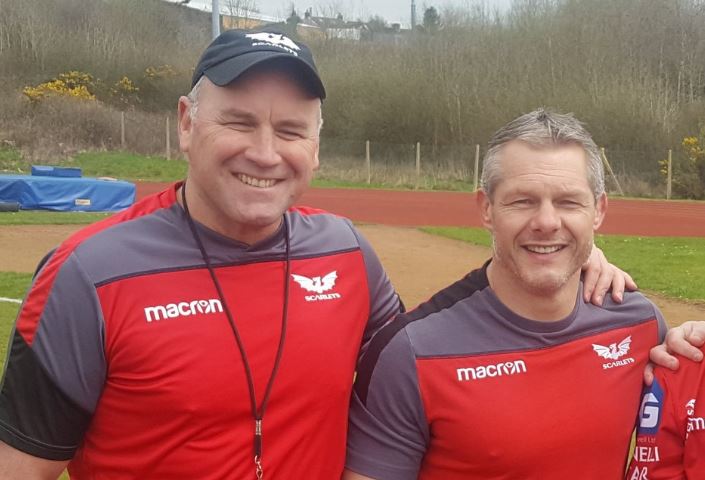 Sam Warburton is the right man to help tap into the full potential of the current Wales squad, according to new defence coach Byron Hayward.

The former Wales captain has been added to the Wales coaching team as an advisor because he can bridge the generational divide.

But it’s still only just over a year since Warburton decided to retire and that makes him a crucial part of the new set-up, in the eyes of Hayward.

“I think Sam is going to add so much value to what is already a good part of our game. He will have the respect of all the players,” added Hayward.

“I can’t talk to them about when I played because I am an old grandad to them. Sam is from the here and now.”

Hayward also believes having Warburton as his right hand man will allow him to ‘spread the love’ in the Welsh squad.

It was Hayward’s predecessor, Shaun Edwards, who first identified the need for more than one specialist in his area, and Hayward worked with Pivac to recruit Warburton to the new-look Welsh coaching ticket.

“We were looking for someone else to assist in defence because we didn’t just want to give a service to the 23 players for the team on a Saturday,” explained Hayward.

“We have a squad of 38-40 players who all need an equal amount of time and service. We need to grow those players who are pushing to break into the 23.

“Those players need to feel the same love as the 23 because next week they could be in the starting XV. That makes them just as important.”

Former Wales and British and Irish Lions skipper Warburton may have been a last minute addition to Pivac’s back room staff, but Hayward believes he can make a real difference with his more recent expertise.

“When top players finish they have all this knowledge inside their heads, but the challenge to Sam now is to get that knowledge into 40 players. That’s the art of coaching.

“Hopefully, I can help him with that because I’ve had a lot more experience on that front. He will be a massive, massive asset and his coming into the set-up is nothing other than a positive.

“We knew we wanted someone else to come in to join us and we looked to see where we could add most value. We found it was in the contact area of the game.

“Wayne is big on compatibility in a coaching group and being on the same wavelength. You don’t have to be best mates, but you need to have the same rugby philosophy.

“I didn’t know Sam personally, but he has been there and done it – and done it very, very recently. He has been at the coal face and I just felt that if he wanted to do this job he would be the perfect candidate.

“I spent some time with him and I am really excited about working with him because I think he is going to add so much value to what is already a good part of our game.”