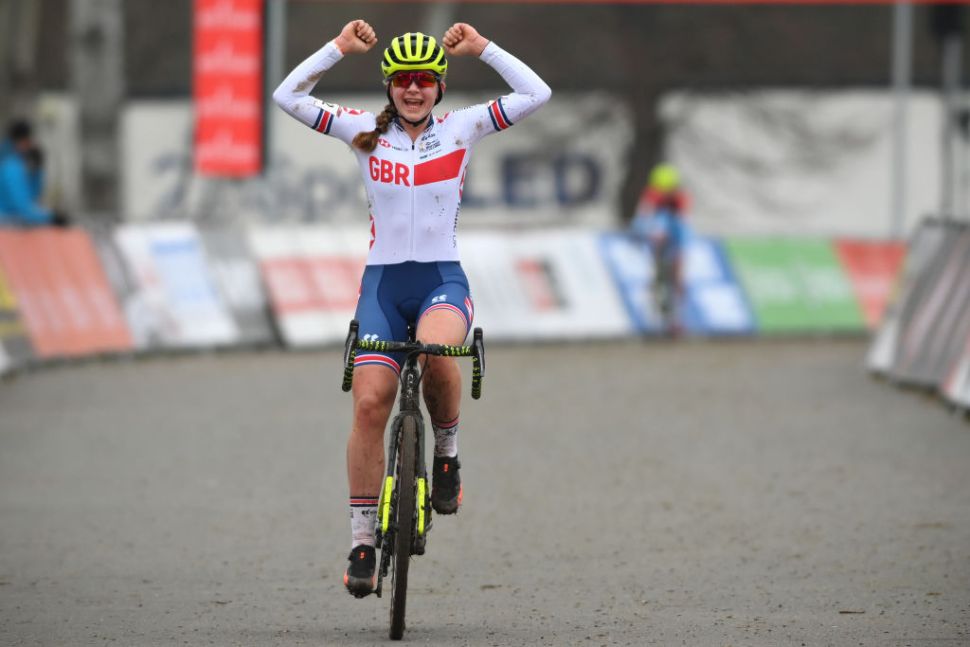 Zoe Backstedt’s chances of claiming another UCI Cyclo-cross World Cup victory this month have been dashed by COVID-19 regulations.

Cycling’s governing body has cancelled the junior women’s races that were scheduled to take place victory in Belgium, in Namur on 20 December and Dendermonde on 27 December.

Backstedt stormed to victory for Britain in the junior women’s race in the World Cup opener in Tabor, Czech Republic, last weekend.

The 16-year-old from Pontyclun won by 11 seconds from her rivals to underline her status as one of Britain’s top cycling prospects.

The junior men’s and under-23 men’s events have also been cancelled after the Belgium government enforced strict COVID-19 measures until January 15, 2021.

Under the rules, which began at the end of October through November 19, professional sports must take place on empty grounds while amateur sports competitions are prohibited for participants aged over 12, both indoors and outdoors.

“Due to the current pandemic (Covid-19) linked to the novel coronavirus (SARS-CoV-2), the Belgian government has recently announced the continuation of measures and restrictions on sporting events until 15 January, 2021,” a statement said.

“Consequently, the Union Cycliste Internationale (UCI) regrets having to announce that the Men Junior, Women Junior and Men Under 23 races at the next two rounds of the 2020-2021 UCI Cyclo-Cross World Cup, which will take place in Namur (Belgium) on 20 December, and Dendermonde (Belgium) on 27 December have been cancelled.”

“The UCI shares the disappointment of the cyclo-cross community and acknowledges the organisers’ efforts in these difficult circumstances,” read the statement.

The elite men’s and women’s races are unaffected by the measures and will be held according to the original schedule.

The World Cup series had been reduced to just five rounds this year due to the COVID-19 coronavirus.

The other two rounds are scheduled to take place at Hulst in the Netherlands on January 3 and  Overijse in Belgium on January 24.

The UCI are hopeful that the 2021 UCI Cyclo-cross World Championships, to be held from January 30-31 in Oostende, Belgium, will feature the full planned programme.

“The UCI remains confident, on the basis of ongoing discussions with the organiser and the competent authorities, that the events in the Junior and Under-23 categories will be included in the competition programme of the 2021 UCI Cyclo-cross World Championships.”