Wales lacrosse captain Dr Eleanor Gaastra has put her sporting ambitions to one side as the coronavirus pandemic forces the focus on to her day job in intensive care. The 31-year-old is a specialist anaesthetist at Salisbury District Hospital and admits her thoughts currently barely extend beyond keeping her patients – and herself – healthy. Gaastra told the Sunday Telegraph: “Everybody in the country’s life has changed. The focus is obviously on coronavirus – and so it should be.

Swansea City believe “huge interest” in Wales’ cancelled game with Austria will encourage Ryan Giggs and his players to visit the Liberty Stadium in the future. Wales’ friendly with fellow Euro 2020 finalists Austria, which was due to be played in Swansea last Friday night, was cancelled because of the coronavirus pandemic. The game would have marked the return of the national team to Wales’ ‘second city’ for the first time in seven years, with Croatia the last international visitors there in March 2013.

Struggling with self-isolation? Finding the couch – with only Netflix, WhatsApp and Zoom for company – a challenging environment? Fear not, because help is at hand. The Isolating King Richard Parks tells Rob Cole how to get properly in the zone. Richard Parks knows a thing or two about self-isolation and is probably the least concerned of anyone right now about being alone. After all, this time he can do it with his wife, Jo, and son, Fred, whereas earlier in the year he was out on his own for 28 days trekking across Antarctica.

Workers are making rapid progress on converting Parc y Scarlets into a temporary hospital to provide extra beds for the NHS during the COVID-19 pandemic. Contractors have been working tirelessly on site since Monday as they look to complete a project that will see up to 500 beds installed at three separate locations on the stadium site. The biggest project is being undertaken at the indoor arena training facility, which will house 252 beds. There will also be a hospital area in the Quinnell Lounge in the South Stand and the first floor concourse.

The Times, They May be Drastic . . . But Neath Are Going Plastic

The spread of coronavirus might have hit Welsh rugby hard, but Neath RFC hope good times are around the corner with the introduction of a synthetic 4G pitch planned at The Gnoll. Championship outfit Neath have seen their season cancelled due to the impact of Covid-19 and one of Wales’ most historic clubs have had tough times in the last few years. Prior to coronavirus causing the current campaign to be abandoned, Neath were fifth in the Championship and the club have grand plans both on and off the field.

It's Tupperware Time . . . Sam L'Homme Is The Man To Avoid In The DAIsolate Cup

FIFA'S Nations League Draw held in Amsterdam couldn't hold a candle to the DAIsolate Cup - even if the names for the second round were being pulled out of a Tupperware tub! Fronting the draw for the Ammanford AFC-inspired virtual FIFA football tournament were S4C’s Sgorio favourites, Dylan Ebenezer and Nicky John. As the draw was streamed live on YouTube from living rooms at different ends of Wales, Ebzy commented: "They've even shaken the Tupperware box - fantastic! FIFA have got nothing on this.

Terrifying Trebanog Prove DAIsolate Cup Real Deal As They Crush Carn . . . Can Anyone Stop Them?

Cardiff are hoping to reward their Indigo Group Premiership players with new contracts – even if they have no trophy and medals at the end of this season. The Arms Park club are in talks with Cardiff Blues over a range of proposals for next season after the current race for the title came to a shuddering halt. They also hope the current shutdown leads to a fundamental re-think over the way the professional game in Wales is both funded and structured.

The Day Shane Williams Ghosted In At The Death . . . And Proved He Was Paranormal

It was Shane Williams’ final match for the Ospreys and confirmation again of his genius for timing. There were only two minutes left of the 2013 RaboDirect Pro12 final – a classic which is being re-shown by S4C on Saturday at 5.45pm – when Williams chose to shape the match to suit his own purposes. Leinster were leading 30-24 at the RDS Showground in Dublin and hanging on to a lead they felt certain would bring them the title.

Wales hockey star Leah Wilkinson is determined to fulfil her Olympic dream after Tokyo 2020 was postponed during her sabbatical from teaching. In January, Wilkinson started an eight-month break from Ewell Castle School in Epsom - where she is a history teacher and Head of Year 10 - to allow her to focus on preparation for Tokyo. The postponement of this summer’s Games due to the coronavirus pandemic is a difficult enough situation for full-time athletes with competitions, schedules and training plans to rearrange.

Workers are making rapid progress on converting Parc y Scarlets into a temporary hospital to provide extra beds for the NHS during the COVID-19 pandemic. Contractors have been working tirelessly on site since Monday as they look to complete a project that will see up to 500 beds installed at... Read More
29/3/2020EditorNo commentsDai Rug 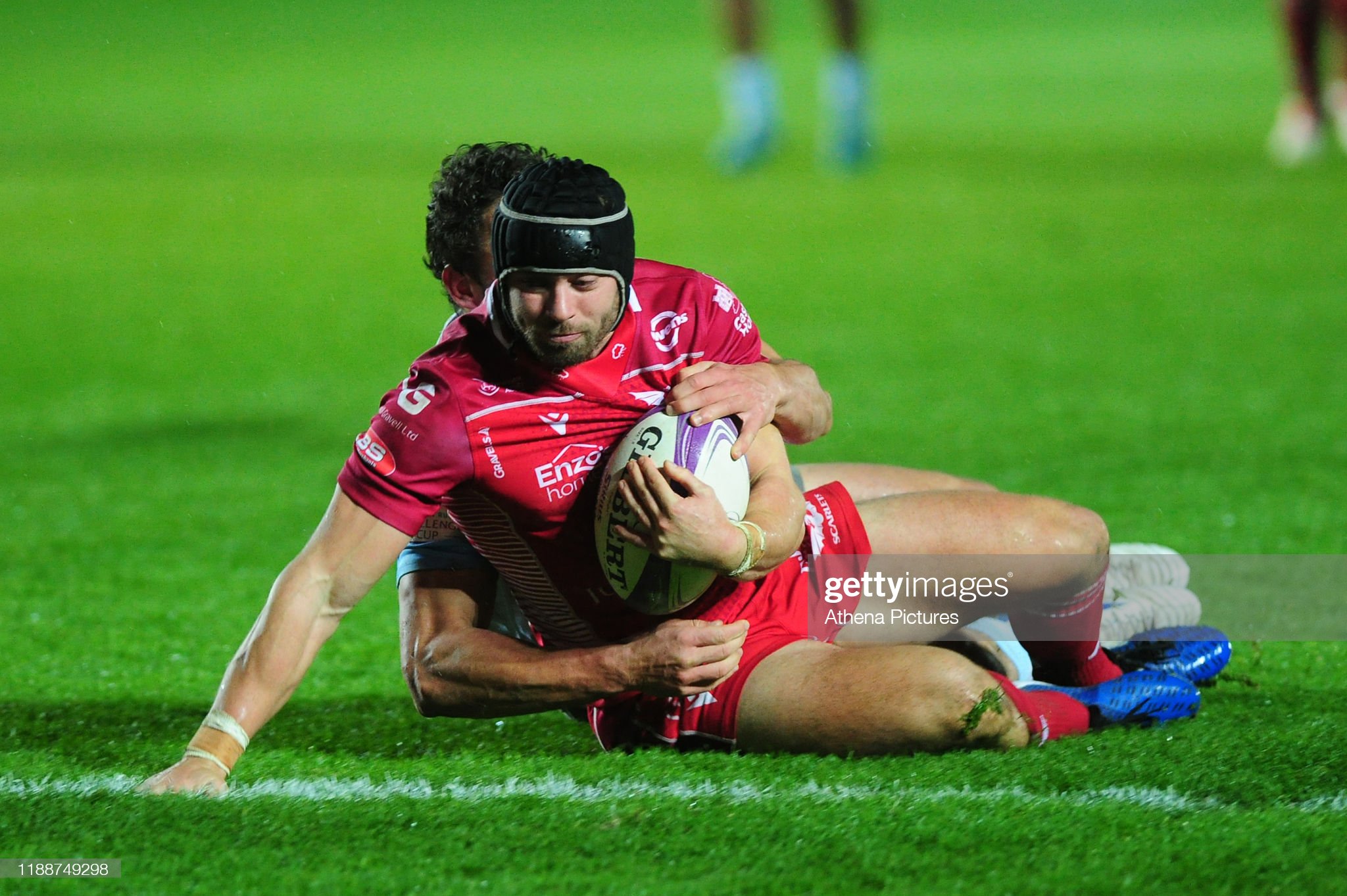 The Dragons and Scarlets will have to wait to discover if and when they can play their European Challenge Cup quarter-finals after EPCR decided to postpone this season’s knock-out matches. In a statement from CEO Vincent Gaillard on Tuesday, EPCR said they had taken the step because of an unprecedented situation... Read More
25/3/2020Graham ThomasNo commentsDai Rug 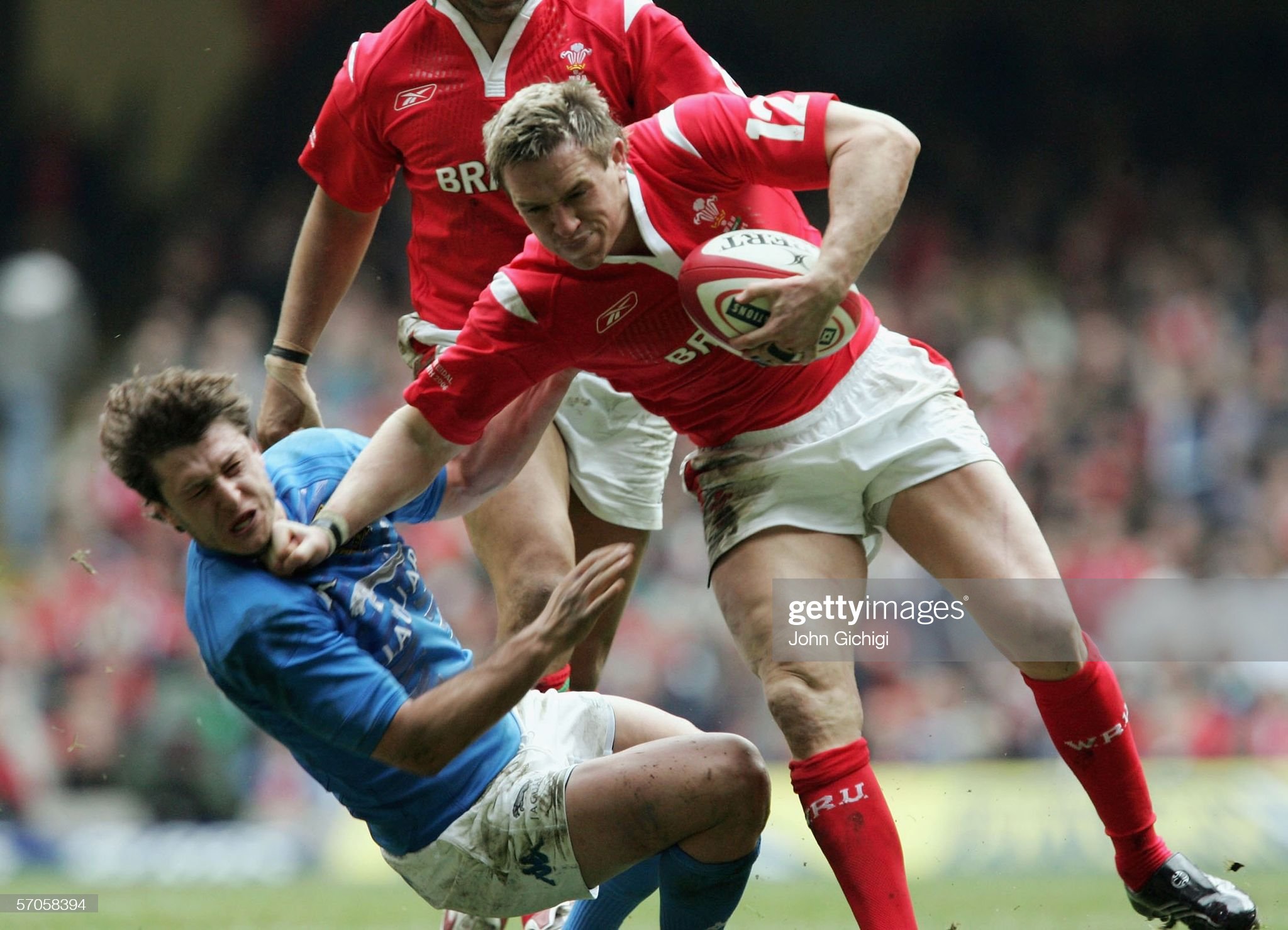 Wales will wear black armbands against England at Twickenham today following the sad passing of former international centre Matthew J Watkins at the age of 41. In 2013, Watkins was diagnosed with a rare form of pelvic cancer and in January this year revealed it had spread to his head. In recent... Read More
7/3/2020EditorNo commentsDai Rug 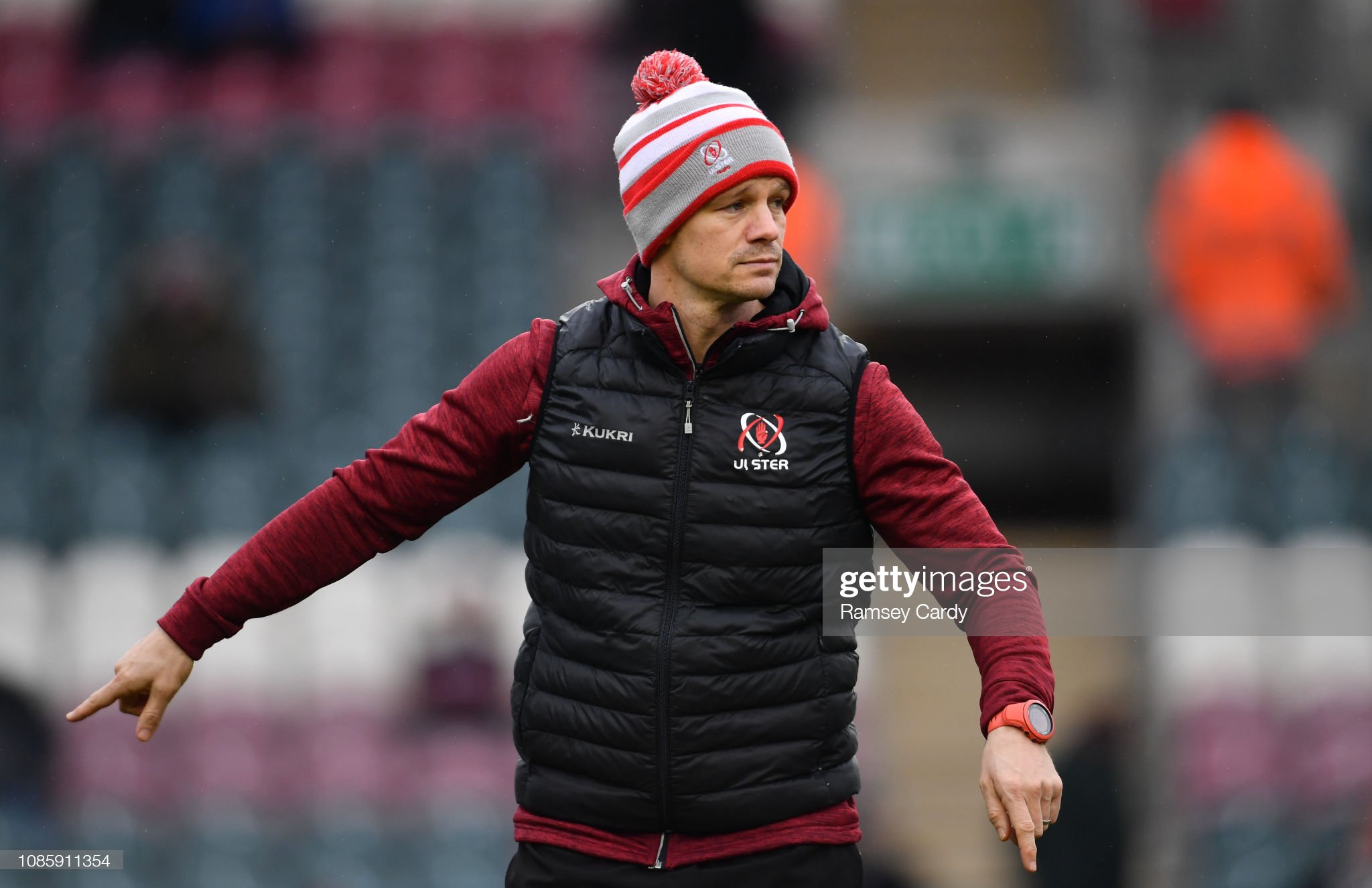 The Ospreys are searching for a young, charismatic coach to take over and have added Dwayne Peel to a hit list of options. The 38-year-old former Wales scrum-half – currently coaching at Ulster – fits the age profile the region are seeking in a new talisman to revive their fortunes.... Read More
26/1/2020EditorNo commentsDai Rug 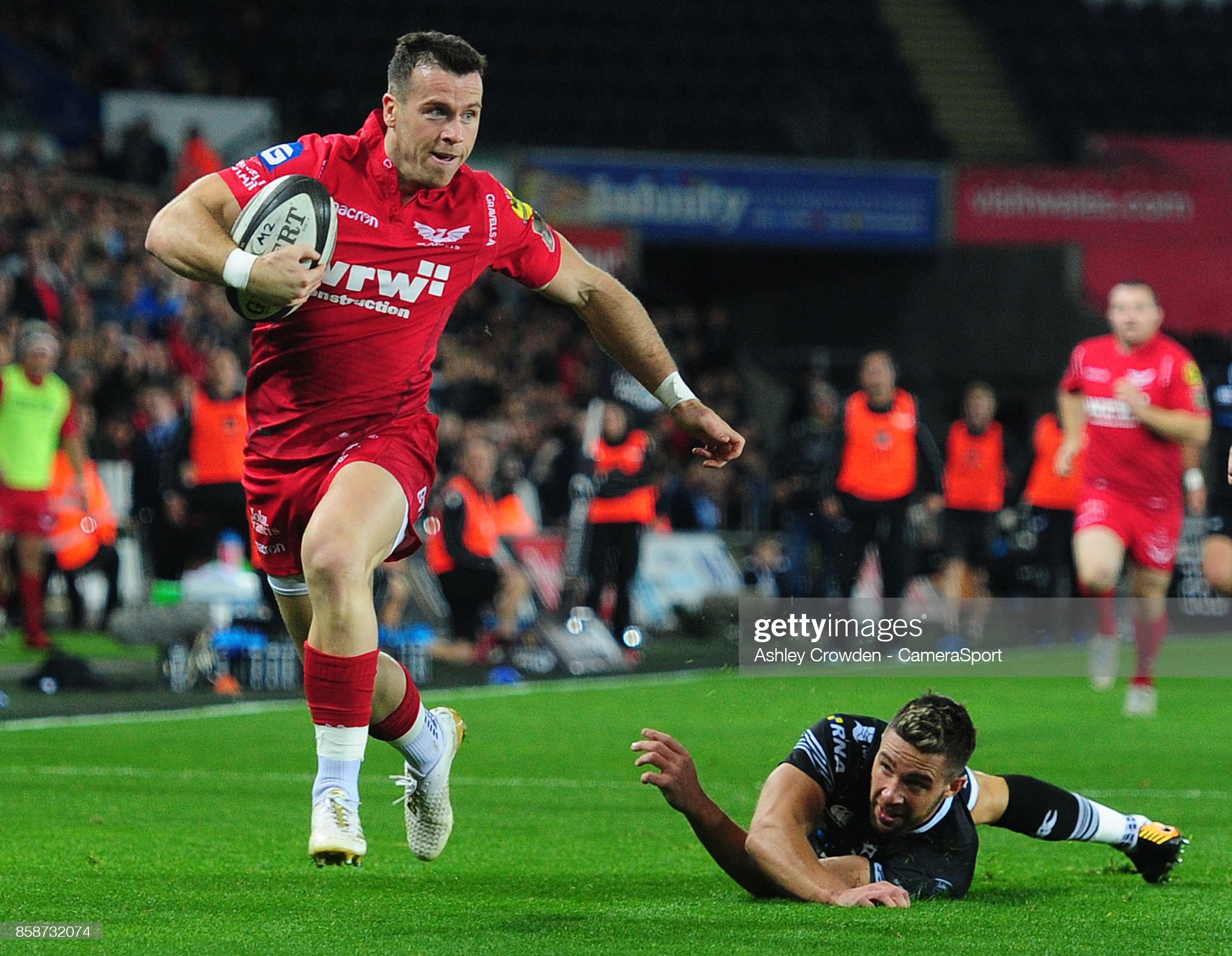 Wales’ rival scrum-halves Gareth Davies and Rhys Webb could get a European showdown after the Six Nations – providing Toulon play ball. The pair have been drawn together in the quarter-finals of the European Challenge Cup after the Scarlets and Toulon both made it through to the last eight. Webb’s... Read More
19/1/2020Graham ThomasNo commentsDai Rug 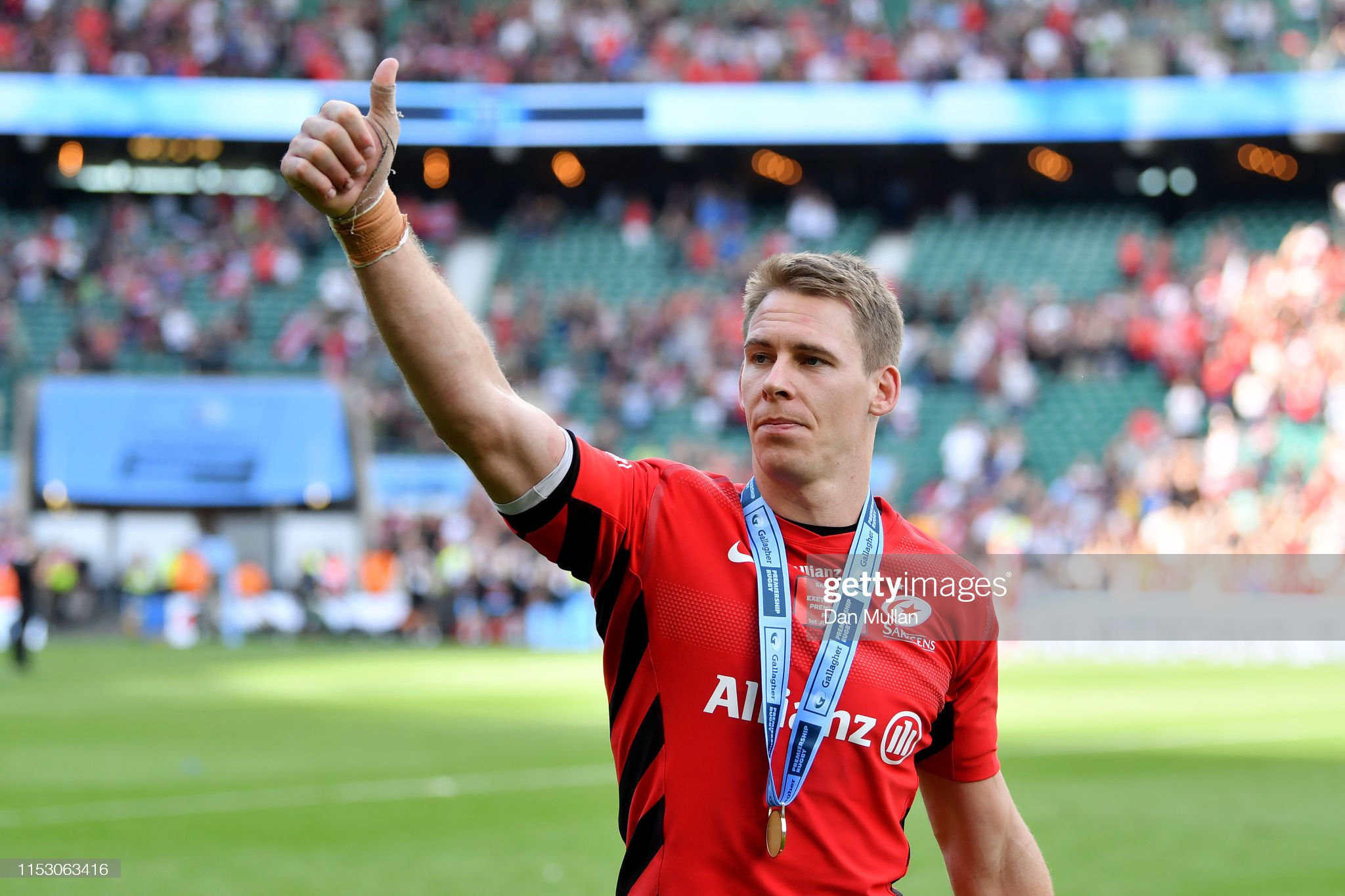 Liam Williams And The 230,000 Reasons Why He'll Be A Scarlet Sooner Rather Than Later

Liam Williams look set to rejoin the Scarlets within weeks – rather than next season - as Saracens bid to bring their financial house in order. The Wales and Lions star already seems to have played his last game for the English champions and will spend the next month trying... Read More
8/1/2020Graham ThomasNo commentsDai Rug
Load More