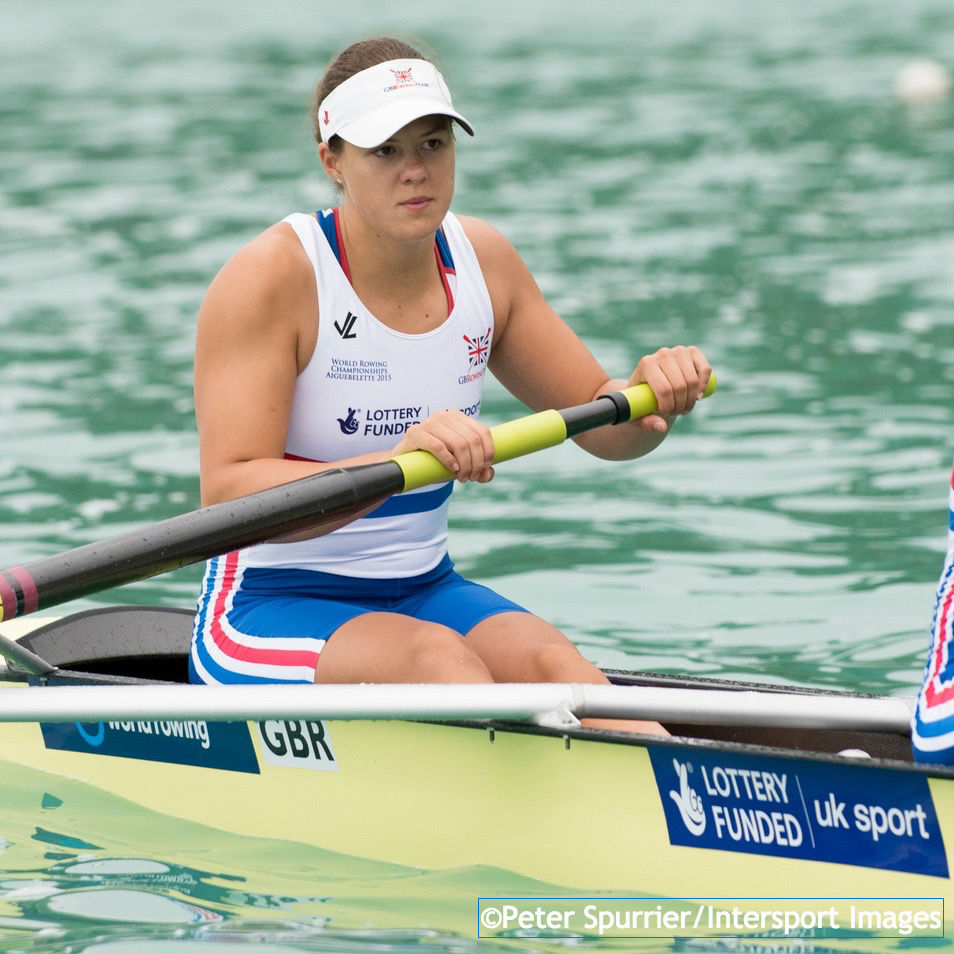 One of Wales leading international rowers, Rebecca Chin, has had to abandon her Tokyo Olympic dreams due to injury.

The 26-year-old north Walian had hoped to complete the remarkable journey from teenager Para-athlete at the Beijing Paralympics in 2008 to fully fledged Olympian in 2020, but has been forced to quit due to on-going back problems.

Her decision brings to a close a decade of remarkable sporting achievement by the Deganwy athlete, who first hit the headlines as a 16-year-old in Beijing in 2008 when she competed for Team GB at the Paralympics in shot and discus.

She went from sitting a GCSE exam that summer to being told she had qualified to throw F44 discus for Britain at that autumn’s Paralympics.

When she arrived in China, the standard check shifted her to the F38 category, deemed more appropriate to her unusual type of leg function that gives her balance and standing difficulties.

She was also entered into the shot put, in which she finished 10th, and simply took everything in her stride. This is what she said about that experience:
“There I was, in front of 91,000 people in the stadium, watching the whole crowd doing a Mexican wave.

“It was amazing being in the middle of it all. I led through all the first five out of six throws in the discus. I don’t remember how many times I broke the world record, it might have been two or three. It almost felt too good to be true, and the way it turned out, it was.”

In the last round she was beaten by a Chinese thrower, but in a bizarre turn of events, 20 minutes after finishing second in the discus, and moments after being interviewed by BBC commentator Steve Cram, the teenage Chin was told that she had been stripped of her medal due to an on-the-spot reclassification of her disability.

In effect, the judges deemed that her impairment, consisting of hyperlax ligaments in both feet, didn’t make her “disabled enough”.

“When they called me into a small room after the event I just thought I was being drug-tested. But it was the classifiers and they told me I’d been declassified directly there and then. They’d watched me do my shotput, and afterwards had told me ‘it’s 100% that’s your classification’, but then they had to watch me do the discus and said ‘medically we think you still fit into the classification, but functionally [for the discus] you didn’t.’”

Tears of joy were quickly replaced by tears of despair in a decision that would have crushed many young sportsmen or women, but not Chin. A chance meeting with multi-medalist Kath Grainger in the victory parade post Beijing opened her eyes to rowing.

A few weeks later she walked into her local rowing club, Royal Chester, and audaciously asked the coaches if they thought she might one day row at the Olympics.

That success came in the women’s four, while in 2017 she won World Cup silver and bronze in the women’s eight and raced in the four and the eight in the first two races of the 2018 season.

“I’ve enjoyed my time with the GB Rowing Team, but after a lot of thought have decided it is the right time to bring this chapter of my life to a close.

“I’m really proud to have made it into the national squad and I’m now excited to move on to the next stage of my life,” said Chin, who missed out on the Rio Olympics through injury.

“Rowing has given me so much since I took it up in 2008, from lifelong friends and memories to the chance to travel the world. But it’s also taken its toll.

“I’ve been dealing with more back injuries this last year which, in part, has meant I’m not able to enjoy the sport as much as I did. The medical team have given me great support in overcoming my injuries, but I now want to look after my body for the future.

“There are so many people to thank for their support over the years, including my family and friends, teammates, coaches and support staff at British Rowing, as well as the National Lottery for the funding that has allowed me to train and compete full time.

“I wish everyone the best for the rest of the season and I’ll be cheering for you on the road to Tokyo 2020.”

After finishing fifth with Lucinda Gooderham in the women’s pair at the 2015 GB Rowing Team Senior and U23 Trials, Chin was given another chance to impress at the Essen Regatta in Germany.

She took it with both hands as she and Karen Bennett won double gold in the women’s pair. The same partnership competed as a second GB pair at the World Cups in Varese and Lucerne.

Chin and Bennett were then selected alongside Gooderham and Holly Norton for a women’s four at the World Rowing Championships in Aiguebelette, where they won an impressive silver medal. Chin was also a member of the women’s eight crew that won silver at the 2013 World Rowing U23 Championships in Linz, Austria.

She also won the under-23 and open women’s categories at the inaugural British Rowing Sculling Festival in 2013. She was selected for the senior GB Rowing Team for the first time in 2014 as part of the women’s eight that competed at the Windermere Cup in Seattle.