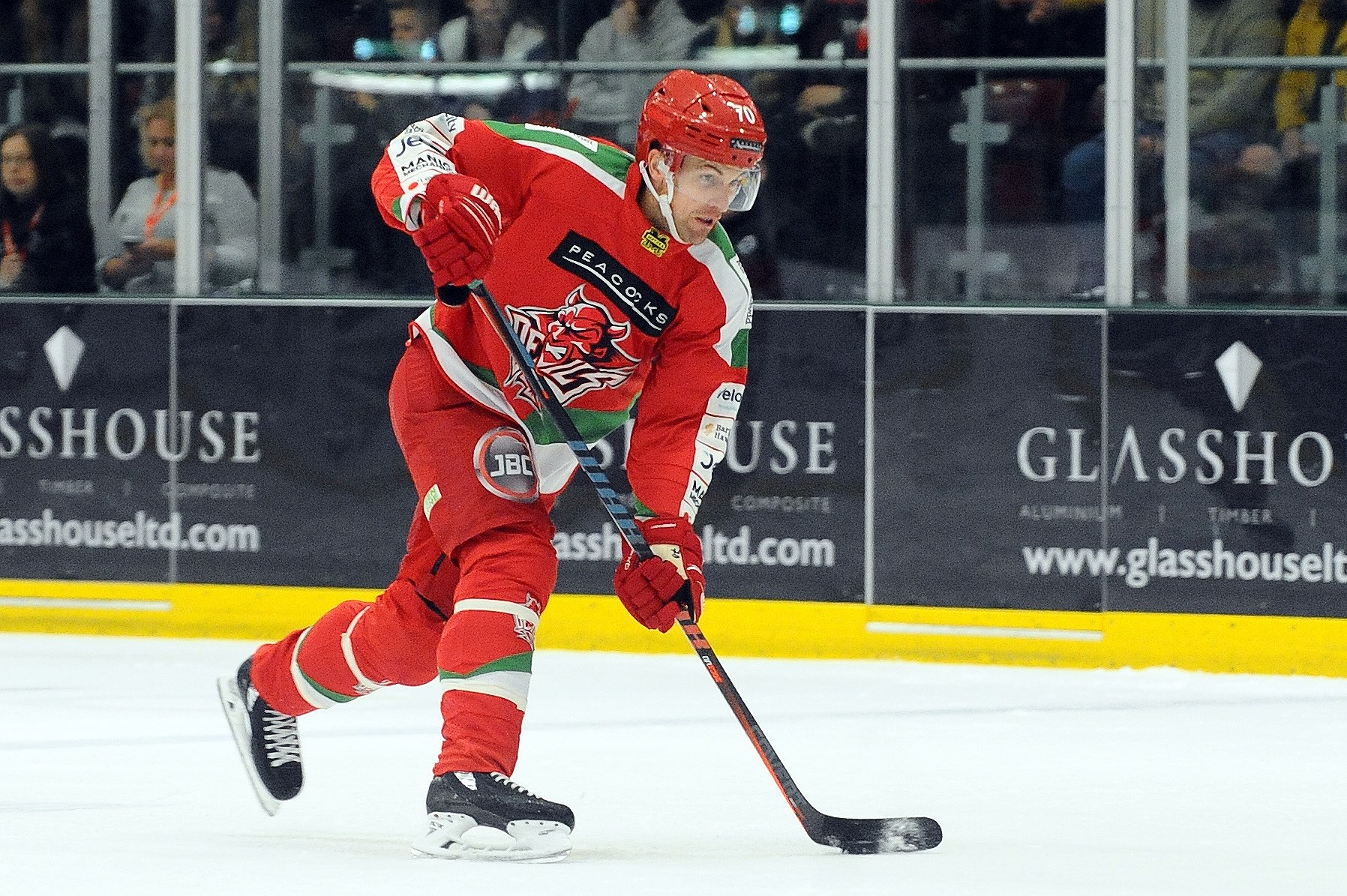 Charles Linglet on the puck for Cardiff Devils.

Canadian Finnerty was an intense, aggressive competitor during his playing days and his Manchester Storm team play with that same commitment.

“Finner’s rough and tumble style of play is exactly how he has built his team and it’s going to be a real battle on Saturday,” says a Devils press statement, while coach Andrew Lord said: “Our key is to focus on our own game and stay disciplined.

“Our power play has been clicking really well and special teams are going to play a factor in this game.”

Cardiff have the top power play scoring percentage, clicking at 24.5%.

Charles Linglet leads the team in points after 32 matches, standing second overall in league scoring with 14 goals and 29 assists for 43 points.

Fournier, who leads all defencemen in league scoring (14 goals/26 assists/40 points). He is the only D-man among the top 10 scorers in the league.

The consistency of Devils netminder Ben Bowns puts him second on goals against average, allowing just 2.47 goals per game with a save percentage of 91.5%.

His 23 wins are also second overall in the league through 32 games.

Joey Haddad missed the home win against Flames because of a minor injury and will be assessed over the next couple of days.

The puck drops at 7pm at Viola Arena on Saturday Night.  For ticket information call 0800 0842 666 or logon to www.cardiffdevils.com