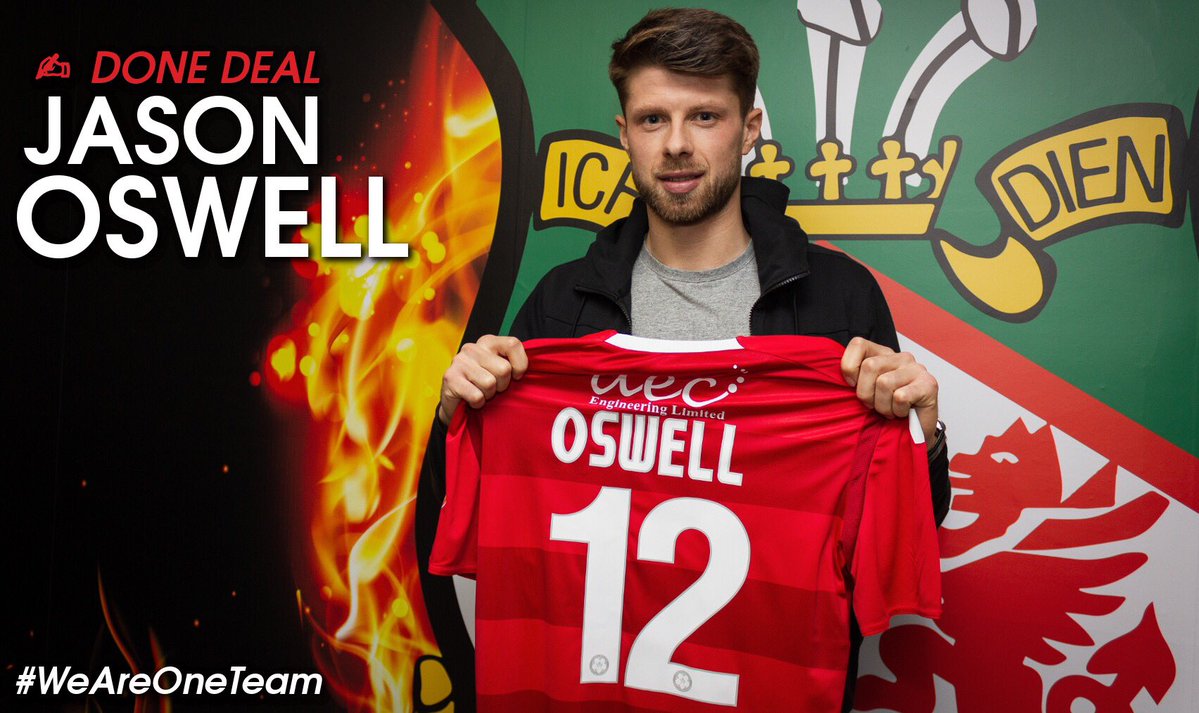 Graham Barrow admitted Wrexham’s 1-0 home defeat against Dover Athletic felt like ‘a smack in the face’.

The Dragons manager said: “This was a reality check.

“The euphoria of over a week ago, two great victories (v Salford and Solihull), and then what has happened in the last two games.

“I can’t fault the players in terms of effort, but we need to put shots on target and get behind opposing teams.

“It just smacks in the face. We need to do something up front.”

Anthony Jeffrey scored the only goal three minutes from time at the Racecourse and Wrexham slipped to a second successive defeat.

It was clear there was a need for Barrow to strengthen his attack and on the day of their clash with Dover it was confirmed that Morecambe striker Jason Oswell has joined Wrexham.

The firmer Welsh Premier League player, who played for Rhyl, Newtown and Airbus UK, has signed an 18-month contract with Wrexham.

Northwich-born Oswell, 26-year-old who came through the youth system at Crewe, scored 56 goals in 104 appearances for Newtown.

Wrexham have applied for international clearance which would allow Oswell to play in Tuesday’s Vanarama National League match at Bromley.

“Jason is a natural goal scorer who I have monitored for a while,” says Barrow. “He will help out up front, an area that I have been wanting to strengthen during this January window.

“He is a good athlete, holds the ball up well and runs the channels. I still think that in an ideal world we need something else as well.

“Rekeil Pyke comes back on Monday and it would be nice – like when we were searching for that elusive goal to be able to bring strong attacking players on.”

Loanee Rekeil Pyke has been having treatment on a hamstring injury at parent club Huddersfield.

Wrexham have dropped to third in the National League, but remain four points behind leaders Leyton Orient with a game in hand – Tuesday’s trip to Bromley.

Both teams were below their best and Wrexham failed to break down a visiting team determined to keep things tight at the Racecourse.

Luke Summerfield and substitution Ben Tollitt both went close to scoring for Wrexham, but victory went to the visitors from Kent thanks to that later Jeffrey winner.