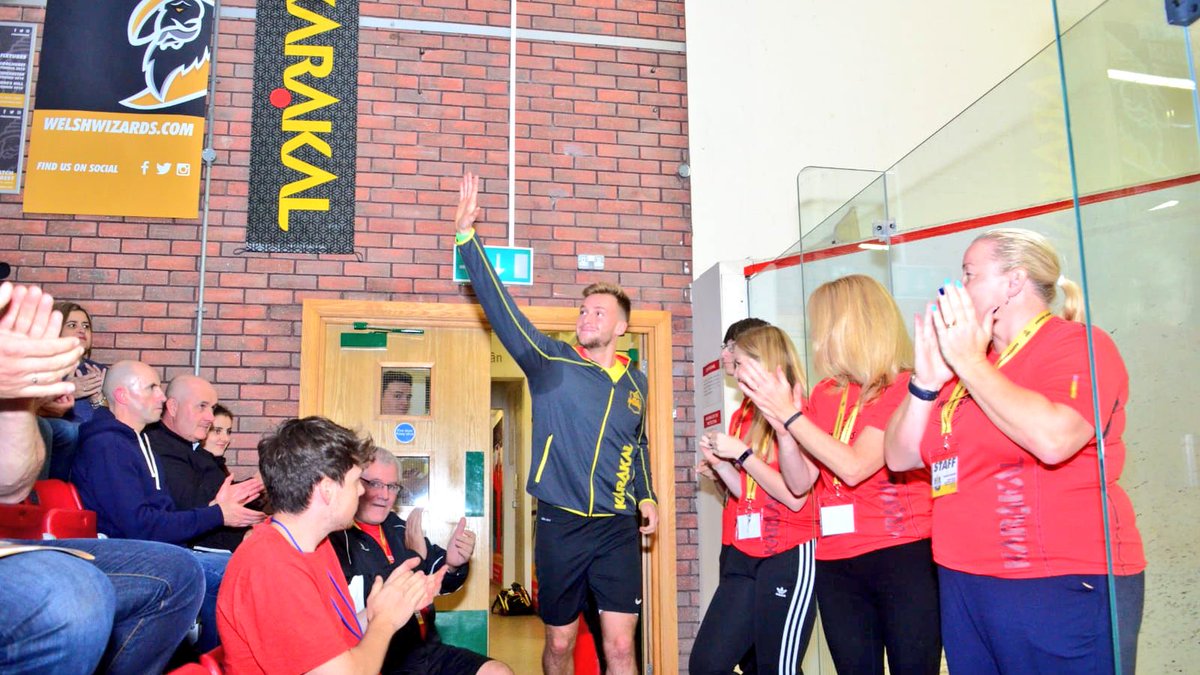 Jonah Barrington, arguably the biggest name in World squash, played a huge role in the emergence of Egyptian brothers Mohamed and Marwan Elshorbagy.

The Premier Squash League top of the table clash is at the Sport Wales National Centre in Cardiff when Tradition@RAC are the visitors.

Marwan signed for Wizards club at the start of this season, but missed club matches and tournaments due to personal reasons which meant he had to go home to Cairo.

His absence has seen his ranking slide from three to eight, two below Commonwealth Games gold medallist Coll.

The Elshorbagy brothers launched their professional careers after a chance meeting near the oldest of the seven wonders of the world – the Giza pyramids.

Mohamed, aged 15 at the time, asked if he could practice with Joey Barrington, Jonah’s son, during the 2006 World Championships. Barrington junior was unable to oblige, but called his father back in Glastonbury.

Apparently, the youngster proffered such a limp handshake that Jonah was immediately moved to give his first piece of advice: “When you shake hands with somebody, you should show them you are strong.”

A year later, Marwan joined them. He spoke no English and admits the first fortnight was the toughest of his life, during which he understood nothing and spent hours in tears.

Both, however, were closely supported by Basma Hassan, their clever and determined mother who relocated to within 800 metres of Millfield School and ensured the lads were up at 7am for an hour’s fitness session each day before school.

Her coaching knowledge grew watching Barrington and Mohamed said: “She would often help us during tournaments and understands us more than anybody else.”

Ian Thomas, a coach who worked closely with Jonah Barrington at Millfield, became close to the Elshorbagy brothers and said: “The brothers are very different. And so is their squash.

“Marwan is like a fledgling, still with so many areas he can maximise. He can become slightly quicker. His body can be slightly stronger.

“Mo is amazing. Marwan didn’t have Mo’s physical strength, so he learned to skin a cat in different ways. Mo had power; Marwan learned subtlety.”

By the time they left Millfield and gained degrees at the University of the West of England in Bristol, their feelings about a foreign land were also transformed.

“Every time I went back to Egypt, I used to look forward. I couldn’t wait for that moment,” said Marwan. “Now I can’t wait to go to the UK. It’s the other way round, amazing.”

Marwan’s first win against older brother Mohamed was in the Windy City Open (Chicago) during 2017 when he came through 3-2 in a match lasting 69 minutes (see video above).

Wizards have been given a massive boost with Marwan now available for the first time. They are only two points behind leaders RAC in their group.

This is the highest level of club squash in the World and Wales have a rich tradition in the top tier with the Leekes Welsh Wizards and Maesteg former champions.