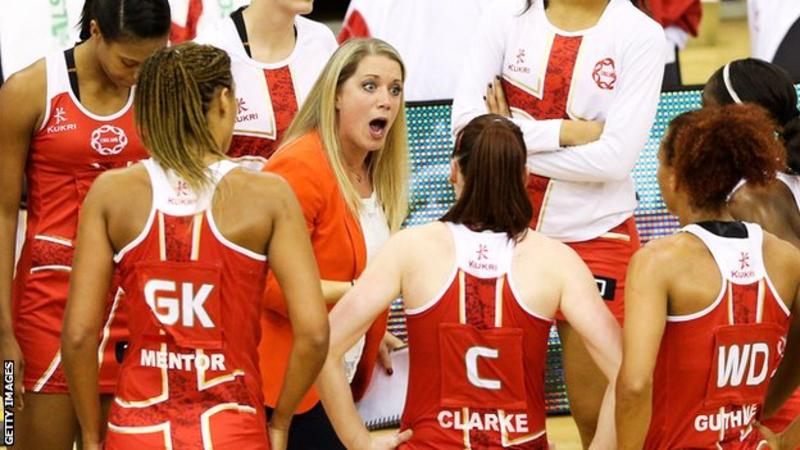 Team Bath head coach Anna Stembridge pictured during her time in charge of the England team.

Former Wales international Anna Stembridge is plotting the downfall of Celtic Dragons in the Vitality Netball Superleague this weekend.

Cardiff-based Stembridge, who played for Wales in the 2002 and 2006 Commonwealth Games plus the 2007 World Championships, are at home against Dragons, is now head coach at Team Bath.

They are at home against Celtic Dragons on Saturday and Stembridge says: “We beat Dragons 58-41 at Super Ten on the opening day of the season, but they will be a different proposition.

“Bethan Dyke is back for them after injury, which makes a big difference. They have had some good results and performances.

“I was at Dragons’ game against Loughborough Lightning last weekend and, while the result didn’t go their way, they played well and we will have to be on our game.

“Hopefully, we will be able to produce that consistent performance across 60 minutes that we have been looking for.”

Stembridge, a senior Lecturer in sports coaching and sport psychology at Cardiff Met University, is in her second spell coaching Bath, having been in charge of the England team between 2011 and 2015.

Their match against Celtic Dragons at home on Saturday (5pm centre-pass)is the first of three Superleague matches in nine days at Team Bath Arena, followed by Strathclyde Sirens on Friday, March 22 (7.30pm) and Severn Stars in a rearranged fixture on Monday, March 25 (7pm).

“It’s a good run of games and we can’t wait to have the home crowd behind us again,” says Stembridge.

“We have had such amazing support this season and the fans were absolutely critical in helping us see out the victory over Manchester Thunder in our last home match.”

Tickets for the matches against Dragons, Sirens and Stars are on sale now – visit netball.teambath.com/tickets for further details.

The next home fixture for Celtic Dragons is against London Pulse at Sport Wales National Centre, Cardiff on Monday, March 25. The match is close to being sold out.