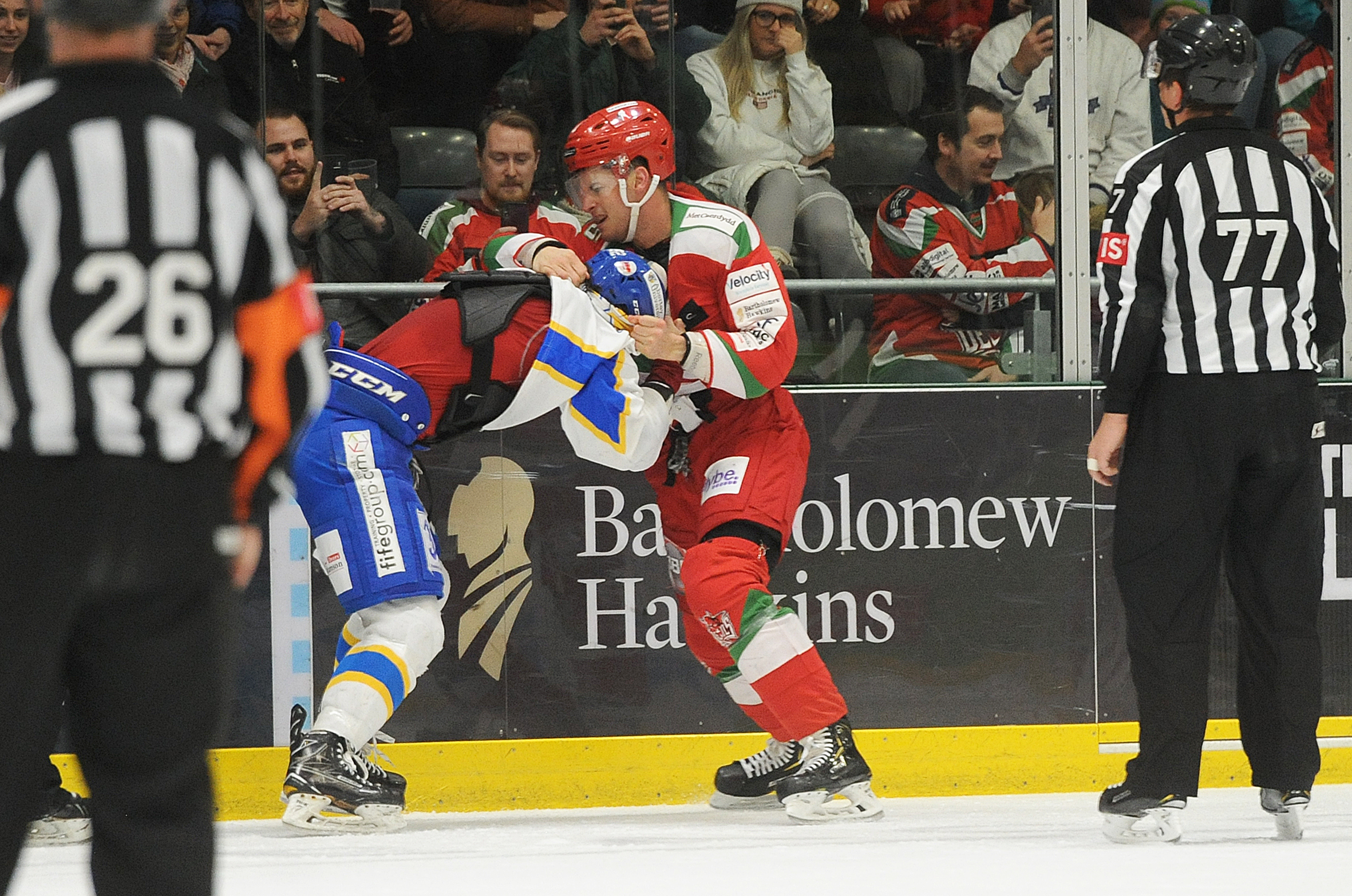 Andrew Lord wasn’t on the best of terms with a Cardiff Devils defenceman nicknamed ‘The Silent Assassin’ when this season started.

There was an uneasy truce between head coach Lord and 6ft 4ins Mark Louis during pre-season, but the man from Ponoka in Central Alberta proved his worth over the last eight months.

So much so that Lord named Louis as his coaches player of the season, a remarkable turn around after a difficult start.

“I get at guys early on in practice and I gave Lou a hard time during the first week,” says Lord. “He didn’t like it. I stood my ground and we quickly got on the same page as coach and player.

“Since then, the guy has been phenomenal. He has the biggest heart I know, plays with such passion and loves the Devils badge.

“He suffered from a tough injury last season that not many people knew about, he’s a great penalty kill guy who has been here three seasons.

“The boys call Lou ‘The Silent Assassin’. He has been outstanding.”

Louis has dropped the gloves to fight some of the toughest players in Elite League when somebody has tried to take liberties and defence coach Luke Piggott said: “Big Lou gets us going with a fight when needed and that’s great – but he’s knocked opponents down far too quickly for me.”

That’s a remarkable six trophies in two seasons – and now he is focused on helping Devils retain the play-offs championship.

Cardiff play Panthers in the second semi-final at the Motorpoint Arena in Nottingham on Saturday, while Belfast Giants take on Guildford Flames in the first game.

Devils are second seeds, having missed out on a third successive League title behind Belfast, while Panthers were third, 22 points behind the top two.

Nottingham have home advantage over finals weekend, but they will be the away team for their semi-final against Devils, who are the higher seeds.

The overarching subplot to this fixture, is that the Devils go in search of their first win at the Motorpoint this season. They’ve lost all three games in the league, all by a goal and all in 60 minutes.

In Cardiff, Devils won all games, two by overtime, by a goal as well.

The winners will play each other in the final on Sunday (4pm), while the losers will compete in the 3rd v 4th place play-off (Noon).