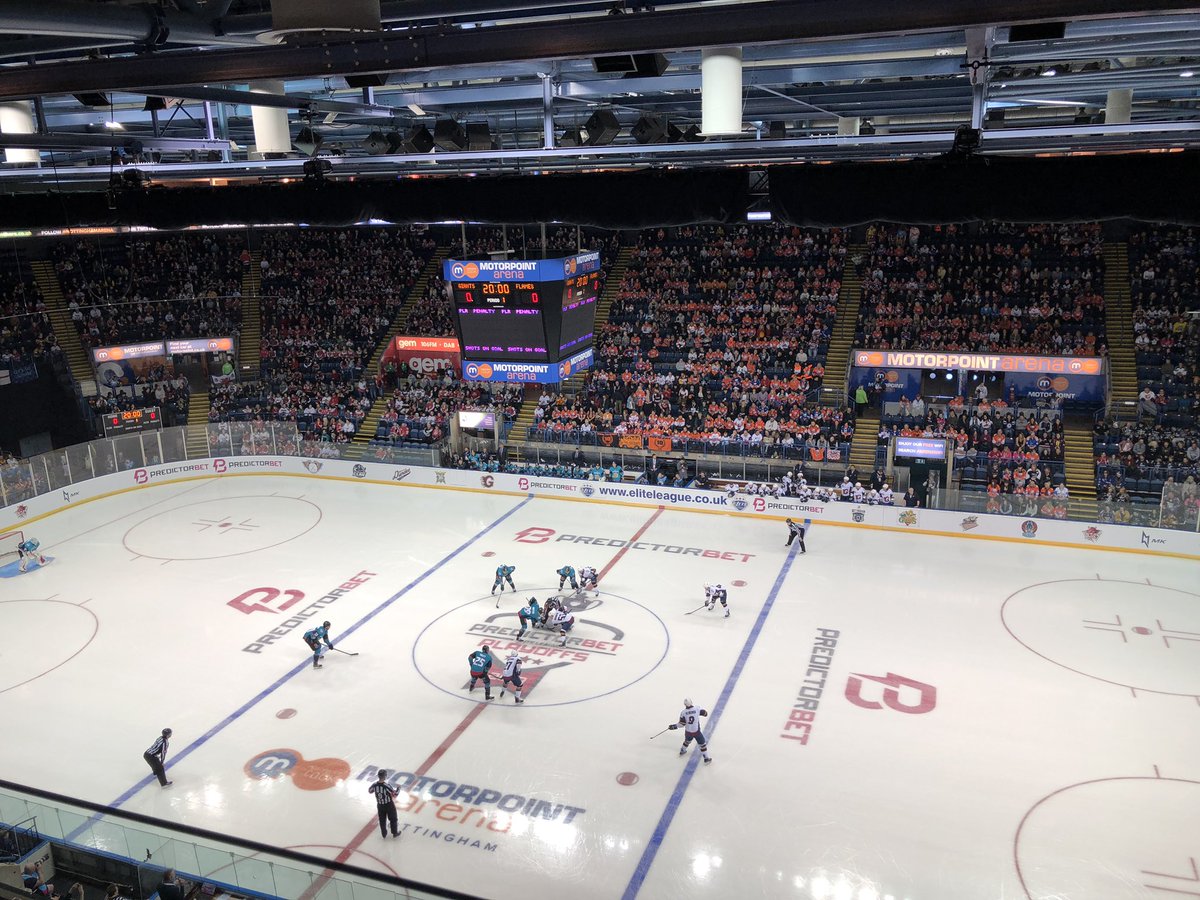 The scene at Nottingham's Motyorpount Arena during the first Play-Offs semi-final.

Canadian playmate Linglet scored four goals in a tenacious, intense Devils performance as they took control against Panthers, leading 4-0 after the first period and 8-3 with 40 minutes gone.

The reward for Devils is a place in Sunday’s final against a Belfast Giants team chasing an ice hockey Grand Slam. They won 2-1 against Guildford Flames.

The two rivals finished level on points in the League table, 22 points ahead of third-placed Panthers.

Giants won the title on a countback of wins and have also lifted the Challenge Cup and Erhardt Conference.

Now captain Jake Morissette and his Devils are the only team standing in the way of Belfast winning every domestic trophy.

Devils are reigning Play-Offs champions and won’t give up their trophy lightly. It will be a ferocious, physical battle in the final match of the 2018-19 EIHL season.

Joey Haddad was ruled out of the Devils team for the semi-final with the gritty, influential James Livingston continuing his good run of form.

Belfast Giants will go for a Grand Slam after scoring two goals in the final period to edge past Guildford Flames by a goal.

The deadlock was broken little over four minutes into the second with a top corner snipe by Guildford’s Ian Watters, who found himself open in the slot and made no mistake finishing over Beskorowany’s blocker. Giants tried to work their way back into the game with increased physical play, but were unable to level the game and after two periods Flames still led 1-0.

The third period saw an increase in intensity with both teams creating chances on goal.

Giants capitalised on pressure, levelling the game just before halfway through the final period when Johnathan Ferland capitalised on a Chris Higgins set-up.

Elite League champions Giants took the lead five minutes before the end thanks to a Patrick Dwyer goal and that proved enough for victory.