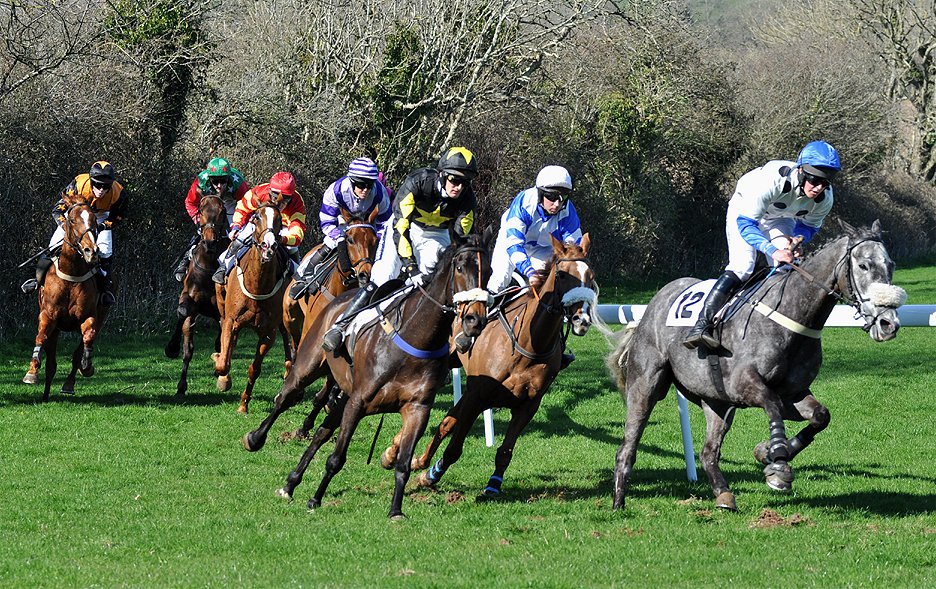 Welsh rugby International Cory Hill has a share in a syndicate horse that has won three point-to-point races this season (writes Brian Lee).

Irish-bred Highway Jewel is trained by Ynysbwl’s David Gibbs, who joked: “This is the third win on the bounce for Highway Jewel and this guy who plays a bit of rugby was seeing her win for the first time.”

With a number of rugby matches played at weekends I suppose Cory has a good excuse.

By winning the race, the mare has now qualified for the £7,000 Connolly’s Red Mills Point-To-Point Championship Final to be held at Cheltenham on Friday, May 3.

She is partnered by Gibbs’ son, Welsh champion rider Bradley, and is qualified with the Ystrad Taf Fechan Hunt.

Bradley said: “She jumped well and we soon put the race to bed.”

She rode a well-judged race to win by 25 lengths from the Llangeinor horse Patricktom Boru ridden by Jodie Hughes and in doing so won the award for the best riding performance of the day, judged by the race commentator Edward Williams.

Isabel, who has also ridden a number of winners under Rules, said: “I was thrilled with the way he ran. Over the moon in fact.”

Cowbridge’s Byron Moorcroft, who  had celebrated his 31st birthday 24 hours earlier, won the restricted on blinkered Holy Water which won by 12 lengths from the pacemaking Snow Puma.

Ben Jones, who had a hat-trick at Saturday’s Glamorgan fixture, came away with a double this time. He won the opening members’ race on the odds-on Midnight Folie, coming home a distance ahead of The Doc, and then the men’s open on the 12-year-old hooded Walkabout Creek.

Odds-on favourite Don Bersy, partnered by Welsh champion Bradley Gibbs, was slowly away at the start gave his three rivals a good start.

Llangeinor horse NorthGeorge, ridden by Jack Tudor, appeared to be going well only to slip up on the bend on the first circuit.

Walkabout Creek was a first winner for schoolteacher Dawn Smedley, who said: “He’s a real pleasure to train.”

At the age of 12, Walkabout Creek was the oldest of the four runners.

What is point-to-point racing, who goes and where is it?

Answers to these questions and more in our new film below, click play now and get a taste of all that is unique about our fantastic sport. 🏇#GoPointinghttps://t.co/pPnWqgsDwI