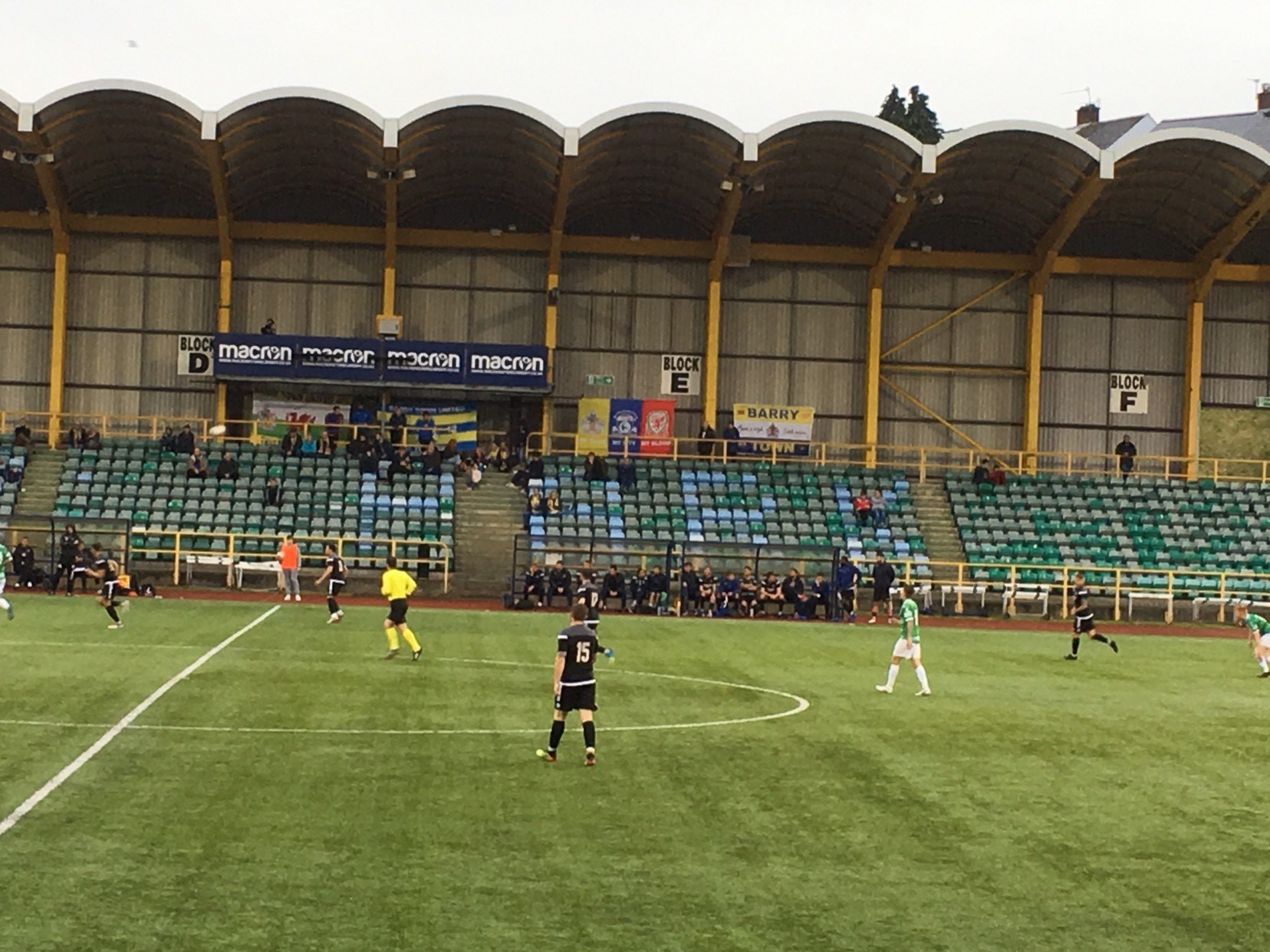 The scene at Barry Town United's Jenner Park during their match against The New Saints.

The New Saints are going goal crazy during their pre-season build-up to European Champions League football.

Kurtis Byrne (2), Jamie Mullan, Adrian Cieslewicz, Kurtis Byrne, Billy Whitehouse and an own goal earned Saints their big win at Barry, although the home team were only trailing 2-1 with almost an hour gone.

Interviews, Photographs And Videos From Our Successful Trip To South Waleshttps://t.co/fIzdSbW02M

The next pre-season test for TNS is against Cardiff Met FC at Park Hall, Oswestry on Friday evening.

Oldham-born Josh Hmami, a 19-year-old former Bolton Wanderers and Barnsley trainee, was given a 90-minutes outing in midfield for Saints and said: “All the lads were buzzing after the game at Barry. It was a great win against a strong home team.”

TNS wore their green and white kit, while Barry played in predominantly black shirts and shorts.

Kayne McClaggon went close after five minutes when his electric pace saw him through on goal with only Paul Harrison to beat, but the goalkeeper kept his composure and saved.

Barry were arguably the better team during the opening 45 minutes, while TNS struck their first goal through Mullan after 28 minutes.

Cieslewicz made it 2-0 from close range after good work by Byrne in the 36th minute, while McLaggon netted for Barry during first half injury time.

Former Merthyr Town striker McLaggon caused TNS plenty of problems with his pace and awareness, but was only able to score once from three golden first half chances.

Byrne scoped twice (57 and 72 mins) to extend Saints’ lead with Whitehouse (75) and an own goal completing the scoring.