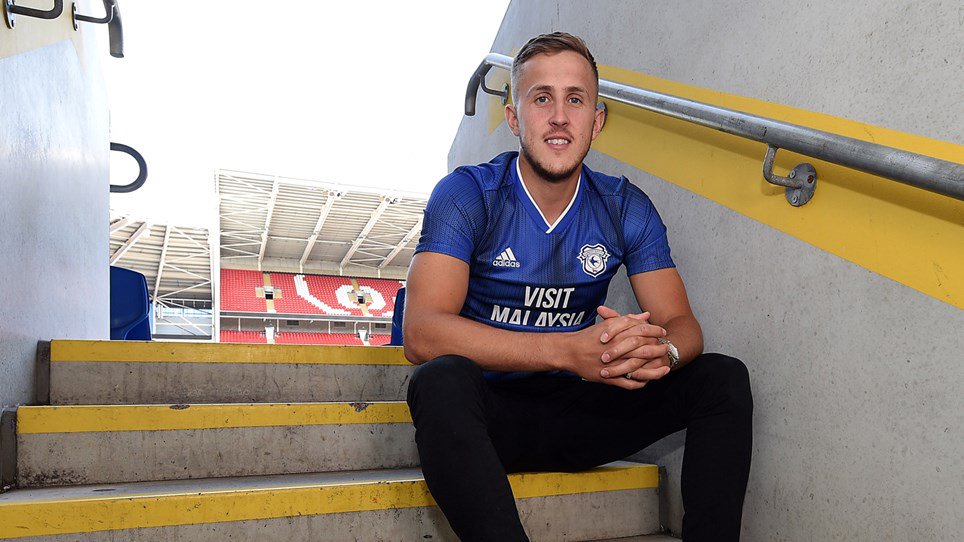 Neil Warnock has praised his Bluebirds for being ‘fitter than ever’ when they returned for pre-season training.

Cardiff City’s manager says: “I’ve never seen a group come back from the summer break as physically fit as our lads have.

“They are aware of their physical responsibilities. Those days where you slapped the weight on in summer doesn’t happen anymore.

“We have a great bunch of athletes as well as footballers.

“The fitness guys have told me what we can do and what we can’t at this early stage in pre-season and I’ve told them what I’m going to do! It’s been hard. It’s been good. You have to work hard to get where you want.”

Warnock was speaking during the launch of a new book, (Only Time Will Tell: A Father’s Journey – by club doctor Len Nokes) and said ‘one or two’ players had returned in ‘exceptional’ condition, although he would not reveal who they are.

“I won’t name names, but one or two lads have come in fit that I never thought possible,” he says. “And who knows, you could change your mind after three weeks and we could have other players in the squad that we haven’t in the past.”

It is known that Lee Tomlin is in his best physical shape since he signed for the Bluebirds from Bristol City in a £2.9m transfer two years ago.

Cardiff fans have not seen the best of Tomlin, a talented playmaker who has top class ability. He has started only five Championship matches during 2017-18, while he has had loan spells with Peterborough and Nottingham Forest and did not make an appearance for City last season.

Tomlin, aged 30, has one year left on his Cardiff contract and has returned intent on making a big impact for City in the coming season.

Harry Arter, Victor Camarasa and Aron Gunnarsson have all left Cardiff, while Warnock has signed Will Vaulks, Curtis Nelson and goalkeeper Joe Day have been added to the squad.

City have their first pre-season fixture against Welsh League Taffs Well on Friday and all senior players will be at the ground, although not all will be playing.

Warnock is intent on adding to his squad and admits a striker is on the list of possibles.

“If the right player came along and we could do it, then we’d probably sign a striker,” says Warnock. “It’s whether we can sign somebody better than those we’ve got at this level.

“That’s what concerns me. We’re looking at all the foreign markets as well as English and if we can get somebody at a good age rather than more experienced to come in and give us something different, we’d go for that.”

Warnock doesn’t expect to strengthen again until after City’s pre-season trip to North America where they play three matches.

“I can’t see us doing an awful lot until we look at if anybody’s leaving,” said Warnock. “Over the next two weeks we won’t be doing anything until we come back from America and then we’ll know by then. If there are one or two leaving.

“ We’ll have a better idea of what we need by then. I don’t have a number in my mind or definite positions because lot depends on whether people come in for my players.

“There have not been any offers so far. But when you ask if I’m confident, you just don’t know in football.

“We don’t have to sell, but if it’s decent money offered players are more replaceable in the Championship than they were in the Premier League.

“It’s about getting the dressing room right. Ours is unbelievable in terms of spirit and energy in training.”

Bluebirds book launch: ‘Only Time Will Tell: A Father’s Journey

All proceeds from the publication are being split equally between British Heart Foundation and the Rookwood Hospital-based Prop Appeal.

‘Only Time Will Tell: A Father’s Journey’,  is  available now  for  £7.95  (plus  postage  and  packaging) via www.cardiffcityfc.co.uk/OnlyTime2019. The book will also be available from selected British Heart Foundation stores around Wales later and are also available for collection from the Cardiff City Superstore.