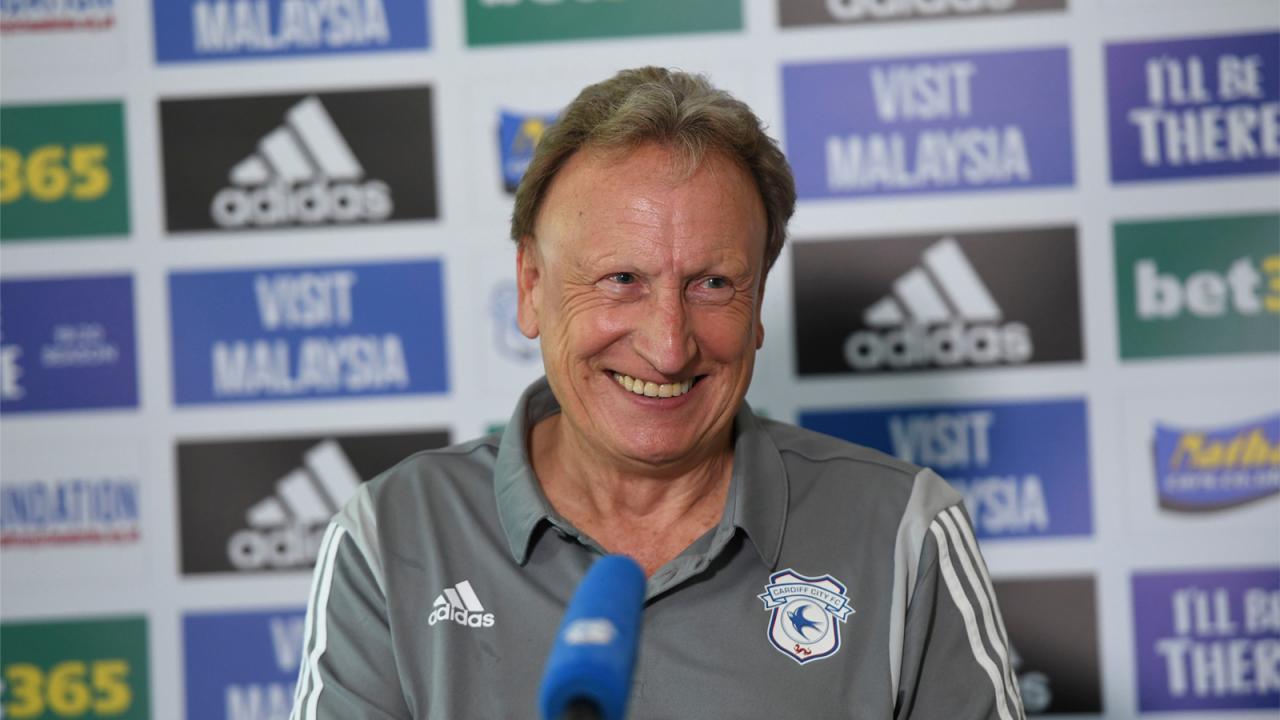 Neil Warnock is aiming high in his final season of football management and that means taking his Bluebirds back to the Premier League.

Cardiff City’s manager insists he will retire at the end of 2019-20 or possibly earlier if they are not challenging to go up.

“The reason I came to Cardiff was because I thought I could get my eighth promotion and call it a day. Here I am talking about a ninth.”

Warnock will assess where his team are in terms of a promotion push at Christmas, saying: “It’s pointless being here if there’s no chance of promotion,” he said.

“That’s why I say we will have to have a look at it at Christmas and see where we are.”

He was ready to retire at the end of last season if City had stayed up, but decided to carry on, saying: “I really should be on the Mediterranean now, because we should have stayed up.

That would have been a lovely time to call it a day. But life’s not like that, it’s not straightforward. We have to regroup.

Cardiff start their Championship season against Wigan Athletic at the DW Stadium on Saturday, but new £5.5m striker Robert Glatzel won’t be playing.

He was sent off at the end of last season while playing for FC Heidenheim and was suspended for two matches. He served one of those in Germany and has to miss the Wigan fixture.

“He is a team player who works extremely hard.

“There will be deficiencies, but in the last two years since he’s come on to the scene, his finishing is quite good as well, so let’s hope he can do the business for us.

“We’ve always struggled for goals when I’ve been here. I just feel Robert gives us something different. The physical side won’t worry him too much. He has a bit of an edge to his game.”

He still hopes to add to his squad ahead of next Thursday’s transfer deadline. That could be loan players from Premier League club’s with midfield and attack the areas to be strengthened.

A number of fringe players look set to leave the club.

Captain Sean Morrison admits he is ‘excited’ by the prospect of a promotion chase in 2019-20.

“We’re excited to get back into the thick of it now,” he says.

“Having that season in the Premier League and coming so close to staying was a big achievement. If anything. We have more of an edge now.

“The squad here wants to get back to that. We want to win promotion and give it another go.

“There is not a better manager (than Neil Warnock) with a knowledge of a league and the nous to get teams promoted. You see that in his record.

“It’s going to be a tough season – there are a lot of good teams in the Championship – but we’re looking sharp.

“We’re ready, and hopefully we can get a big start.”

Morrison is keen to play in then South Wales derby this season, saying: “This is my sixth season with City and I’ve yet to be part of a South Wales derby. To be able to lead the team out in that game will be huge.”

Opening day opponents Wigan Athletic finished the 2018-19 season 18th in the Championship league table with 52 points on their tally.

They spent the previous season in League One, having been relegated from the Championship at the end of 2016-17.

Wigan will have former Bluebirds captain David Marshall in goal, while Anthony Pilkington is also in the Latics’ squad.

Cardiff City squad numbers for the 2019-20 season have now been confirmed: