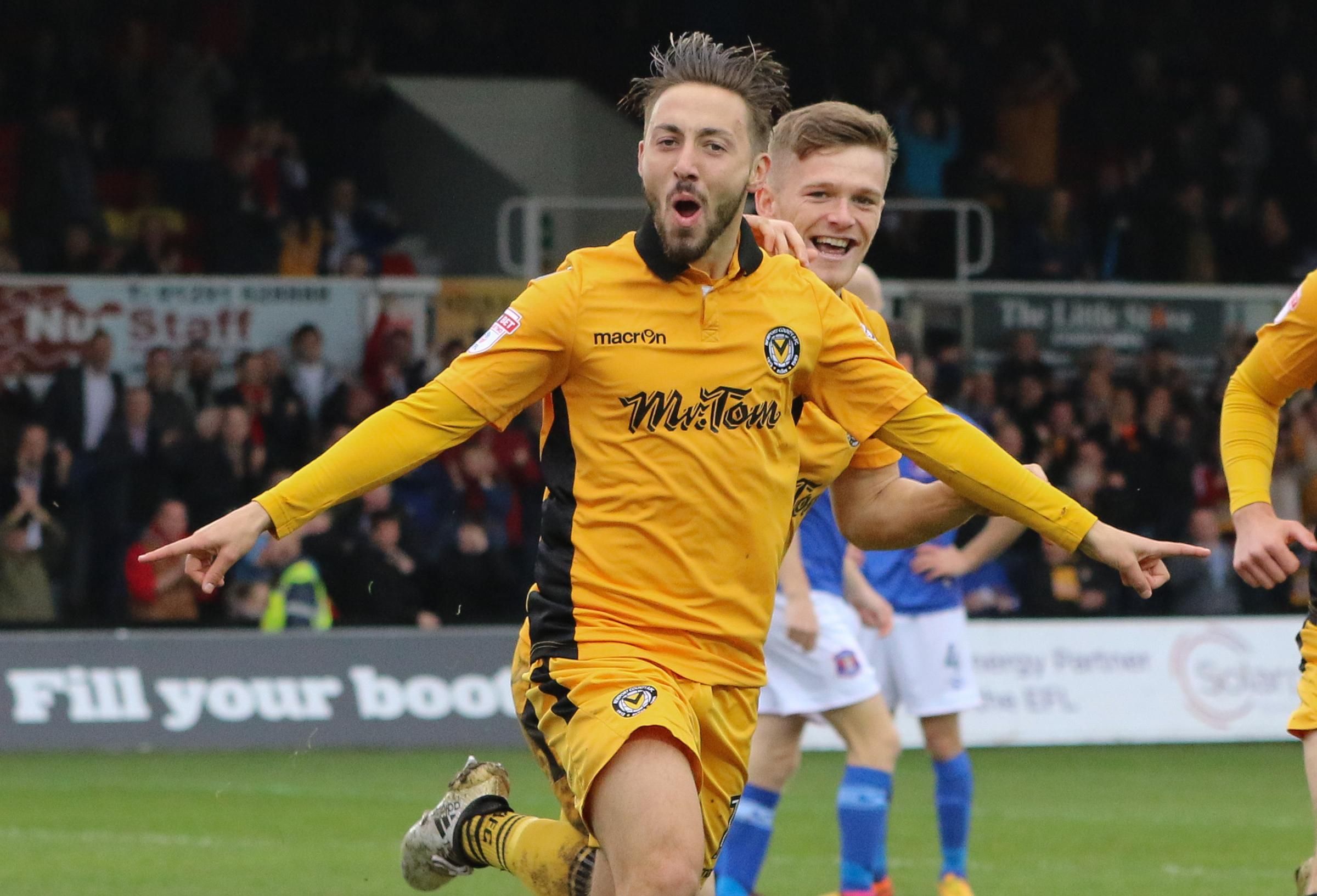 Newport County have taken a two-week break from playing League Two football – and manager Michael Flynn hopes that will boost hopes of promotion.

Flynn has taken up his option of calling off County’s match at Cheltenham Town on Saturday and he says: “It’s for football reasons. There is no hidden agenda.”

Newport’s defeated Carlisle United 1-0 in their last fixture on October 5 and their next match is against Scunthorpe United at Rodney Parade on Saturday, October 19.

“We applied to have it postponed,” said Flynn. “We have three missing on international duty.

“People may say that it’s only one regular, but I’m missing my right-back and I would have had to play Robbie Willmott there because Dan Leadbitter has just had an operation.

“It also gives us a chance to get Ryan Inniss up to speed. And Mickey Demetriou might be fit when we play Cheltenham next, Joss Labadie as well. I could have four big players back.

“There are a load of things that come into it but the decision is for footballing reasons. There’s no hidden agenda. Hopefully it pays off.”

County are third in the table thanks to their 1-0 win against Carlisle, courtesy of a late goal by George Nurse.

They play Exeter City in a Leasing.com EFL Trophy group match at Rodney Parade this evening (Tuesday) when Flynn will make team changes.

He was able to postpone the trip to Cheltenham because Danny McNamara is in the Republic of Ireland under-21 squad, Keanu Marsh-Brown has been called up by Guyana, and Lewis Collins is with Wales under-19s.

Cheltenham are far from happy that the scheduled fixture this Saturday is off, but Flynn is within his rights to ask for the game to be put back.

There is a good feeling in and around the Newport club thanks to their home win against Carlisle and the face that Flynn has extended his contract.

Defender George Nurse is yet to make his full Football League debut and has spent only half an hour on the pitch, but he is already off the mark with his first goal.

Nurse, a 20-year-old on a season-long loan from Bristol City, scored Newport’s 90th minute winner and said: “It’s every subs dream to come off the bench and score the winner,” said Nurse. “I’m delighted. I haven’t scored a goal as good as that and I’ve watched the video a few times.

“It was a good finish. I was thinking about crossing it but I thought ‘no, I’m just going to go for it’ and luckily it paid off.”

“The noise level went so loud and then at the final whistle, you could tell how much it meant to all the fans and shows that we’re on our way to where we want to be.

“It’s a great feeling when you score a last-minute winner.

“It was just the timing, Nursey scoring his first league goal. Unbelievable. One of the best feelings.”

Newport kept a clean sheet in what was a crucial home match, but Flynn admitted: “We were really poor in the second half and Carlisle were the better team.

“It was a little bit harsh on Carlisle. I have a lot of time and respect for Steven Pressley and its bittersweet for us because we didn’t deserve it. A draw would probably have been a fair result.”

Captain Joss Labadie missed the win against Carlisle because of injury and be considered for the trophy home match against Exeter City, but is likely to be ready when County play Scunthorpe United at Rodney Parade on Saturday week.

“He’s feeling an impingement in his ankle bone – a pinching sensation – so we have to be careful that it doesn’t get any worse,” said Flynn.

“Daniel Leadbitter has had a clean out of the knee. There was a little bit of bone floating around and he’s just had that cleared out.

“It was a routine operation, but it’s looking like he’ll be out for around eight weeks.”

Centre-back Ryan Inniss looks certain to play for Newport against Exeter having completed a five-match ban for biting.