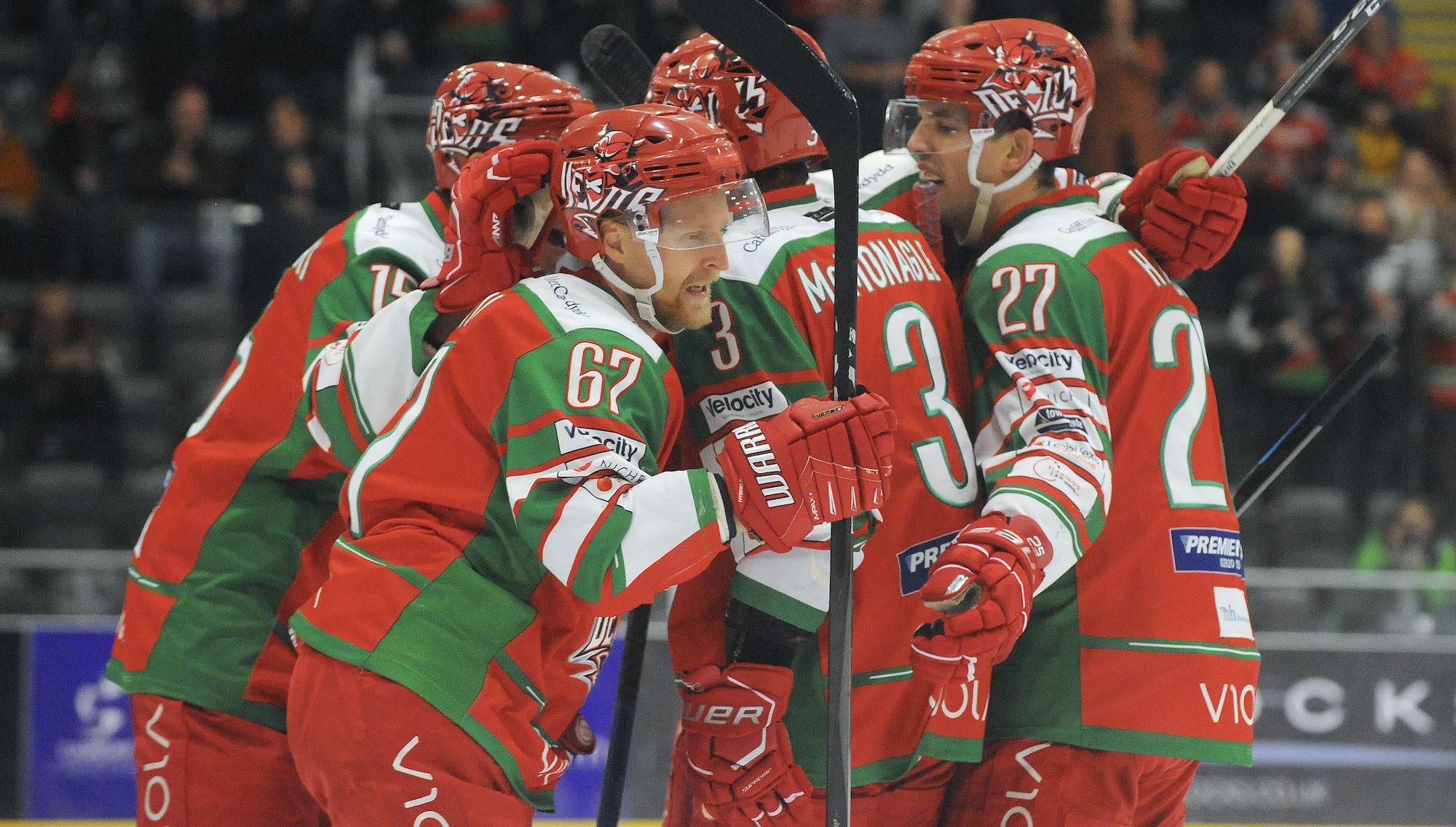 Man of the match Matt Pope led an astonishing Cardiff Devils fightback against Dundee Stars on a proud night for the Elite League play-off champions.

Devils scored five goals in the final period to snatch victory and Pope was at the heart of their comeback, firing home twice in less than four minutes.

“Pope’s contribution was huge,” said head coach Andrew Lord. “We needed a game-breaker and he brought that.

“Overall he is going about things the right way, his approach is better, he is playing with fire and moving his feet.

“He is in on the forecheck and has been for the most part this season. I feel there is still more consistency to come.

“Pope cares so much about this team, this group. I have all the respect in this World for him.

“It was fun to see him get his rewards.”

Canadian Pope is in his third season playing for Cardiff, having scored 42 goals with 73 assists in 125 matches.

Fast-skating Stars were left devastated by the sheer force of Devils recovery after the Scots had led 3-1 and 5-3 and their coach Omar Pacha said: “It was heartbreaking. We deserved something out of the game.

“When you score six goals on the road you expect a positive result.”

Devils welcomed back Blair Riley from injury and Lord said: “He is huge when you think of the way we built our team, leader in so many areas.

“A PK guy, forecheck guy, PP guy. He gets excited for hard games, is up for challenges and adversity.

“Was he at his best tonight? No, but that’s understandable after a lot of time off.

“Blair played huge minutes for us. A fun guy to be around, a fun guy to watch. He loves the game.”

Lord’s talked about his pride for Devils players, saying: “It was an emotional night, full of ups and downs. It was a wild ride.

“It felt as though the match lasted a full day, not simply a couple of hours.

“I loved our fightback. We weren’t at the races early and did not have our head around how we needed to play against that team.

“Dundee trap it up hard, wait for counter-attack opportunities and have a ton of speed. They are good at what they do.

“They make plays off the rush and found that out the hard way.

“We clawed back and clawed back, which shows what character this group has. The way they played for each other was great to see and then when we had to shorten things up a little those sat out a little were unbelievable teammates. Awesome, I am proud of the guys.”