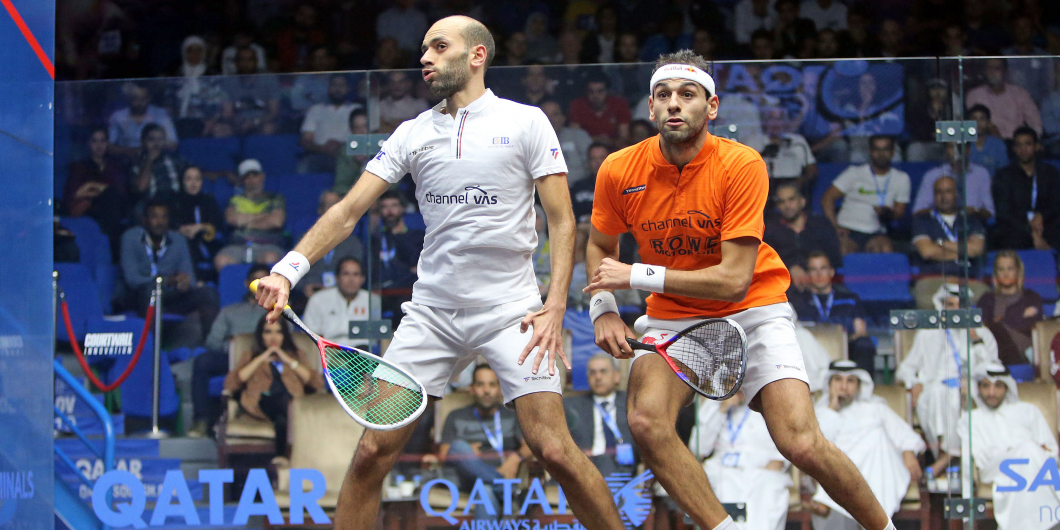 Marwan ElShorbagy, who plays number one for Cardiff-based Welsh Wizards, is running into sizzling form on the PSA World squash tour.

Bristol-based Egyptian Marwan earned one of the most significant wins of his career earlier in Doha, Qatar when he defeated older brother Mohamed to qualify for the World Championship semi-finals.

Marwan led Wizards to victory against St George’s in their last Premier Squash League home match and the Welsh team are now preparing for a home clash with London club Coolshurst.

Former World number three Marwan, now at 10, is intent on climbing the rankings and has been working with one of Mohamed’s biggest rivals – retired three-time World Champion Nick Matthew – since the summer and said the 37-year-old, alongside coach Haitham Effat, was one of the key reasons for his superb form in this tournament.

“I have so much experience in my corner here, in Haitham and Nick and the way they speak to me between games, it motivates me and pushes me,” says Marwan.

“Mohamed and I played five games in less than an hour, but it was really tough mentally for me. Mohamed is one of the most experienced players in the draw.

“He has played against so many different generations, so I knew it was going to be really tough mentally much more than physically.

“At the end it was all mental, and I gave it everything I had.”

The ElShorbagy brothers became the first brothers in history to contest the World Championship final when they went head-to-head in the final decider in Manchester during December 2017.

Mohamed won the championship and had beaten Marwan 14 times in 17 clashes between the siblings before their quarter-final.

Marwen fell short of lifting the trophy, but he is in the best form of his career right now and looks certain to play for Wizards against Coolshurst at the Sport Wales National Centre on Tuesday, November 26.

Semi-finals and final to be arranged