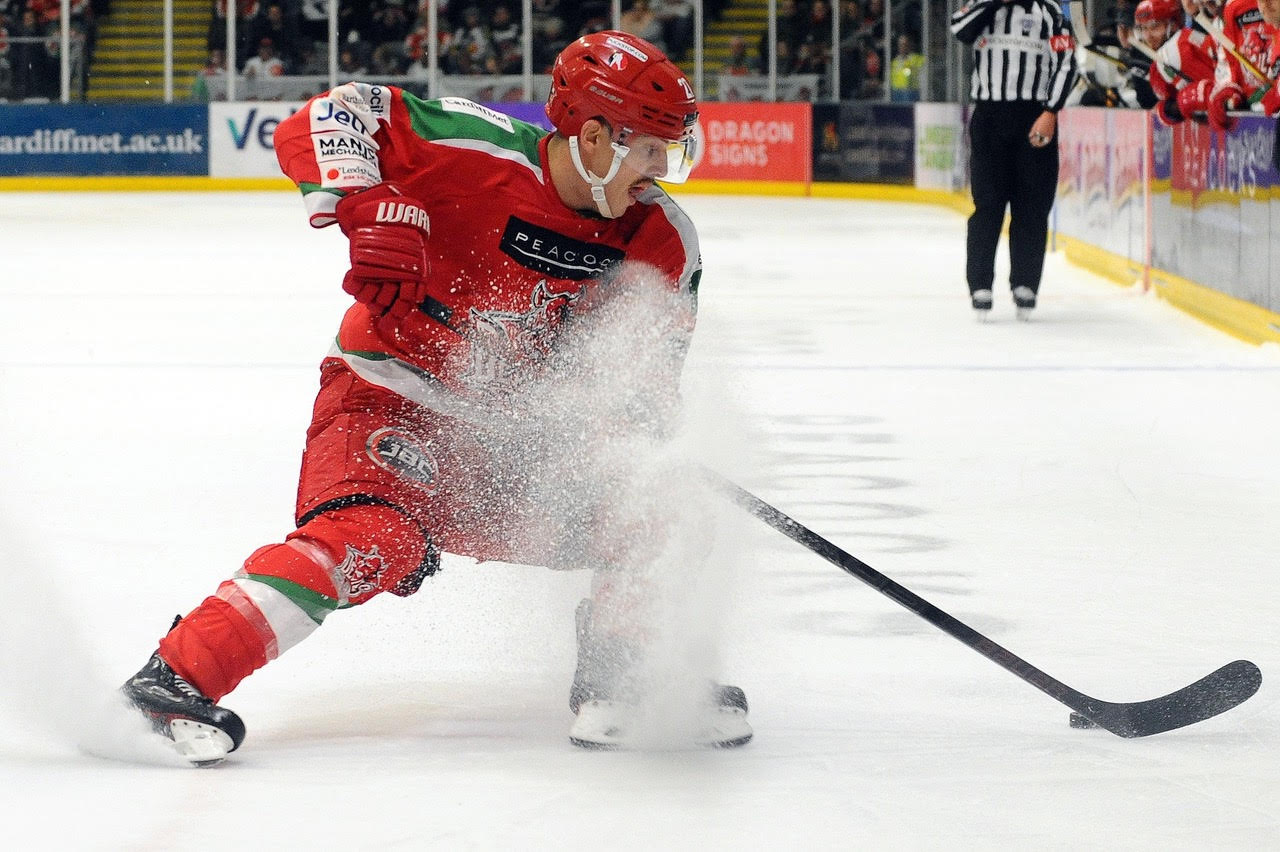 Cardiff Devils power forward Joey Haddad, nicknamed ‘The Chef’. by team-mates, has been named Elite League player of the week.

He scored two goals in Cardiff’s 4-1 away win against Manchester and had an assist in their 3-0 home victory against Fife.

Devils were the only team in EIHL to take the maximum four points from the weekend and are second with games in hand on leaders Glasgow Clan.

This is Haddad’s sixth season playing for Devils and he says: “The biggest difference this season has been the competitiveness of all 10 teams.

“We don’t have the traditional top two or three and then a gap below that. Every team is well coached, have depth and work hard to get better.

“Within our group at Devils we need to work on team consistency and make sure we stick with our overall game plan.

“That means not getting too low if we concede a goal and if we score not relaxing on the next shift.”

“Netminder Ben Bowns is really coming into top form and I feel that, as a six-man unit, we’re getting a lot more consistent defensively.”

“Joey brings so much to the team, said head coach Andrew Lord. “He is a great teammate and having been here for as long as he has, he understands the values and ethos of this club better than most.”

“He scores big goals and is a real leader for us – on and off the ice.”

Devils will discover who they play in Challenge Cup action over the next 24 hours or so.

Coventry Blaze host Manchester Storm in a one-off, elimination game tomorrow evening with the winner going into the quarter-finals.

Dundee Stars have already elected to play Glasgow Clan in last last eight tie, while Guildford and Sheffield will announce their choices of opposition after the Blaze v Storm fixture.

Their selections look likely to be Blaze/Storm and Nottingham respectively.

That would well leaves Cardiff Devils to play Belfast Giants over two legs.

Giants have made changes to their team, signing American forward David Goodwin, who started this season with Mora IK of Sweden, scoring three goals in 11 games.

He spent the previous two seasons in Finland’s top flight at SaiPa and scored 61 points in 130 starts.

Cardiff’s say match against Glasgow Clan away, originally scheduled for Wednesday, December 17, has been moved to Wednesday, March 25 (7.30pm).

Both Devils v Giants fixtures at the Viola Arena this weekend look certain to be sold out. Saturday’s match started at 7pm, while Sunday’s clash will face-off at 4pm.