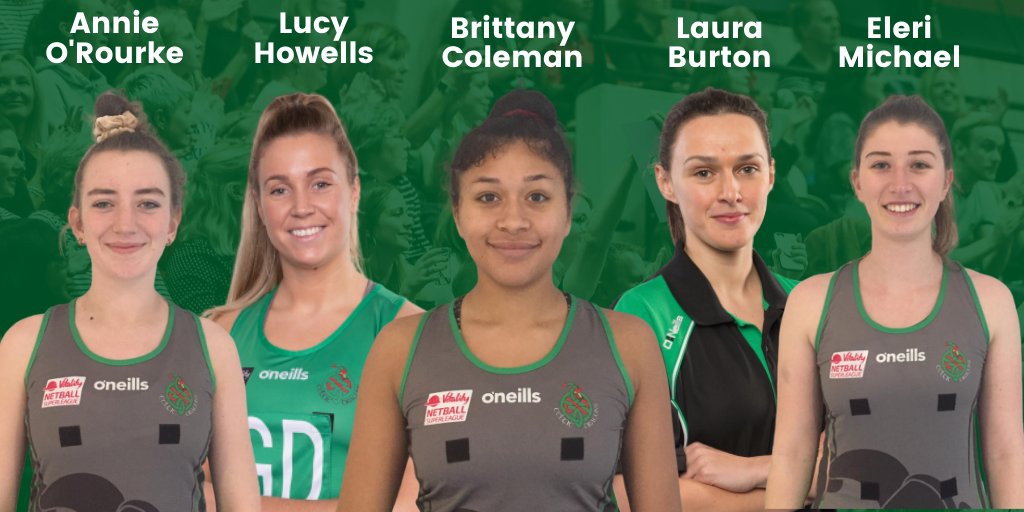 Celtic Dragons have completed their squad for the 2020 Vitality Netball Superleague season which starts next February at Arena Birmingham.

The five signings come from a variety of backgrounds and have represented a range of international teams and Superleague franchises in their careers.

Howells and Burton made their Celtic Dragons debuts in 2019, with Howells gaining four new senior international caps for Wales in the last year, while Burton was in the 2019-20 Scottish Thistles senior long squad.

“I’m excited about working with these fantastic athletes as we head into the 2020 season,” says Hoffman. “It’s great to see players going into their second season with the franchise alongside talented youngsters stepping up from age-group to elite senior netball.

“The new players will have some fantastic opportunities to take on some of the country’s best netballers, as part of a squad of 15.”

Cardiff University student Annie O’Rourke has switched from Team Bath to Dragons, while Cardiff Met University student Eleri Michael, who is from Afar Nedd Tawe in West Wales, was one of Wales’ leading lights at the Netball Europe under-21 Championships.

Michael helped the team to wins against Northern Ireland and Scotland.

Shooter Brittany Coleman, selected for England Futures in 2018-19 season, joins the Dragons squad having previously played for Loughborough Lightning. Coleman is a 22-year-old from the East Midlands.

Welsh defender Lucy Howells, the performance support officer for Netball Wales and is from Pembrokeshire, said: “I’m really pleased to be back with Dragons for another year.

“Last season was big for me. I played Superleague games for the first time in my career. I feel I’ve developed a lot as a player in that time and I’m really looking forward to the next challenge.”

Dragons played their first warm-up match this week and suffered a 59-goal defeat in Deeside. The friendly was played over six periods and Dragons rotated their players throughout.

Karen Greig’s Thunder team made the short trip down the M56 into north Wales and showed their class from the start, limiting Dragons to just three goals in the first period while they piled 18 onto the scoreboard.

Thunder have had a consistent team over the last couple of years with a couple of changes for 2020, while Dragons have a much changed line-up which included three former Thunder players Abby Tyrrell, Amy Clinton and Sophie Morgan.

It showed as Dragons took time to settle. The black and yellows from Manchester were dominant.