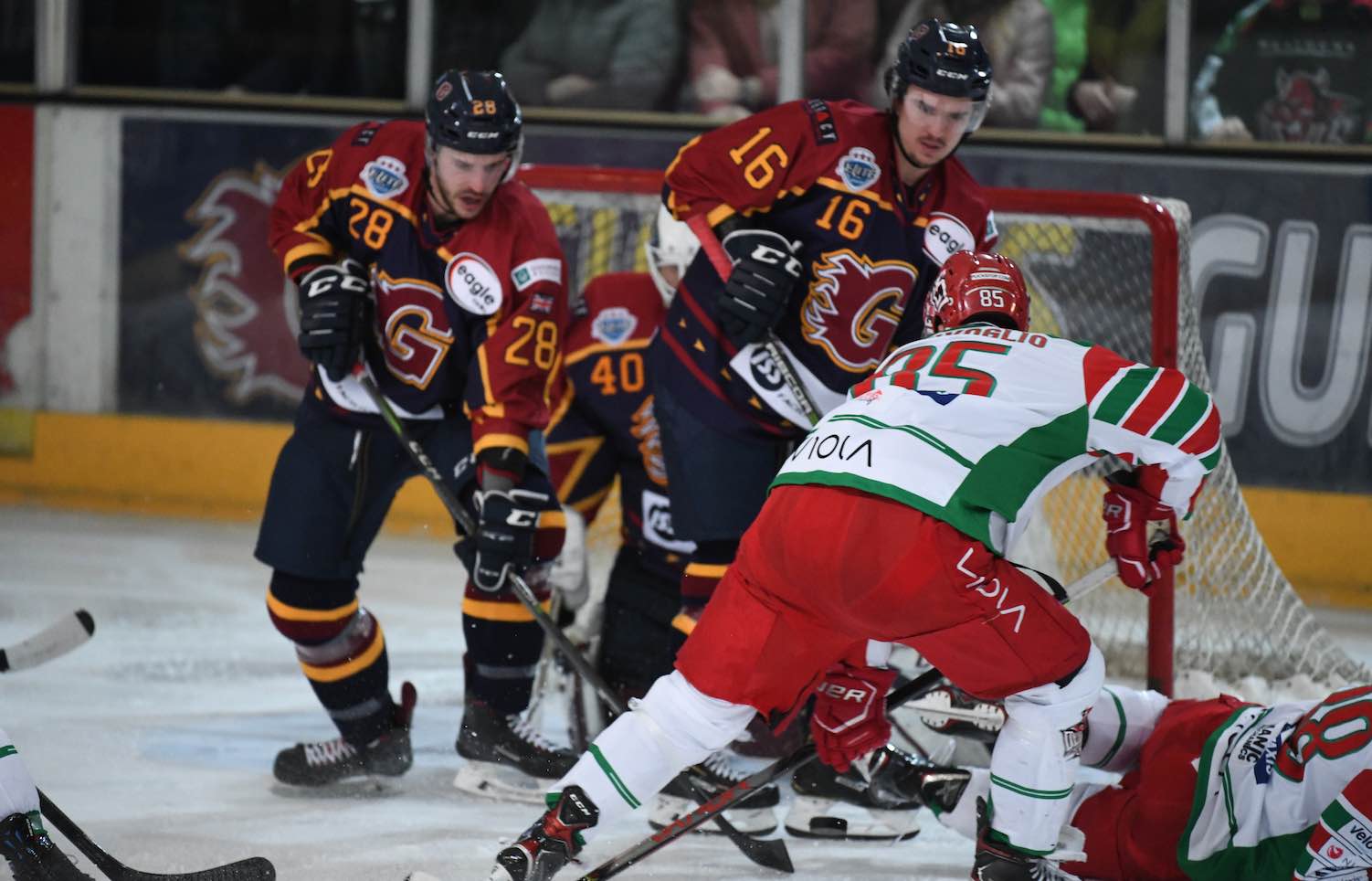 After sudden death overtime and penalties

Cardiff Devils leap into the Flames for a second time in three days when Guildford visit the Viola Arena in Cardiff Bay on Saturday evening.

Coach Andrew Lord’s men are out to complete a Christmas double against Guildford after tense Elite League success at the Spectrum Arena on Boxing Day.

Joey Haddad and Matt Pope, who scored the goal which clinched victory, were the successful penalty takers and Devils were 2-0 shootout winners after each team had taken four.

“I liked our first period when we managed the puck well and, over the opening 30 minutes, created a ton of chances,” said Lord. “Fullerton, in Guildford’s net, was outstanding.

“We ran into penalty and that changed momentum in the second. The guys did a good job on the penalty kill, but that takes energy and takes away from our offensive game.

“I wasn’t thrilled with third. Flames came out hard and we came out slow. I loved our fightback after that and it felt good to win the shootout.”

A capacity attendance of almost 2,000 spectators were at the Spectrum and Guildford coach Paul Dixon said: “It’s a disappointing loss, but I’m happy how we played.

“I challenged the team to come back with a better performance (following 8-3 defeat at Coventry) and they did that. It was a tight game against an extremely good team.

“The bounce back was exactly what I was looking for. When a game going to sudden death overtime and penalties it’s a 50-50 chance.”

Devils goalie Ben Bowns made 22 saves and was perfect in the penalty shootout – keeping out all four Guildford efforts – while a major penalty provides ed a turning point.

Canadian winger Jamie Crooks flattened Devils forwards Sean Bentivoglio at 16-39 with a check to the head which left the Devils forward bloodied. Crooks was thrown out one a five minutes plus game major penalty and Devils scored on the resulting powerplay when Stephen Dixon finished off a pass from Charles Linglet to make it 1-0 at 19-27.

Back-to-back penalties against Devils gave Flames opportunities to even the scoreline in the second period, but the Cardiff’s penalty killing was on top form all night, stopping the Flames on all five powerplay chances they had.

With 10-45 left to play in the game, Kruise Reddick tipped a shot from Jordan Rowley past Bowns to tie the game at 1-1 and that’s how it ended after 60 minutes.

Devils had the run of play in overtime, but they couldn’t find a way past netminder Fullerton, who stopped all five shots faced to send the game into a shootout.

Haddad and Pope scoured, while goalie Bowns stopped every shooter he faced to earn Devils the win.

The win kept Cardiff stayed right behind Sheffield at the top of Elite League.

Cardiff, still in pursuit of top spot with games in hand on leaders Sheffield, welcome Guildford to the Viola Arena two points behind first place.

Guildford dropped to fifth after losing 2-1 at home to Devils on Boxing Day and now the rivals clash again, this time in Cardiff Bay.

“It’ll be a good game, probably a bit less sluggish than the Boxing Day one,” said Devils coach Lord. “We’ll have to go up a level if we’re going to be successful against Guildford again.”