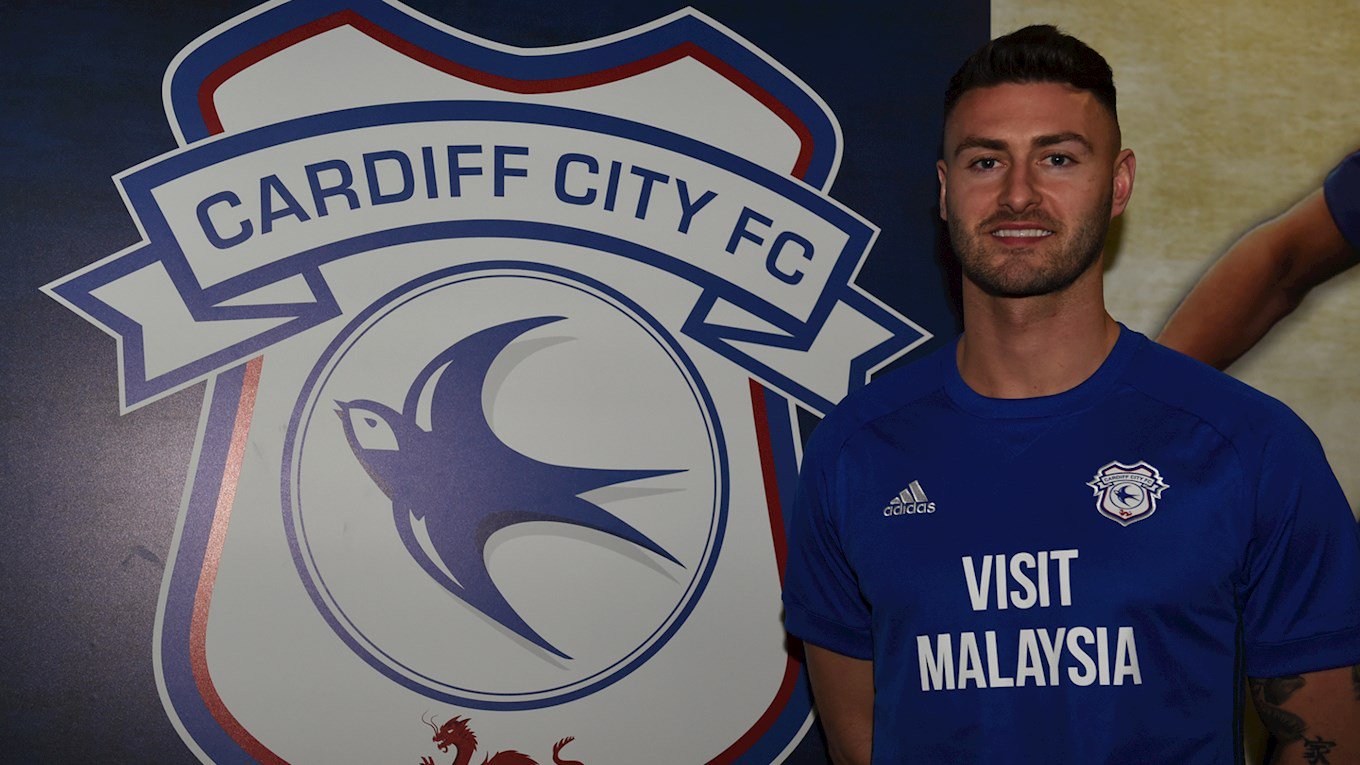 Gateshead-born Madine, a 29-year-old former Sheffield Wednesday and Sheffield United player agreed to end his contract by mutual consent 27 appearance over the last two years, nine off those this season.

The 6ft 3ins Madine, who failed to score for City,  is now a free agent and able to join a new club this month or after the transfer window closes.

He is the third City player to move on, following defenders Armand Traore and Ciaron Brown. Traore was on a short-term contract, while Brown has signed for Scottish club Livingston on loan until the end of this season.

Manager Neil Harris made it clear he would be sending players out of the club before bringing in new signing and there may yet be more departures.

A statement by Cardiff City said: “The club can confirm that Gary Madine has left the Bluebirds by mutual consent.

“We’d like to thank Gary for his efforts since joining the Club in January 2018 and wish him well with his future career.”

The Bluebirds are preparing for the South Wales derby this weekend with Swansea City visit Cardiff City Stadium on Sunday (Noon kick-off).