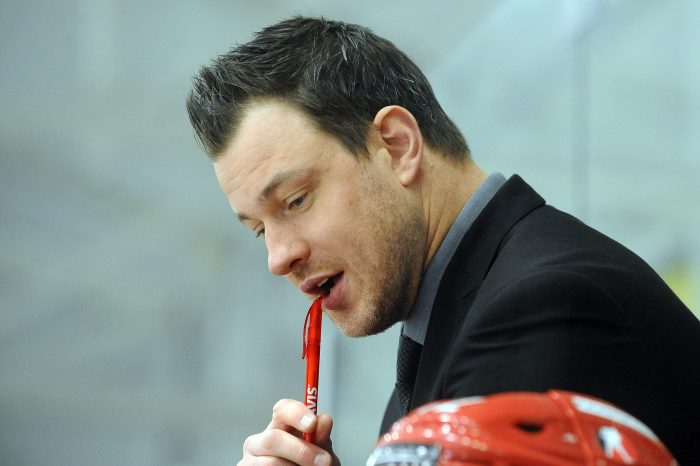 Cardiff Devils suffered in Belfast, but damage to their Elite League title hopes was restricted when leaders Sheffield Steelers crashed 5-1 against Nottingham Panthers.

A powerplay goal scored by Canadian Elgin Pearce during the middle period was enough to earn Belfast Giants the points.

Devils managed only 16 shots on target – their lowest total of the season – while the home team hit 19.

Giants and Devils clash again at the SSE Arena in Belfast and head coach Andrew Lord said: “To a man we need to be better on Sunday, myself included,” said.

“We weren’t at our best in the first game, but now we have the chance to put that right.

“The match last night was the grittiest of the year in terms of board battles, net front battles. There wasn’t a ton of flow and both teams played hard defensively. Our penalty kill was pretty good for the most part, but Belfast won a battle and banged one home.

“Both clubs have good goaltenders, deep teams and a lot of team-first players.

“Belfast had more than a couple of huge blocks, but overall we were not at our best to a man, including myself. We need to find a way to respond in what is a huge game on Sunday.”

Giants were delighted with their victory and coach Adam Keefe said: “It was play-off hockey, but we know the job is half done. We were fully engaged for 60 minutes and earned the result we wanted.

“Now we have to do it again. There’s the Olympic break after this game so there’s no reason why we can’t come and empty the tank.”

Devils, who have 17 league matches left this season, and all EIHL clubs have a mid-season break because Great Britain have their Olympic qualifying fixtures against Romania, Estonia and Hungary.

Giants remain third, tied with Devils on 50 points, although Cardiff have two games in hand. Sheffield Steelers remain in first place on 57 points from 41 games.

Pearce took his goals tally for Belfast to nine in 14 appearances since he moved from Dundee Stars to Northern Ireland.

The teams exchanged big hits and quality scoring chances in a wild, back-and-forth second period but the 1-0 score in favour of Belfast stood after of 40 minutes of play. The Giants would also carry a slight 13-12 edge in shots on goal into the intermission.

Devils had the lion’s share of possession in the final period, but were unable to create many grade A scoring chances in front of Owen.

With Bowns pulled late they pressed for an equaliser but were unable to get consistent time in the offensive zone as the clock wound down and the Giants held on for a huge two points in their title defence.