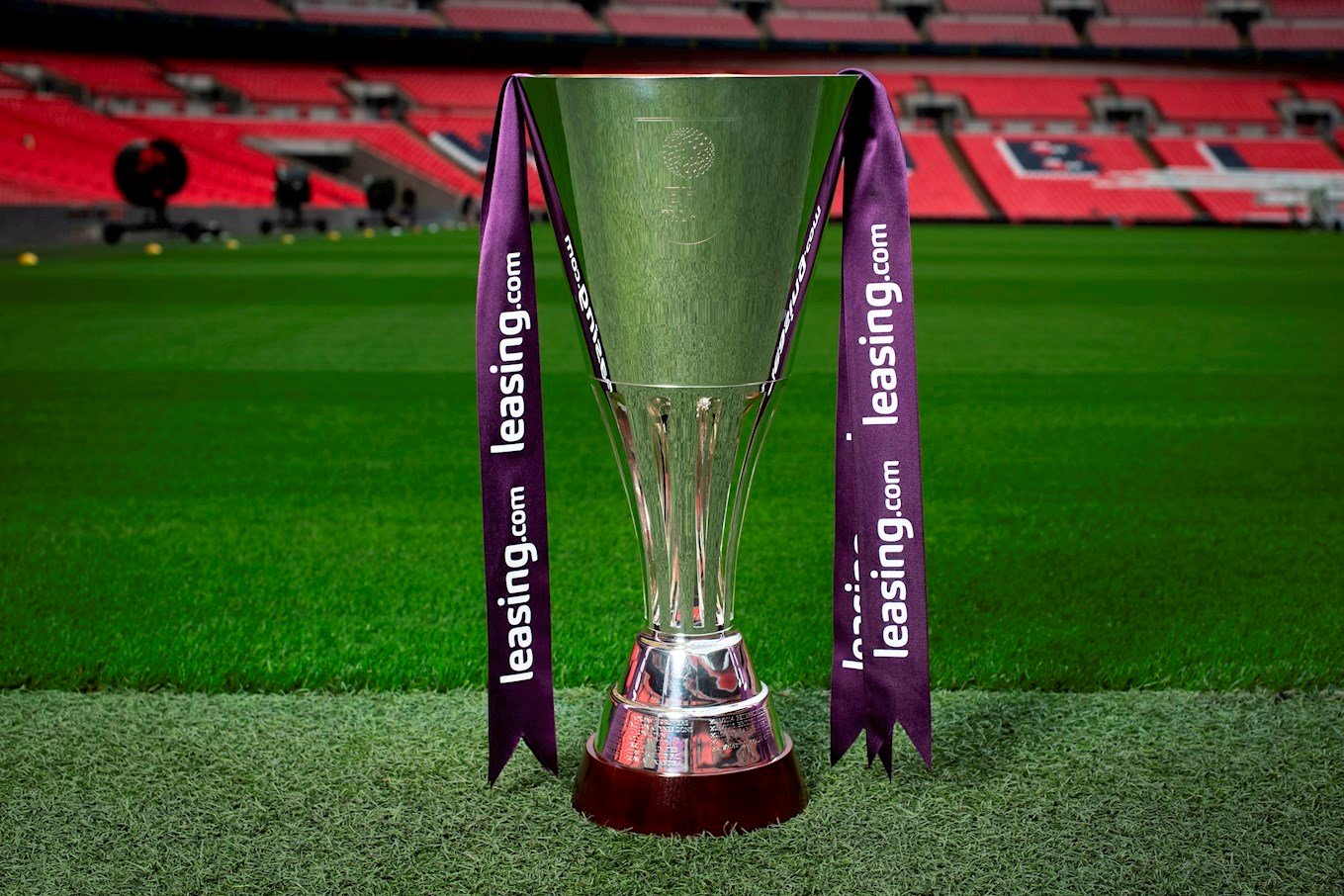 Newport County took a century to make their first competitive visit to Wembley Stadium, but now they are within reach of a fifth appearance in eight years.

Scott Bennett’s first half winner earned Newport a 1-0 win against Leicester City’s under-21 team a place in the leasing.com Trophy semi-finals against Salford City at home.

Portsmouth and Exeter City clash in the other semi-final with the winners going into the Wembley final.

Newport have seven fixtures left this month including the semi-final and Dolan said: “We can put a run together.

“Matches are coming thick and fast. If we can keep the momentum and keep performing I’m sure we’ll have a good February.

“We played well during the first half [v Leicester]. Yes, we were up against it in the second, but we got the job done.

“Leicester are an extremely good team, all credit to them.

“We did our work on them, realised how good they are and they showed that in the second half, but we defended well.”

Bennett’s 13th minute goal earned Newport victory against the young Foxes and manager Michael Flynn said: “I want to give a lot of credit to Leicester, and to their coach, Steve [Beaglehole]. In the second half they were the better team.

“They lost four players in the January transfer window to loans and it goes to show what a fantastic job they’re doing at Leicester in teaching them the right way to play mens football.

“The important thing was to go through and I’m delighted with that, but I couldn’t stand here and not give a lot of credit to Leicester.”

County play fellow League Two team Salford, who are one point and one place above County in the table, in the last four and Flynn said: “It will be an evenly matched game and hopefully we come out on top.

“Salford have brought in good footballers at this level. They’ve got a very good manager in Graham [ASlexander] and a number two in Chris Lucketti, so they’ll be wanting to go to Wembley.

Newport now turn to a SkyBet League Two fixture against Cambridge United at Rodney Parade on Saturday, the first of two successive home matches infer days. Walsall are the visitors next Tuesday.

The only goal came when a Mickey Demetriou long throw led to Bennett firing home from 10 yards.

Connor Jennings scored the only goal late in extra time to beat 10-man County, who had captain Mark O’Brien sent off for a second bookable offence in the 89th minute.

County were cheered on by 7,200 travelling fans and the League Two team battled stubbornly.

They went a goal down when Dan Butler scored an own goal from a Moussa Sissoko (26 mins) and Erik Lamela added thge second just after the half hour.

County returned to the Football League after a 25-year absence with a 2-0 win.

Anttendance of 16,346 watched Newport goals scored by Christian Jolley and Aaron O’Connor, both in the last four minutes.

Justin Edinburgh, who passed away last year, was Newport’s manager and said: “It’s the best moment of my career. As a player you have a chance to affect it, but as manager it’s all or nothing.

“This is life-changing for me and I have accomplished what I set out to do. I’m so proud.”

Almost 20,000 spectators were at Wembley, but Newport’s first visit did not go well.

Matty Blair (65 mins) and man of the match Lanre Oyebanjo made it 2-0 eight minutes later.