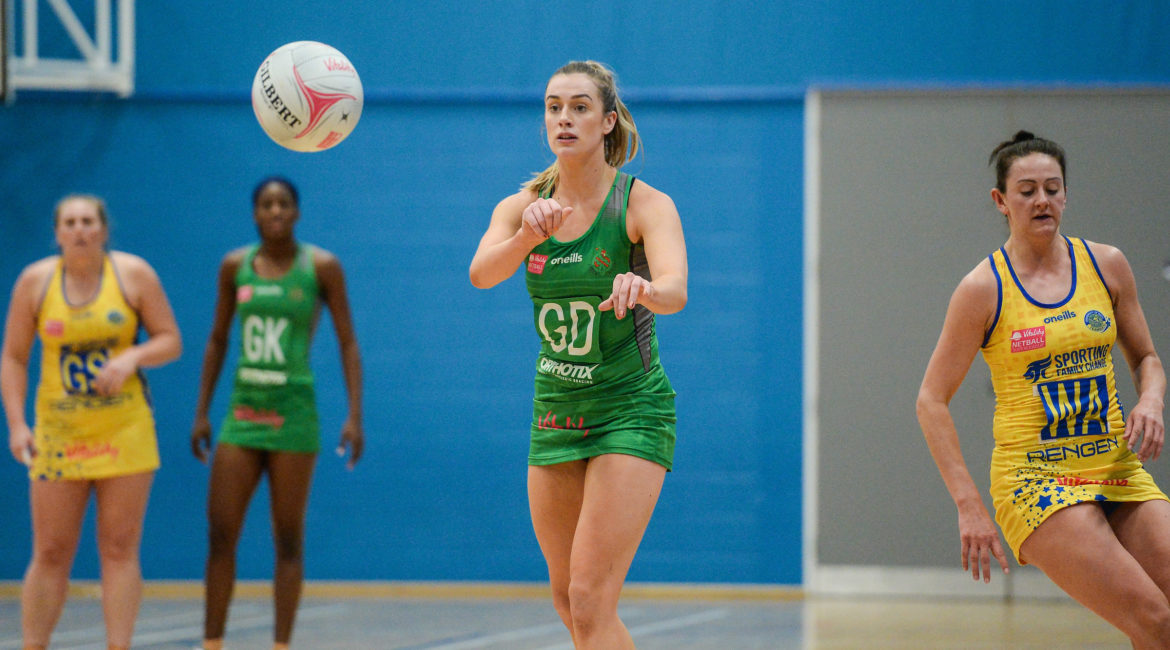 Celtic Dragons head to the Copper Box Arena in London on Monday for their third Vitality Netball Superleague match of the season, against Pulse.

Dragons slipped to a second defeat in two matches when they went down 52-71 against Team Bath and head coach head coach Tania Hoffman said: “It’s not the result we wanted, but Dragons kept going as much as they could and that was really pleasing.”

Team captain Sophie Morgan’s reaction was: “They are probably more positives than negatives to take away and we are positive going forward.”

Dragons tied the opening quarter and were edged out by one goal in the third against Superleague leaders Team Bath.

A big turning point came when the home team had Jamaican defender Latanya Wilson sent off for dangerous play in the third quarter.

That was a massive blow because Wilson was produced a high tempo, energetic personal performance and made a number of interceptions. Wilson is a natural reader of games and her dismissal left Dragons under pressure.

“It would have been easy for us to lose focus and take our foot off the pedal when Dragons went down to six players,” said Bath head coach Anna Stembridge.

“That’s a challenging game situation and one that’s difficult to replicate in training, but we kept our intensity and stuck to our game plan.

“Betsy came on at shooter in the fourth quarter and was impressive going to goal in the short time that she was on, again showing great promise considering that was only her second Superleague appearance.

“I’m really pleased with how we came through a challenging match and now we can focus our attention on Wasps and playing in front of our home fans this week.

“The game is sold out and it is always inspiring and motivating to us as players and coaches to see that level of support. Season after season the fans come out and back us in force and we can’t wait to see and hear them all on Friday.”

Dragons played Bath at Cardiff Metropolitan University, while they to face London Pulse away next Monday. Their next home fixture is against Strathclyde Sirens at Cardiff’s Sports Wales National Centre on Monday, May 16 (7pm).

Dragons made a big start against Bath and powered into a four-goal lead.

The visitors hit back before Brittany Coleman scored from a cool long range effort to put Dragons in front. They led going into the final stages of the opening quarter, but Bath were clinical on their own centre pass and it was 13-all at the break.

There were plenty of contact calls in the second quarter and Dragons’ defence continued to rattle the visitors.

Dragons made an assertive start in the third quarter and eventually it was Wilson who had drawn too much attention to herself and she was sent to the sin-bin for two minutes after a somewhat innocuous contact infringement.

Player of the match Abby Tyrrell was outstanding on D, although Bath improved their lead by only one goal before Wilson returned.

Then Wilson, keen to maintain the home team’s defensive exuberance, made a late attempt at an interception and a flying arm catch a Bath player on the neck.

Match officials had no option, sent Wilson off and Dragons were down to six players for the rest of the match.

Tyrrell was a rock on her own in defence, but Bath swept to an away win and left Dragons still waiting for their first win of 2020.

Player of the Match: Abby Tyrrell

We can't wait for our next @netballsl home game! 🤩