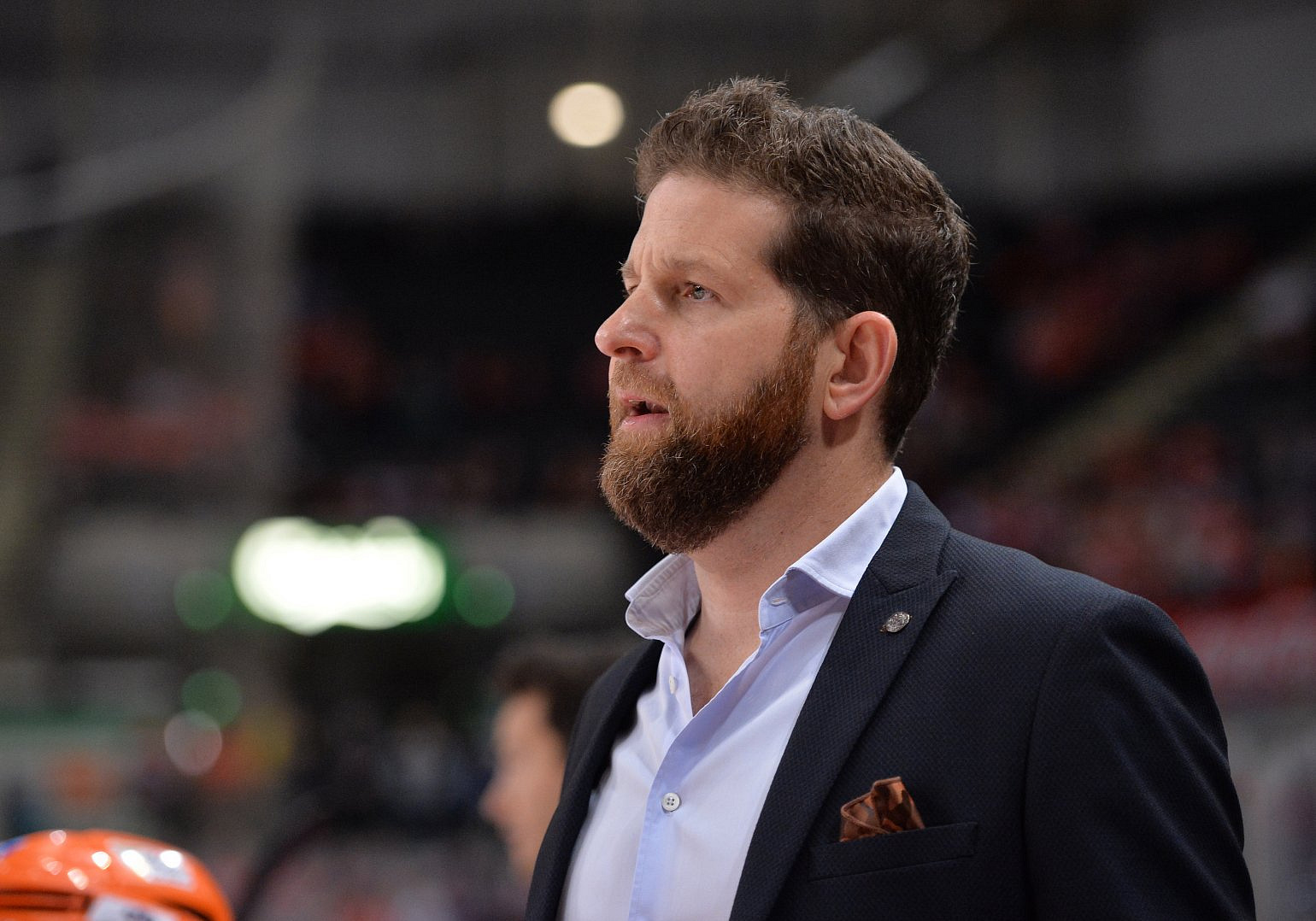 American Aaron Fox, Sheffield Steelers heads coach, believes he will be able to use knowledge gained from Friday’s Elite League clash at Cardiff Devils to help his team win the Challenge Cup.

Devils have the last change in the League fixture, while Steelers are designated ‘home’ team for Sunday’s final because they are the top seeds.

Both matches are at the Viola Arena in Cardiff Bay and Fox says: “Having the last change is huge for us for the cup final.

“In the league game Devils will be able to match up with who they want. I will take notice of what they do and use that in the little game of chess we get to play.

“Devils are a really solid Elite League team who have good coaching, play four-line hockey and have big, heavy defencemen who can defend.

“Our job is to dictate the tempo and not allow Devils to slow our game down. We must get to the hard areas and make things as difficult as possible for Bownsy (Ben Bowns).”

Congratulations to @Briles25. His GWG in Coventry is February's goal of the month🚨👏 https://t.co/qhlUqb6bEU pic.twitter.com/4NSTIHwZGj

Steelers have led the League table since November, but a home win for Devils, who are one point behind their rivals, would take them top.

Cardiff have beaten Sheffield three times in four matches this season – 3-2, 4-3 and 7-3 – while Steelers came out on top in Cardiff the last time they met.

The final fixture of the season sees Devils go to Sheffield for what could be a crunch match.

Both teams, though, are focused on Friday’s clash and Fox said: “If we are dialled in and ready to be a hungry, defence-minded battle first, team first mentality we have a great chance to win both games.

“We need great goaltending and our special teams to step up. Special teams have not been great lately.

“Our power play has been stale and our penalty kill has given up some big goals. Our special teams must be better.

“Friday’s game is huge – and then there is a championship on the line on Sunday.”

Steelers are without Robert Dowd, a key British player, while Devils coach Andrew Lord has big selection decisions to make over the two matches because the Welsh club have two extra imports.

Charles Linglet returned to the team for the 6-2 win against Dundee Stars last time out and scored a hat-trick.

He has a regular column in the Sheffield Star and said: “There are so many battles to look forward to in this encounter.

“Joey Martin versus John Armstrong in the face-off circle. Can big John raise his game and dominate the best player in the league over the last four years?

“Can Tomas Duba beat out the Steelers nemesis Ben Bowns between the pipes?

“Duba has been the star of so many recent games, but over recent years Bowns has had our number so many times.

“Six busloads of fans,1,500 in total, head to Cardiff. They believe the City will turn ORANGE so now it’s up to the team.

“For me it will be Ben O’Connor who comes through. He is a man who cares, a man who can counter what Devils throw at him and create a moment of magic.

“Ben had struggled with goals recently, but has scored two in his last two games and played a terrific game in Guildford.

“The bigger the game the more Ben wants to deliver.

“I have a feeling he will come through on Sunday, I just smell that this could be his moment.