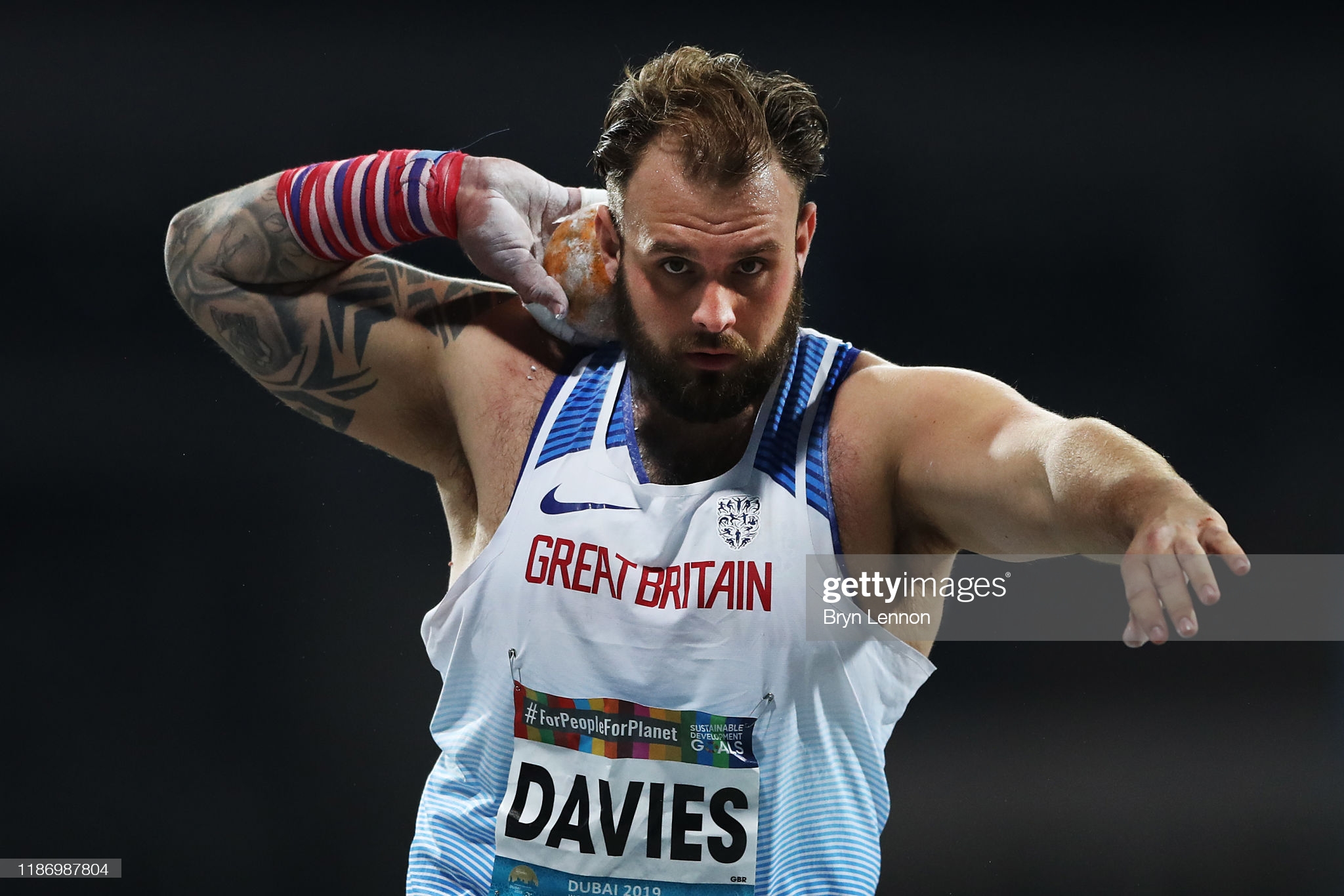 The Bridgend athlete may not have been at his best in Bydgoszcz, but he was still good enough to add yet another shot put title to his huge personal haul which also includes a clutch of Paralympic, world and Commonwealth throwing titles.

Davies sealed his latest victory in the F63 shot put with a fourth round effort of 15.17m.

Tom Habscheid, of Luxembourg was second with 14.53m with Badr Touzi, of France, took bronze with 13.53m.

After the competition, Davies, who has ambitions for more gold at the Paralympics in Tokyo later this year, said: “It was a different one from me; I wasn’t myself out there today, so many emotions.

He had to work hard for it, but did we ever doubt that @AledDavies2012 would get the job done? It's a SEVENTH European gold for the Welshman as he wins the F63 shot put 💪#Bydgoszcz2021 | @BritAthletics pic.twitter.com/wpREJsRY7f

“I really need to respect the rust as they say. It’s been a while since I’ve competed properly, I’m in great shape, this doesn’t really resemble where I am at so I’m glad to get this one out of the way.

“Hopefully now this is the first step towards the build-up to Tokyo, but I definitely need a few more competitions, I think.

“I’m not one to shy away from a title, I knew it was going to be hit or miss coming into this, I think I’ve possibly performed the worst I could have today so it’s a nice position to be in that I’m still competitive in the medals and, again, I will say I was lucky to win that one, but I will take it.

There was further Welsh medal success later in the evening when Harri Jenkins claimed bronze in the T33/T34 100m final.

The Neath wheelchair athlete clocked a season’s best of 18.64 as he finished behind Finland’s Henry Manni (16.28) and Stefan Rusch, of the Netherlands (16.69).

Jenkins said afterwards: “I was racing up a class I knew it was going to be tough, I knew probably the best case scenario was going to be bronze but you never know. I was coming here to be get myself back in the mode of being at a major champs.

“I didn’t execute that race really well but, it’s fine, it’s my third race of the season, it’s my first race since November 2019.

It's bronze for @harrijenk in the men's 100m T33/34 final, with his GB team-mate James Freeman just behind in fourth#Bydgosczc2021 | @BritAthletics pic.twitter.com/aMIDKzm0ZG

“There’s lots to learn from, I just sort of got into my own head, ‘you’re not pushing very well’ throughout the race.

“I just need to calm down. I need to work on my transition and get into that pushing flow that I know I can do.”

Davies and Jenkins’ successes made it a total of six medals for Welsh athletes at the championships, following silvers for Kyron Duke (F41 shot put) and John Bridge (men’s T47 400m), along with bronze medals for Olivia Breen (T38 long jump) and Harrison Walsh (F64 discus).

Great Britain finished fourth behind the Russian Federation, Ukraine and Poland in the final medal table with 14 golds, eight silvers and 14 bronze medals.