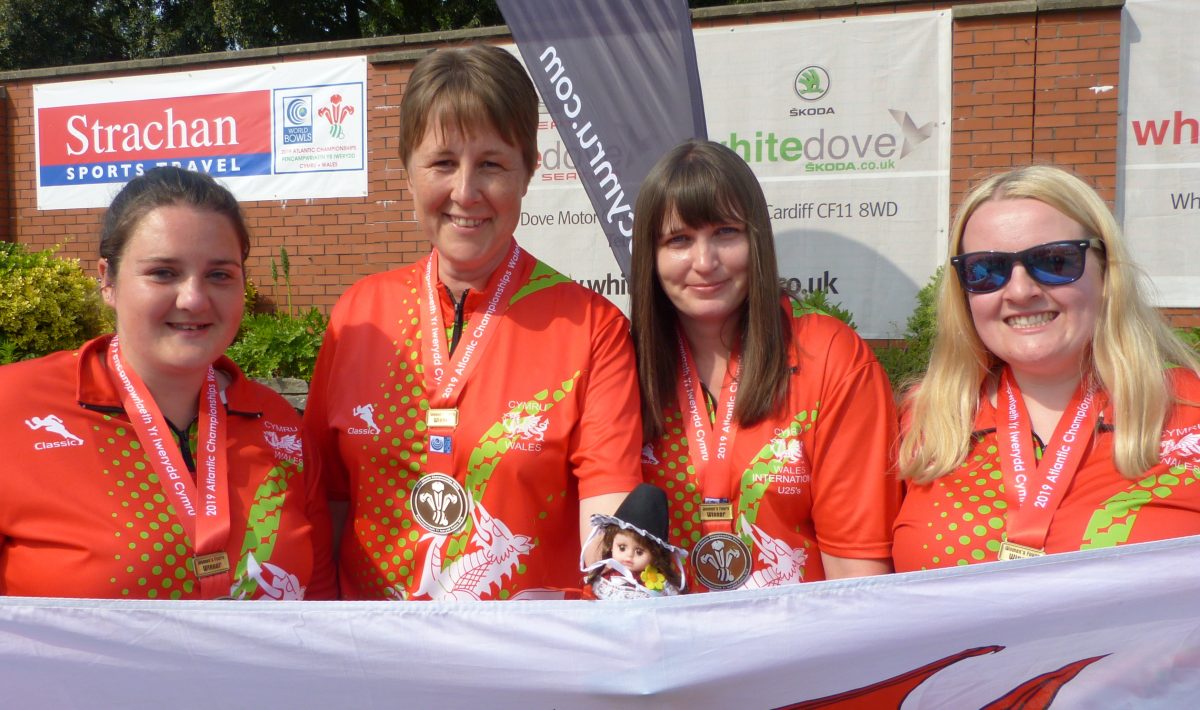 Anwen Butten led Wales to glory on home turf when they struck gold at the Atlantic Championships.

The experienced Welsh skipper and her rookie team swept all before them as they took the women’s fours crown at Cardiff’s Penylan club.

Commonwealth Games veteran Butten, Ysie White, Bethan Russ and Melanie Thomas came back from behind against South Africa in their week-long quest for gold.

But their 15-9 main event victory against the strong team of Jacqui Van Rensburg, Nici Neal, Esmé Kruger and Anneke Snyman was the stuff of adventure stories.

Down 6-9 with four ends to play, the Welsh ladies embarked on a last ditch effort collecting one, three, four and another single to claim gold and a place in Welsh bowls history.

The victory also gives the Wales foursome qualification for next year’s world championships in Australia.

Butten – twice a bronze medalist at the Commonwealth Games – and Thomas are from Lampeter Bowling club, while Russ represents Port Talbot and White plays for Tenby.

Their final triumph came after they won seven of their eight pool matches to pip England to top spot.

By topping their pool they received a bye to the semi-finals, where they once again met Zimbabwe, who had put out Kenya (16-12) in the quarter-finals. Scotland beat England (17-4) to set-=up the other semi-final against the other pool winners, South Africa.

While the South Africans overcame the Scots (17-10) to go through to the final, Wales turned the tables on Zimbabwe with a magnificent performance before going on to take the gold.