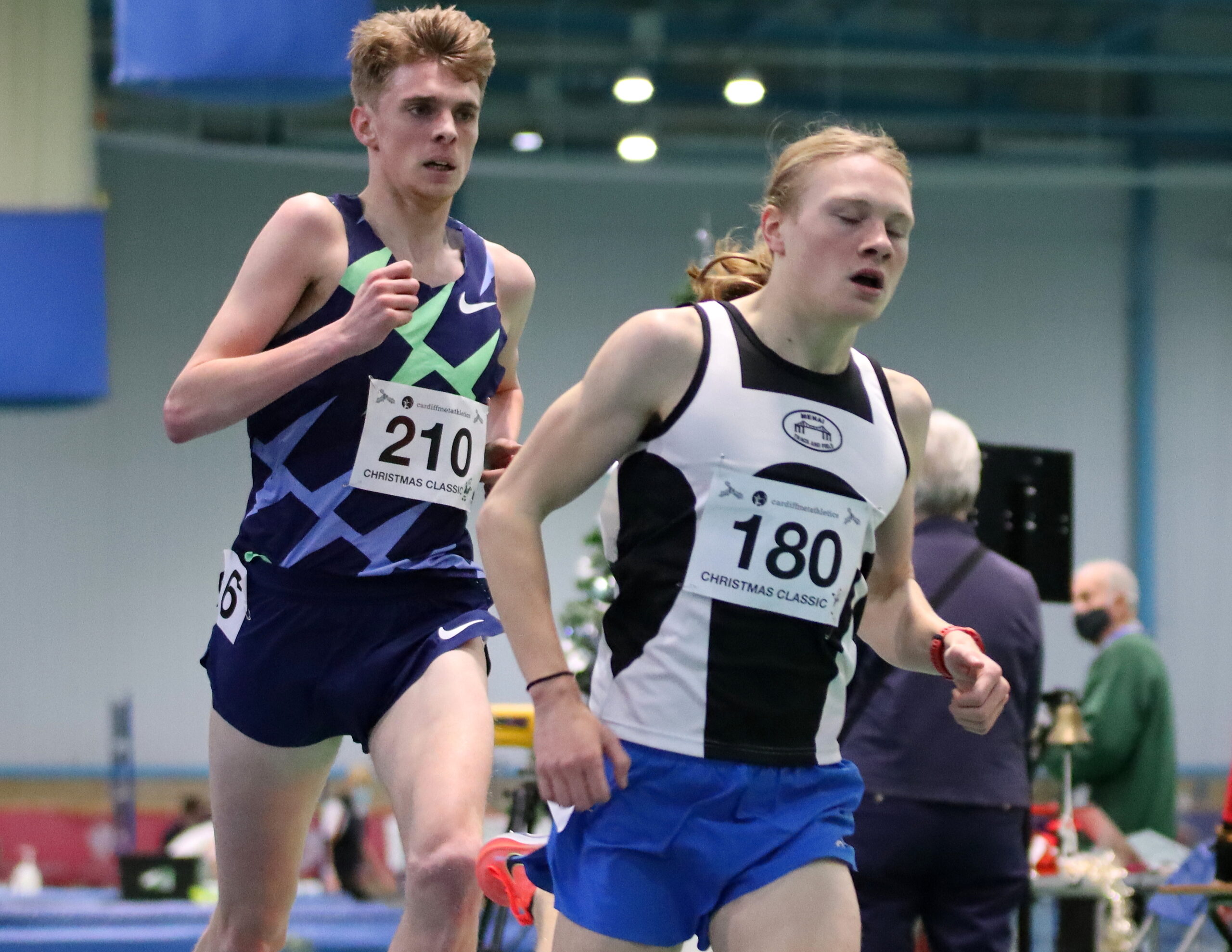 Osian Perrin (right) and Piers Copeland (left) were both in outstanding form in Manchester on Saturday.

Menai Track and Field star Perrin has been in outstanding form so far this indoor season having already set a new UK 3,000 junior record in Sheffield earlier this month.

And the international triathlete slashed four seconds off that mark as he finished fourth in a high quality field in Manchester, clocking 7:54.41.

.@OsianPerrin has become the third fastest @EuroAthletics u20 in history over 3,000m indoors.

Perrin’s time is the third fastest by a European under-20 athlete in history behind Norwegian superstar Jakob Ingebrigsten and Denmark’s Joel Ibler Lilleso. It is also an under-20 world lead this year.

Azu, who last summer won the European Under-23 100m title, was in blistering form as he opened his season in the 60m heats in Manchester.

The Cardiff Athlete took 0.05 of a second off his 60m PB as he won his heat in a time of 6.60 – a qualifying standard for the World Indoor Athletics Championships in Belgrade this March.

Unfortunately, Azu was one of a number of disqualifications in the final which was won by Scotland’s Andrew Robinson, also in 6.60.

The men’s 1500m saw 23-year-old Copeland produce an excellent final lap to win in 3:42.15 ahead of Carlos Saez, of Spain, and fellow British athlete James McMurray. Cardiff’s James Heneghan was 7th in 3:45.90.

In the women’s 60m, Mica Moore produced a brilliant PB of 7.48 as she finished fourth in the final.