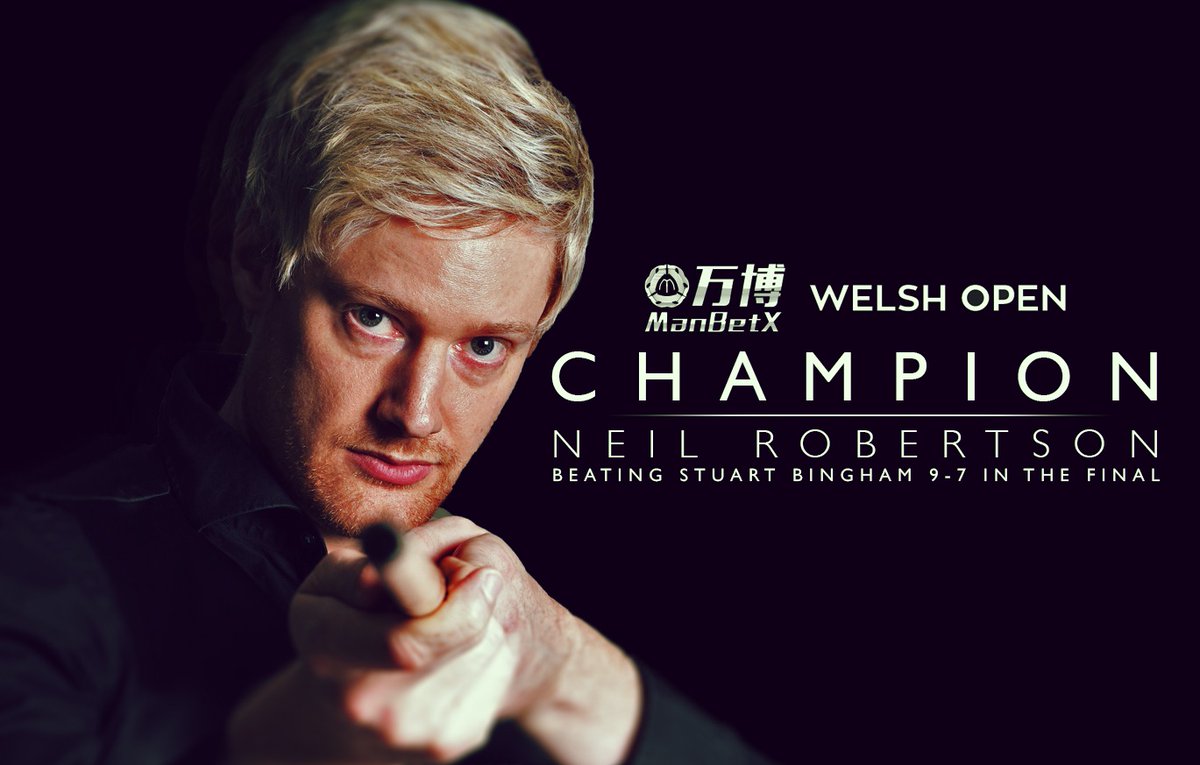 Australian Neil Robertson described his ManBetX Welsh Open success as an ‘amazing achievement’ after his 9-7 victory in the final.

Robertson defeated Stuart Bingham, from Essex, in the final at Cardiff’s Motorpoint Arena to win the £70,000 prize money and lift the Ray Reardon Trophy.

“It feels incredible to win,” said Robertson. “An amazing achievement. It’s rewarding in the way I won. I had to fight because I wasn’t at my best.

This is a huge confidence boost going towards the World Championships.

“It was an amazing end. I had to hang in there.

“Great credit to Stuart. It was a great final because so many frames went back and forth.”

Robertson has won 15 ranking title during his playing career, the same as Mark Selby, and said: “It’s an amazing achievement.”

Bingham battled fiercely throughout the final, but was edged out late on Sunday evening, saying: “It’s gutting to lose because I scarcely showed up today.

“I had chances, two or three every frame, and didn’t know what was happening. When I fought back to 7-7 I fancied the job.

“I didn’t play great, but had a fighting chance at that stage.”

Now, that's how you play a shot to nothing!

He led 5-3 at the mid-final break and won the opening two frames of evening session via breaks of 65 and 56.

Bingham rallied impressively, winning each of the next four. The second of which lasted 46 minutes.

But world No 12 Bingham could not go ahead and secured victory in the 16th frame, wrapping things up with a break of 83.