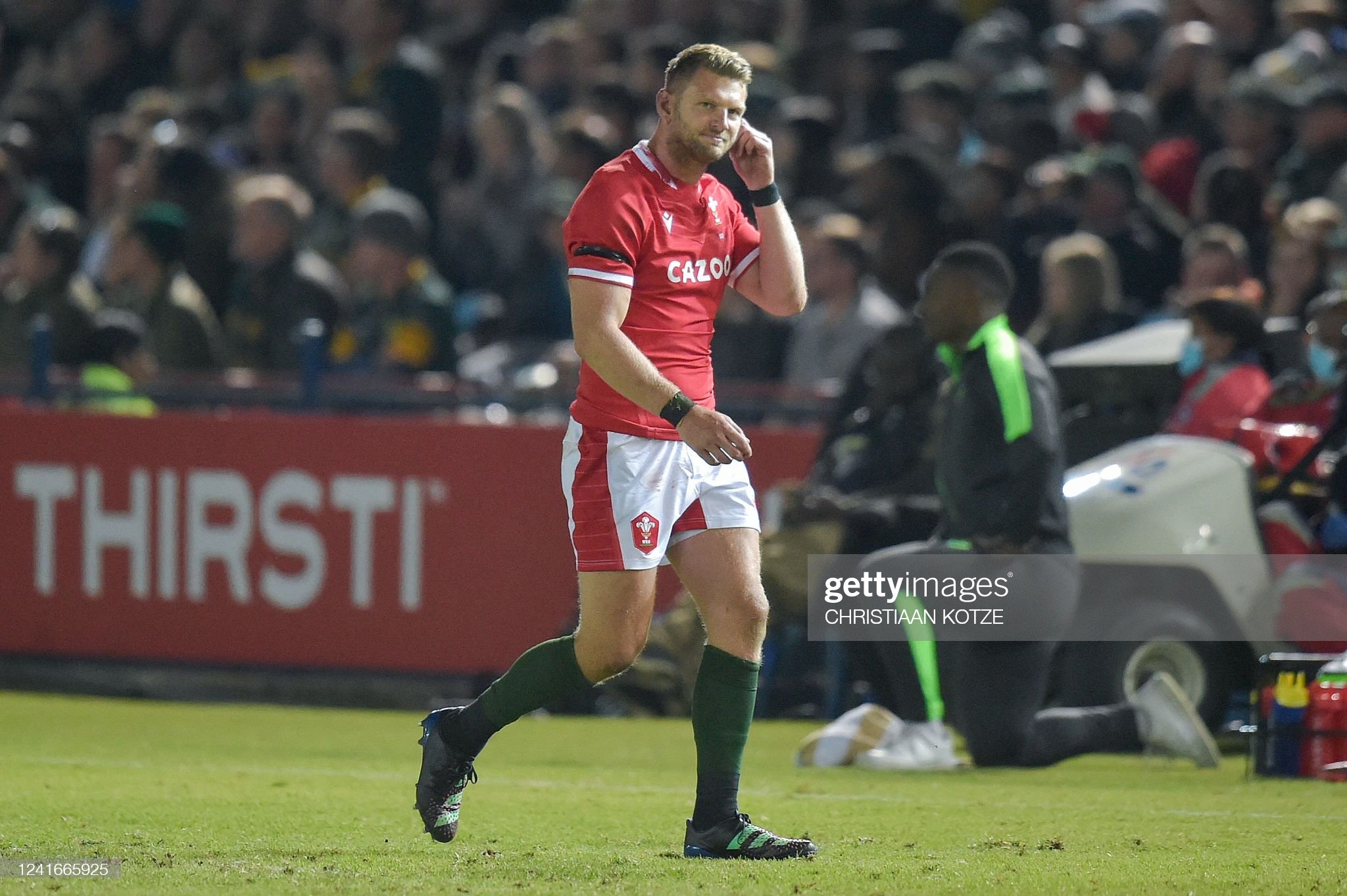 Damian Willemse broke Welsh hearts with the final kick of a pulsating game at Loftus Versfeld after Biggar infringed through a deliberate knock-on.

For large parts of an epic contest, Wales looked destined to end 58 years of hurt by claiming a first victory over the Springboks in South Africa at the 11th attempt.

But despite wing Louis Rees-Zammit’s try double and a Dewi Lake touchdown – plus 14 points from Biggar – Wales were edged out.

They also had four players sin-binned, Biggar included, and were briefly down to 12 men during a frenzied finale after Alun Wyn Jones, Rees-Zammit and Rhys Carre received yellow cards from Georgian referee Nika Amashukeli.

Biggar, who missed the conversion of Lake’s try that hauled Wales back to 29-29, said: “I have been around the game long enough to have had some good moments, and that was a bit of a disappointing moment not to nail off.

Dan Biggar,legend, won’t roll over for anyone – how it should be! Test match animal who unfortunately won’t be fully appreciated until he’s retired #WALVSA #rsavswal

“I thought the penalty at the end was a little bit harsh. The ball has just hit my hand, as opposed to me slapping it down. It’s the way it is.

“I don’t think anybody would have predicted the game would have worked out like that at midday today.

“The last thing I want to do is to come into a press conference and be brave losers. It was a definite missed opportunity.

“For us to put up a show in the first Test at altitude and against the world champions, there is no reason why we can’t get better next week.

“It is a Test match. We wanted to get in amongst it and not take a backward step. That is part of the game at the

“If you stand off South Africa out here, you are going to get steam-rolled pretty quickly.

“I didn’t see any issue. They were as niggly and competitive as we were, but that was perfect for us – exactly what we wanted.

Heartbreak for Wales as a last-gasp penalty earns South Africa a nail-biting victory. 🚨

“That is exactly what you want from a Test match – you want it aggressive and abrasive. There was no dirty play. You shake hands afterwards and there is no issue.”

Beaten at home by Italy just three months ago, Wales were written off before they arrived in Pretoria, yet they went toe to toe with South Africa in front of a 50,000 capacity crowd.

Wales were humiliated 96-13 by South Africa on the same ground in 1998, but they head to Bloemfontein for next Saturday’s second Test after one of their finest performances in recent seasons.

South Africa scored tries through Bongi Mbonambi, Malcolm Marx and Cheslin Kolbe, in addition to a late penalty try, while Willemse kicked two conversions and a penalty and Elton Jantjies landed a penalty.

On the yellow cards, Wales head coach Wayne Pivac said: “It’s hard playing the world champions in their backyard 15 on 15, isn’t it? I thought we made a pretty good fist of that.

The last thing Wales want to be is specialists in heroic defeats, but it happened again in Pretoria on a night of brilliance, heartbreak and yet more late pain. Considered report on a truly remarkable Test match here. Thoughts welcomed! #RSAvWAL 🇿🇦 🏴󠁧󠁢󠁷󠁬󠁳󠁿
https://t.co/Cc82htZsa3

“We will have to go away and look at that, as we will always do. Four yellow cards is a pretty tough one to take, but that is how it panned out and unfortunately we didn’t quite get across the line.

“We set ourselves up to win the game, so we did a lot of very good things.

“South Africa will no doubt improve (in Bloemfontein), and hopefully we will improve. It sets itself up for a good second Test. You have got two teams that are highly-motivated.”

Wales prop Tomas Francis, meanwhile, looks set to miss the second encounter after leaving the field on a stretcher cart following a blow to his head in a tackle.

Pivac added: “He is OK in the changing room. He will go through the normal protocols.

“I would think he will definitely be out of the second Test, and we will have to wait and see whether or not he is available for the third.”