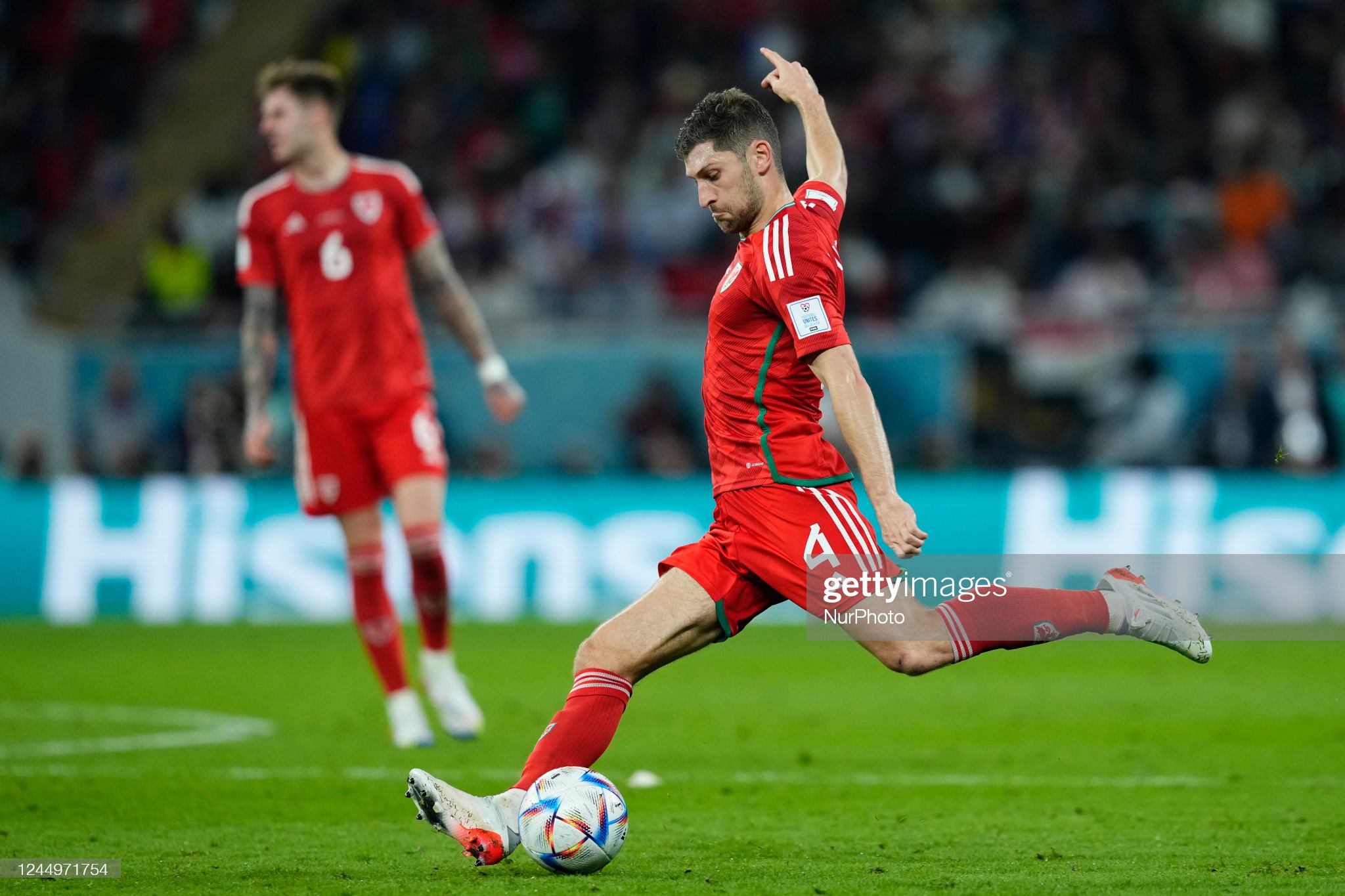 Ben Davies is part of the Wales squad chasing World Cup glory out in Qatar, but the Tottenham Hotspur star also wants to inspire the next generation.

Davies – still only 29 years old, but already one of the most experienced players in Welsh football – is a huge advocate of young people trying as many different sports as possible.

He may be keen to motivate others to follow in his footsteps, but the former Swansea City defender reckons a grounding in a wide variety of different activities is the best foundation for schoolchildren.

A former pupil of Ysgol Gymraeg Ystalyfera in the Swansea Valley, Davies played rugby, cricket, athletics, squash and tennis, as well as football in his schooldays, and believes those opportunities were invaluable.

“My school was a very big rugby school, so I played a lot of rugby in my early days there,” says the player who played for Wales at the Euro 2016 and 2020 tournament finals.

“But I did play some football during those school years, and we had a good school football team.

“But mainly, Ystalyfera is known for its rugby, so there were lots of times spent on a rugby field.”

Hours spent on the rugby field, fine-tuning skills, was hardly a surprise at a school that has produced a number of international and regional rugby players.

But Davies believes the quick reactions and nimble footwork he is now showing on football’s biggest stage was also developed with a cricket bat or racquet in his hand as well.

“I felt like I played a bit of everything, to be honest,” says the former pupil, who attended Ystalyfera between 2004 and 2009.

“I played a good deal of cricket in those times, which I loved. I also played a bit of squash and tennis, too.

“The clear thing was that it helped me because you pick up a lot of different skills from playing different sports.

Wherever you are in the World, show us how you are preparing for #Cymru’s #FIFAWorldCup match! 💪#ArBenYByd | #TogetherStronger pic.twitter.com/5ykc1eP1c5

“It definitely helped me in my football, with things like co-ordination, balance, agility and overall fitness, having played lots of different sports.”

In fact, Davies made such an impact at his local cricket club – Ynysygerwn Cricket Club, who play in the South Wales Premier Cricket League – that he is now their club president.

The recent School Sport Survey in Wales showed that 69% of pupils were ‘very confident’ or ‘confident’ in trying new sports.

Davies believes two elements were vital for youngsters at his former school to thrive and enjoy their physical activity.

Firstly, he says the school had a long history and heritage of placing school sport and physical activities outside of the curriculum at the centre of school life.

Secondly, the opportunities were organised and overseen by motivated and skilled staff.

Posting a random Wales goal every day until the World Cup. Part 7.

Ben Davies shows his determination every single time he steps on to the pitch for Wales. 🏴󠁧󠁢󠁷󠁬󠁳󠁿
pic.twitter.com/RfNaeWONSW

“I had two great sports teachers in school in what was a big comprehensive school,” he says.

“They were Mr. Ioan Bebb and Mr. Craig Evans.

“They were very enthusiastic teachers of sport and so they were both really helpful and encouraging towards me.

“They always supported me, especially when I started to play more football down in Swansea. So, it was great to have those two teachers behind me.”

A fluent Welsh speaker, Davies made history in the build-up to Wales’ opening World Cup match against the USA by becoming the first Welsh player to give a Welsh language press conference at the finals of a World Cup.

Now, he wants to continue to inspire children throughout Wales to become active and to use physical activity as a bridge towards broader learning in other areas of Welsh history and culture.

“Sport can be really powerful,” he says.

“It’s a fantastic feeling to be a part of this squad and have the chance to travel around the world and show the best of Wales. It’s a really special feeling.

“We’re trying to show the best of Wales and everyone will wear the shirt with pride.

“The support from my family and all the Wales fans has been amazing. I’m sure it will be the same for the whole of this World Cup and if we can inspire people to take up sport and be active that can only be a good thing.”