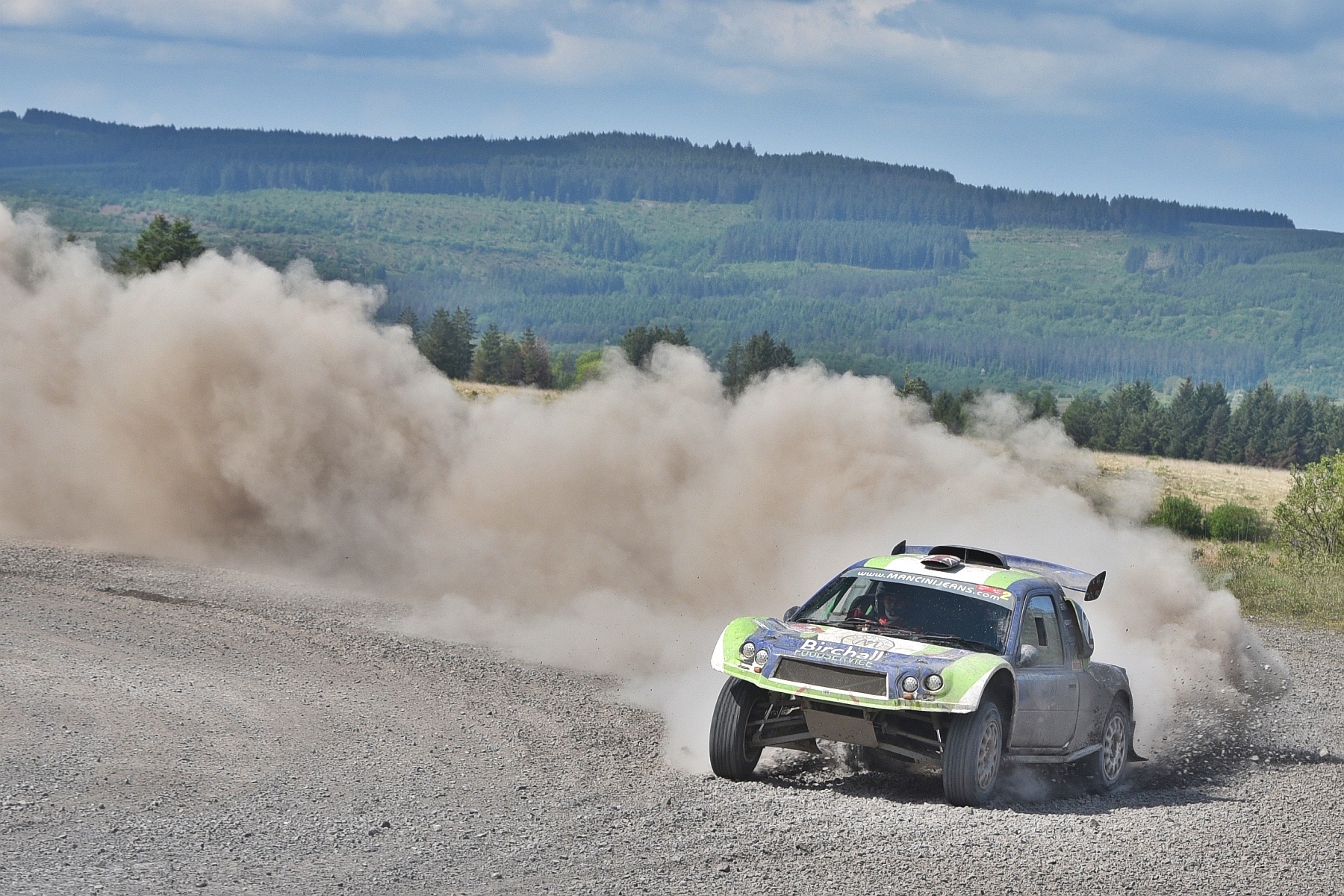 Justin Birchall and Jonathan Koonja led from start to finish to take a dominant win on the 2019 Welsh Hill Rally.

The event was held at the Walters Arena complex in the Vale of Neath and organised by That’s Motorsport Limited.

Birchall got off to a flying start in his Lofthouse Freelander, heading the leaderboard by 21 seconds. Last year’s winner Paul Rowlands was in second place in his Polaris with Ant Jackson’s Audi-engined Warrior in third.

Day two saw ten more stages, with Birchall continuing to set the pace with fastest time on every stage, while Rowlands maintained second place. Mark Jacques in his Lofthouse LS3 was third at the end of the day, with Jackson having dropped down the leaderboard after a stage maximum following a broken prop-shaft. Jackson would also have problems the next day when the steering broke but he and navigator Peter Widdop battled on to finish in 13th place.

Alan Thomas stopped on stage five with suspected differential issues on his Walker-Adams Revolution, Cameron Crow rolled his Tomcat and Chloe Jones’ troubles continued with a misfire and then the fuel pump breaking. She managed to continue though after fellow competitor Dale Gilbertson lent a spare pump.

There was no let up in Birchall’s pace as he took fastest time on all of the day three stages as well to give him a winning margin of nearly eight minutes.

“It’s been a fantastic event, the stages were great,” said Birchall. “It’s all gone really well, I think lady luck was on our side as we’ve not really had any problems other than a smoking relay which we sorted. I’ve been trying to win a hill rally for ten years so it’s nice to finally achieve it. The car has been spot on although it’s taken a hammering. It’ll definitely need a good check over before round two of the BXCC.”

Paul Rowlands finished in second place and, with Mark Jacques retiring late on in the event, it was Rowland’s son Jason who took third in his Can-Am X3.