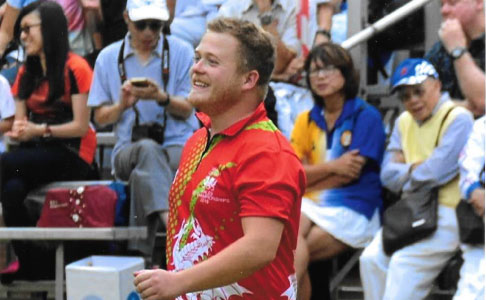 Wales’ Commonwealth Games stars will get the chance to shine on home soil when they go for glory at the World Bowls Atlantic Championships this week.

A total of 26 nations are gearing up for the global lawn bowls event, which gets underway at four South Wales locations on Friday.

The action in the Men’s and Women’s singles, doubles triples and fours begins at Penylan, Barry Athletic, Dinas Powys and Penarth Windsor Bowling clubs from 8.15am.

Wales’ bid for the title has been boosted by a host of Commonwealth medallists. Dan Salmon of Penylan claimed gold in dramatic fashion on the Gold Coast last year and will attempt to claim even more silverware in the singles at his local club. Salmon will also compete in the Pairs event alongside Harlequins Aberdare bowler and Welsh Indoor champion Ross Owen.

Glasgow games bronze medallist Jon Tomlinson and his RTB Ebbw Vale colleague Steve Harris will go for gold in the men’s triples with Wales international Ben Thomas of Pontrhydyfen completing the lineup. Owen will join the triples team for the fours as part of a strong Welsh contingent overseen by manager David Harding of Penylan.

Lampeter’s Anwen Butten will be hoping to more silverware to a glittering lawn bowls career. She has twice claimed the bronze medal in the Commonwealth pairs at Manchester in 2002 and Delhi in 2010.

The 46-year-old’s most recent success came in the triples when she won silver in the World Outdoor Bowls Championships in New Zealand.

She will go for glory in the triples and the fours with her Lampeter clubmate Mel Thomas and European mixed fours champion Bethan Russ of Port Talbot.

Sara Marie Nicholls of Llandeilo is tasked with the singles responsibility before she joins former Wales Youth star Ysie White in the doubles. Hazel Wilson of Berriew will manage the team as they get set to impress in-front of their home fans.

A competition schedule with full timings and locations can be found at welshbowls.co.uk/atlantic-rim-2019/tournament-schedule, while tickets can be purchased on the day at any of the four clubs.