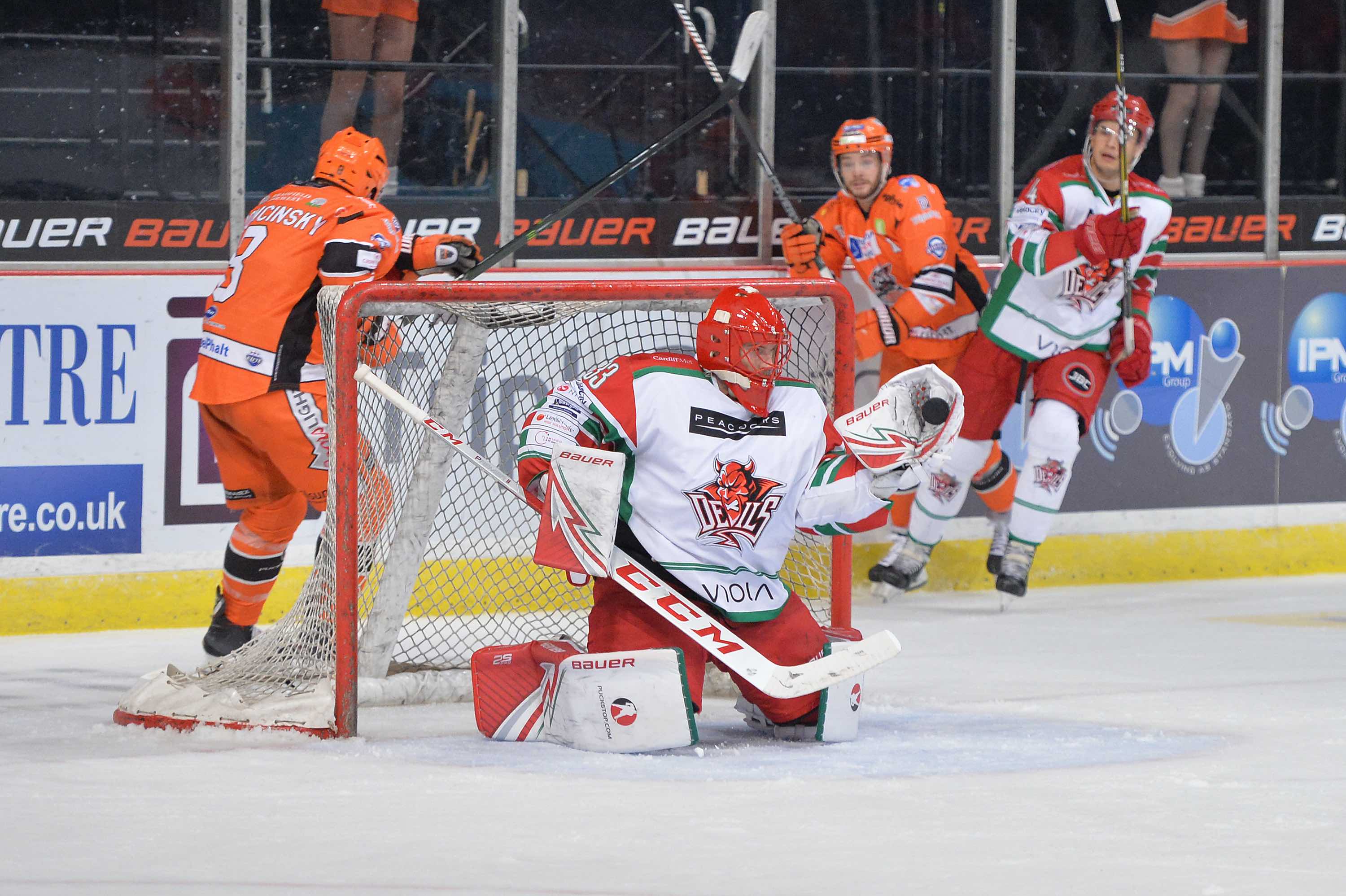 Sam Duggan (2), Matthew Myers and Josh Batch all scored on a night when Devils were without star imports Sean Bentivoglio and Masi Marjamaki through suspension.

Both will return for Sunday’s EIHL home clash with Glasgow Clan at the Viola Arena.

This looks certain to be the most competitive season of Elite League hockey with every team setting huge standards. Belfast Giants flew into Cardiff and won back-to-back matches at the Viola Arena, but they have since lost 5-0 against Sheffield Steelers and 5-1 at Fife Flyers.

Steelers were flying high at the top, but were crushed by a rampant Devils team who led 7-1 with less than 10 minutes left.

An official Devikls report described the performance as a ‘near perfect away game’.

Captain Joey Martin and his team led 3-0 after the first period, 6-1 after the second and returned to Wales having earned an outstanding win.

There have to be more than a few embarrassed Devils fans after some hit social media with unwarranted criticism last weekend.

Devils are now three points behind leaders Steelers with four games in hand.

“It was a good responce [after Belfast results],” said head coach Andrew Lord. “We were more than ready.

“Our approach in practice has been solid and I loved the way we went at it. We were down a couple of guys and younger players stepped up. The compete was there, togetherness was there and blocking shots was through the roof.

“It was awesome to see – and scoring seven goals was nice as well.

“Two weeks ago we beat Manchester and Fife. I felt we were going and rollin g, bt it fizzled out quickly [v Belfast].

“We were right back at it in Sheffield.”

Sheffield coach Aaron Fox was far from happy with the officiating by referees Andy Dalton and Liam Sewell, saying: “It was a tough one tonight. The game wasn’t managed very well from the referees side.

“We didn’t get a bounce to go our way all night. Overall, though, this wasn’t good enough.”

Devils raced into a three-goal lead. Stephen Dixon picking up a rebound and set up Joey Haddad to open the scoring at eight minutes 31 seconds. Then a freak goal put Devils two goals ahead after the puck took a bizarre bounce of the boards to leave Duggan the simple task of slotting into an unguarded net at 16-05.

Myers’ goal 46 seconds from the end of the period put the Devils into a commanding position.

Mike McNamee extended that lead to 4-0 just over a minute into the second period before Steelers netted their first at 28-44 when Marek Trončinský scoreed.

Haddad and Batch did scored two more goals to put Devilks 6-1 up after 40 minutes.

Duggan grabbed his second of the game with a perfectly-placed wrist-shot at 46-40 before Brendan Connolly and then an excellent finish from Tanner Ebele pulled the score back to 3-7 with a pair of late powerplay goals.

Man of the match: Sam Duggan