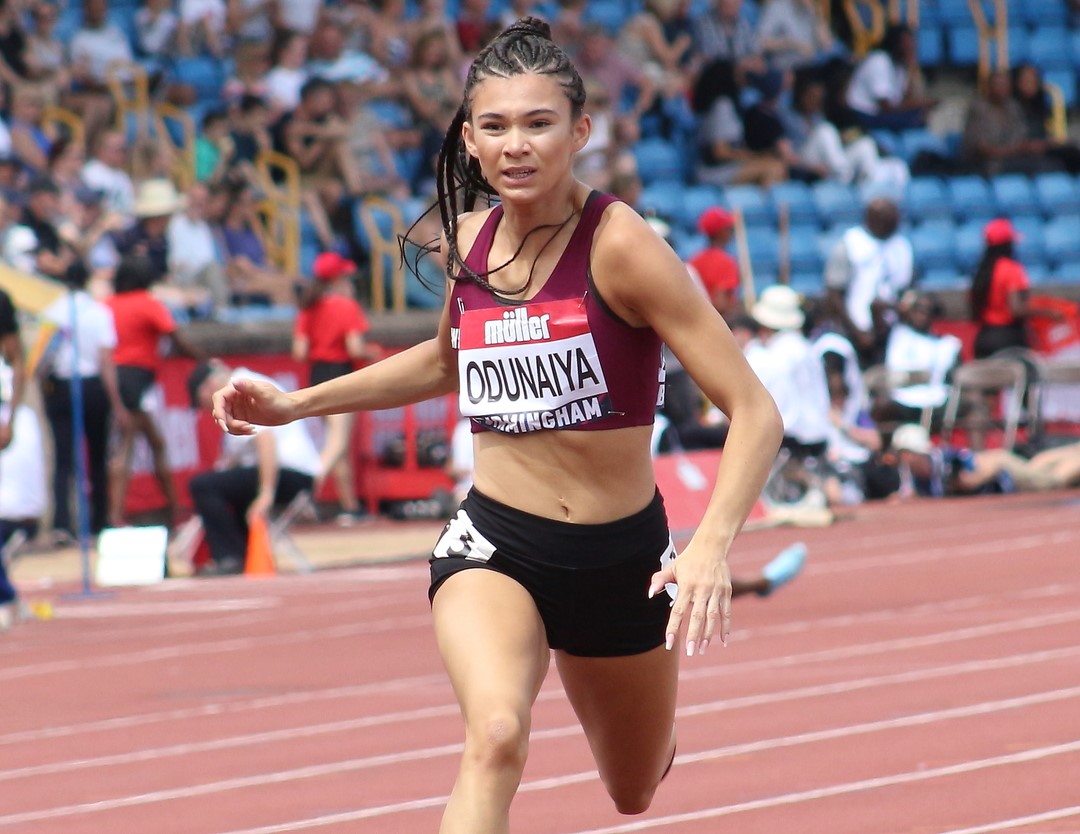 Cardiff and Swansea athletes warmed up for this weekend’s Welsh Athletics Championships with some excellent performances in the National Athletics League.

Swansea Harriers produced a fine all-round performance to finish second to Bristol and West AC in the Premiership West fixture in Yate with Cardiff Athletics 4th.

The result leaves Swansea in 11th place out of 16 teams in the Premiership table, with Cardiff Athletics in 13th. Thames Valley Harriers lead the league from Harrow AC.

There were outstanding individual performances from both clubs as some of Wales’ top athletes fine tune for the coming weekend and continue to chase Commonwealth standards for next year’s games in Birmingham.

In the field, Cardiff’s Rebecca Chapman, who represented Wales at the last Commonwealth Games, produced one of her longest ever leaps in difficult jumping conditions.

Swansea’s throwers were once again on form with Patrick Swan winning the A shot put competition with 17.32 and Daniel Cork triumphing in the B string event with 16.32.

The club also enjoyed a double success in the javelin with Aaron Morgan and Nathan James taking the honours with 55.96m and 52.03m respectively

Meanwhile, teammate Thomas Walley continues to rack up the points in the jumps with a winning height of 4.52m in the pole vault and 6.81m to win the long jump. He also finished third in the high jump.

The Harriers also enjoyed wins in the women’s A string shot put and pole vault thanks to Mille Carter and Jamie Holland.

Cardiff’s Bethany Moule, who is also chasing a Commonwealth Games standard, won the javelin with a throw of 45.02.

On the track, Cardiff’s Jeremiah Azu, who already has the Commonwealth standard, enjoyed a comprehensive victory in the 100m.

Fresh from his gold medal at the European Athletics Under-23 Championships, Azu clocked a rapid 10.30.

Cardiff’s Amy Odunaiya was also denied a new PB by the wind as she dipped under 24 seconds in the 200m for the first time as she won in 23.99.

There were no such problems for Cardiff’s Lauren Cooper as she won the 2,000m steeplechase in a new PB of 6:49.23.

The capital city club enjoyed a double in the 400m thanks to Rhiannon Linington-Payne winning the A race in 55.85 and Ffion Mair Roberts claiming the B race in 58.27.

Their clubmate Jack Houghton won both the men’s 400m hurdles in 56.42 along with 110 metres hurdles which was uncontested.

The fourth and final fixture for Swansea and Cardiff in this year’s National Athletics League takes place in Yate on Saturday, August 28.