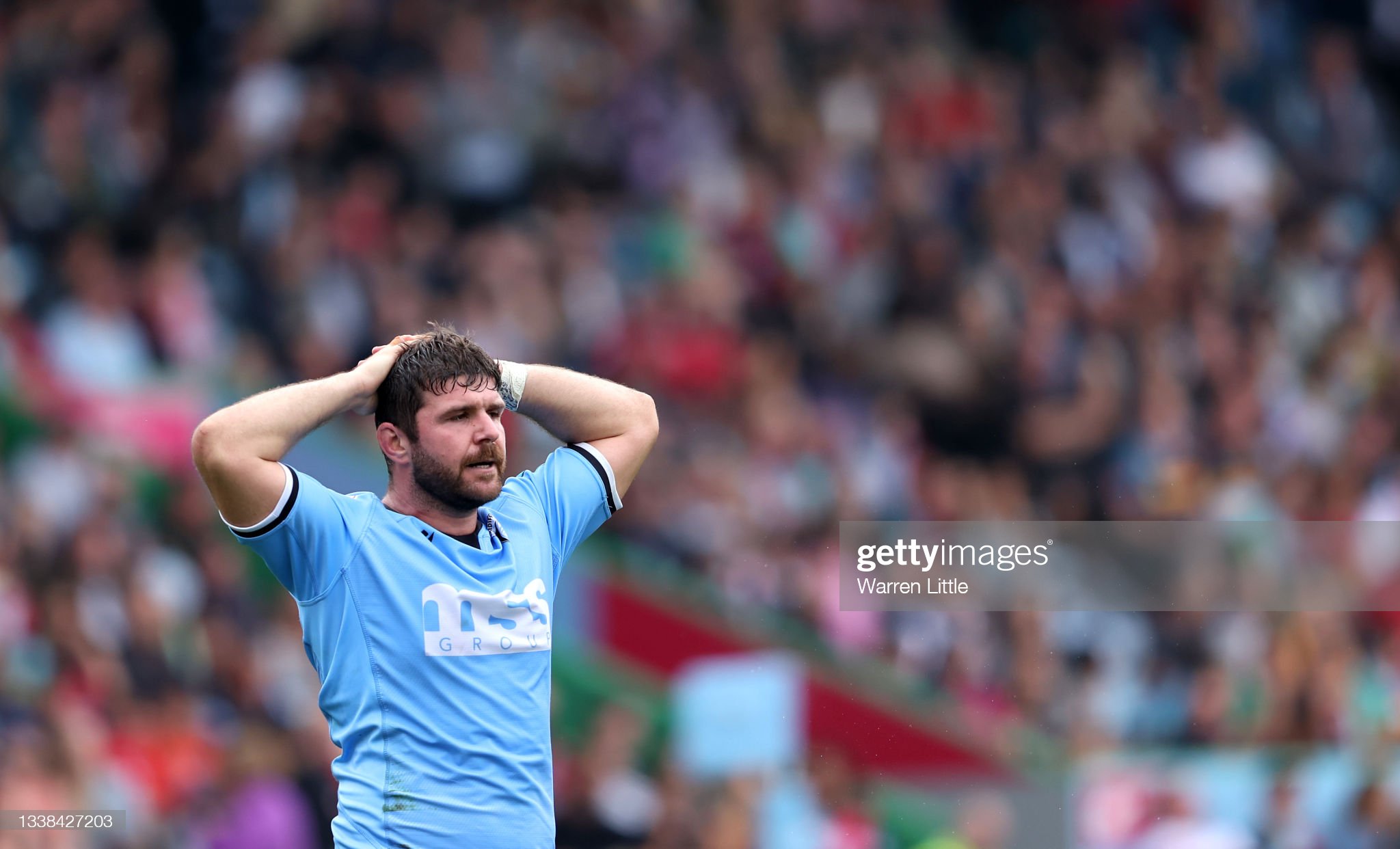 Kirby Myhill admits there was some dark humour used to soothe any nervousness when he and the rest of the Cardiff squad checked into their South African hotel this week.

For the hooker and most of the others in the group, this was a return to the country where they had become unscheduled long term inmates following the outbreak of the Omicron variant of Covid-19 back in December.

“There were a few jokes flying around when we checked into the hotel about how long we might be here, but hopefully this will be a better trip than last time,” says Myhill.

Three months on and Cardiff are back in South Africa to play their two postponed URC matches – the first of which, against the Lions in Johannesburg, is live on S4C on Sunday afternoon.

The lockdowns and travel restrictions that affected both Cardiff and the Scarlets on their previous visit made headlines around the world.

Neither club played a single minute of rugby, but this time Dai Young and his players are hopeful their activities on the field will be the only focus of attention.

“There were a few question marks because of what happened the last time,” admits Myhill, who made his Wales debut last November as a replacement against New Zealand.

“But they were put to bed pretty quickly. It’s a great place to come and play rugby and the situation is a very different one from a few weeks ago.

🔵⚫️Team confirmed for Sunday’s clash with @LionsRugbyCo in Johannesburg, with significant milestones being celebrated

💯 @jaaaarod is available and will hit a century in blue and black
👏 Rey Lee-Lo makes his 100th @URCOfficial appearance
🇲🇩 @DmitriArhip‘s 50th for Cardiff pic.twitter.com/L436QUZDWd

“It’s been a weird, stop-start season. But we have games coming thick and fast now and now is the time to put our foot hard down and get stuck into this run of games.

“You know what you get with South African teams. They are very physical with big scrums and line-outs, so we know the challenge that is coming. It’s up to us to step up and meet it.”

The Lions have been the poorest of the four South African teams competing in the URC so far this season, with just two victories from 10 games.

But the Lions, the Bulls, the Stormers and the Sharks have all vowed to make the most of their home advantage now the European sides are finally stepping onto their turf.

It won’t only be a motivated home side Cardiff will need to deal with at Ellis Park, either. Having left a cold, damp winter behind them, Myhill and his teammates will need to overcome temperatures of 26 degrees as well as the high altitude.

“The heat and altitude will be a factor. But that’s another challenge we have to meet,” adds Myhill.

Then, there is Cardiff’s most recent display – a thoroughly underwhelming 48-12 defeat away to Ulster, which Young admitted he did not see coming.

But the mini tourists have been boosted by the addition to their squad of Ellis Jenkins – who appropriately enough is on hand to strengthen Cardiff’s options at Ellis Park, having been released from the Wales squad.

Jenkins is among the replacements, while fly-half Jarrod Evans will make his 100th appearance for Cardiff.

Kirby Myhill knows what it takes to beat the All Blacks! The Welsh hooker is on the bench on Saturday and was part of the U20s team who beat Nz U20s 9-6 at the 2012 Junior World Championships 🏉 pic.twitter.com/92b7uMUkcO

“Ellis has lots of experience and is one of our leaders, so it’s nice to have him back,” says Myhill.

“I am not sure why they let him go. But it’s our gain and their loss.”

Myhill himself knows what it is like to be on the international stage one moment and then absent from it the next.

Having been called up during the autumn to win his first cap against the All Blacks, the 30-year-old then found his ability to press home his claims denied him by all the postponements which affected his club.

It meant he was overlooked by Wales for the Six Nations squad, but he believes a run of matches in the remainder of the season can offer him a route back.

“I was chuffed to be there and be in the mix. Hopefully, that will not prove to be my last chance.

“You get used to disappointment. This was not the first time I’ve been left out of a Wales squad, so I’ll deal with it.

“I was proud to be there last time and I have felt I’ve played quite well for Cardiff this year.

“But we didn’t play that much rugby before the Six Nations and we were stuck here straight after the autumn internationals, so it wasn’t the best circumstances before they named the Wales squad.

“You have to put that disappointment behind you. It sounds cheesey, but every Welsh boy wants to play rugby for Wales and that ambition will always be there for me.

“But you have to play regular rugby to make an impression.”

Live coverage of the United Rugby Championship match between the Lions and Cardiff from Ellis Park in Johannesburg. English commentary available.