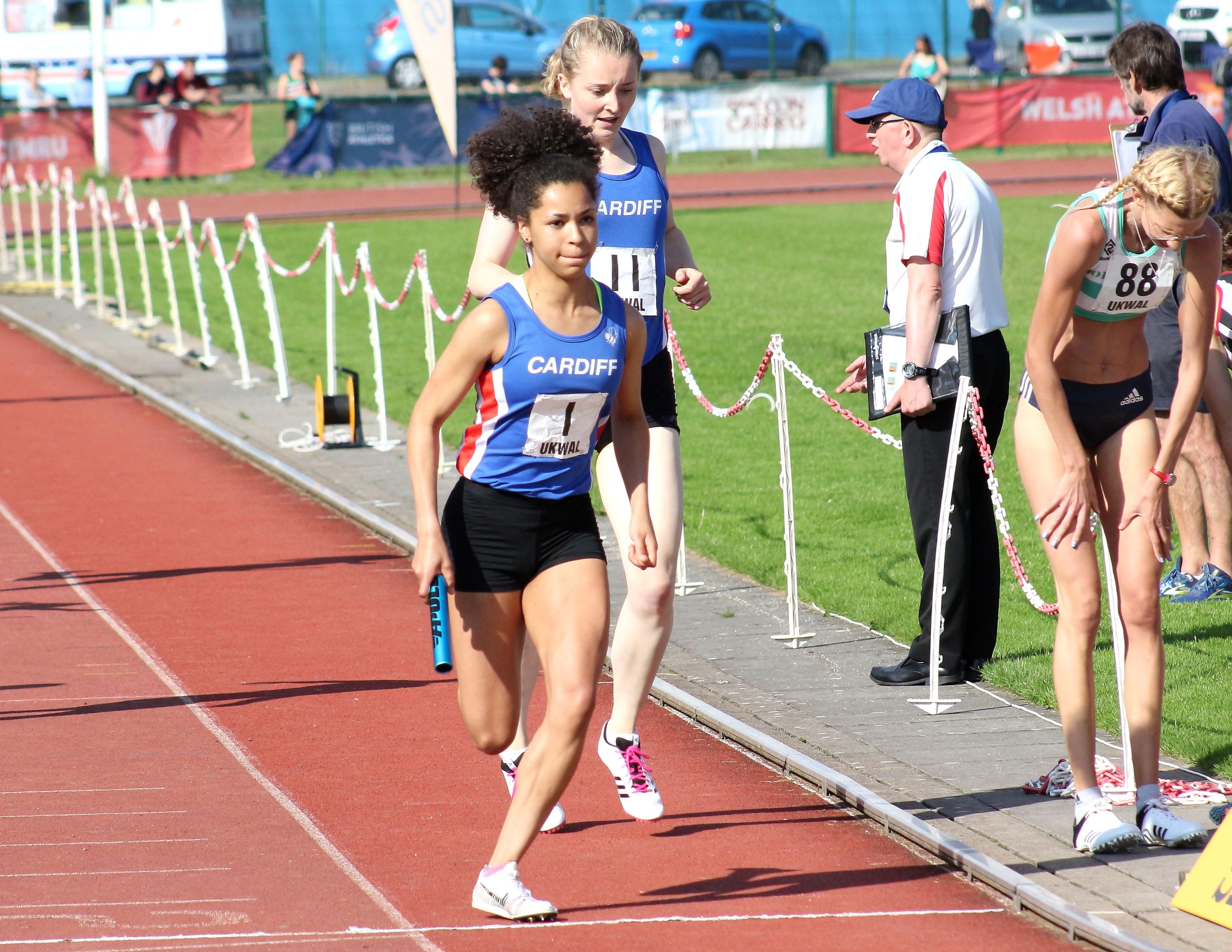 Cardiff Athletics’ women’s team made their return to the top flight of the UK Women’s League at Leigh with a highly creditable fourth place in the season’s opening fixture.

There were fine individual performances throughout the day as Cardiff amassed a total of 157 points, to bring them a total of five match points, which leaves them fourth in the eight-team Premier division – ahead of the likes of Birchfield Harriers – after one match.

The 400m witnessed a pair of Cardiff personal bests where Sophie Becker clocked 54.74 in the A string race and Rhiannon Linington-Payne recorded 54.53 finishing second to fellow Welsh athlete Melissa Roberts, of Birchfield, who also enjoyed a PB of 54.25 in the B race on Sunday.

Commonwealth Games and Olympic bobsleigh star Mica Moore clocked a season’s best time of 11.91 as she gained maximum points in the B string 100m race.

There was a Cardiff win in the high jump B event where Deana Kealy also set a new PB of 1.65m and the long jump also saw good points for the Welsh club as Rebecca Chapman finished second in the A event and Sara Geary was second in the B event, both in season’s best distances.

Sarah Omoregie also claimed a second place in the shot put A event with a throw of 14.81m, while Sabrina Fortune went one better by winning the B event in 12.87m.

Cardiff’s Bethany Moule was second in the A string javelin with 46.30m, while Wales team-mate Bethan Rees won the B competition with 47.79 for Birchfield Harriers.

In the First Division, Welsh Commonwealth international sprint hurdler Caryl Granville made a busy and successful return from injury for Swansea Harriers.

Granville, who until recently had been sidelined through injury since the Gold Coast Commonwealth Games in April 2018, gained a win and two second places for her club side.

However, she topped the podium in the 400m hurdles B event, where she won in a time of 58.71. Team-mate Bethany Kennedy was second in the A string race where she clocked 58.31.

Points were generally hard to come by for Swansea in the sprints, however Lauren Williams picked up a third place in the 400m A race in 55.80 and their sprint quartets took second in the 4×100 and third in the 4x400m relays.

The longer distance races were a rich source of points for Swansea with Sophie Harris enjoying a comfortable win in the 3000m A race, finishing over half a minute clear of her nearest rival in 9:30.87.

Meanwhile, team-mate Kate Roberts was equally impressive in the B race, also finishing over half a minute clear of the field in 10:20.29.

The 3000m steeplechase saw Ffion Higginson claim second spot in the A race in 7:23.18, while Bronwen Stratton-Thomas took maximum points in the B event in a PB of 8:05.56.

The field events proved difficult for Swansea, although Emily Lloyd claimed second in the pole vault B event with 3.50m.

Young Gwennan Lewis put in a real shift for the team recording PBs in the shot put and discus and a season’s best distance in the hammer.

Swansea finished their first fixture of the season in sixth place in the eight team first division.