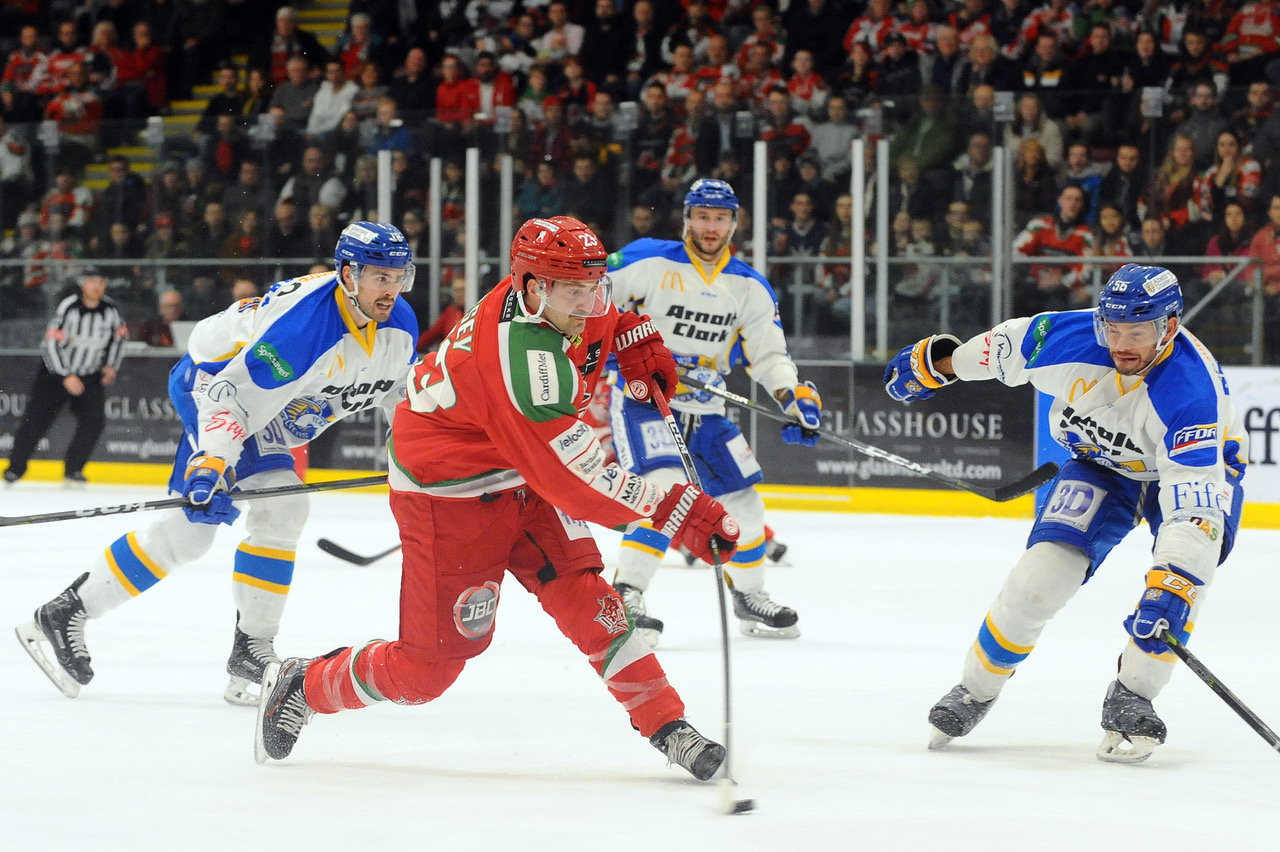 Cardiff Devils defenceman Evan Mosey has had surgery on a serious knee injury and will miss the majority of the 2019-20 season.

American Mosey suffered an injury during the World Championships in Bratislava last month and is now recovering from reconstructive knee surgery.

“This is a big loss for us,” said Devils coach Andrew Lord, “Evan is a big part of our team and he was one of the first players signed up for next season.”

“Our first priority was to ensure that Evan had the surgery as soon as possible.  Team GB and Ice Hockey UK were extremely helpful in making this happen, so we want to thank them for everything they have done to help Evan.

“Our partnership with Nuffield Health helped get him in right away and we are lucky to have one of the best surgeons in the UK doing the surgery, a procedure that he has done on a few of the Devils over the years.”

Mosey had already committed to Devils for next season, but an MRI scan showed that he needed his ACL reconstructed, a surgery that could see him out of action for six to eight months.

He was injured during the middle period of GB’s last game of the tournament, the historic win over France, but the jubilation was soured when the extent of the damage to his knee was revealed.

Mosey is expected to make a full recovery, but in the meantime the injury means another player to recruit for Lord.

Devils have updated their pre-season schedule after Banska Bystrica have cancelled plans to travel to the UK in August.

Coach Andrew Lord and his team will now play Nottingham Panthers home and away.