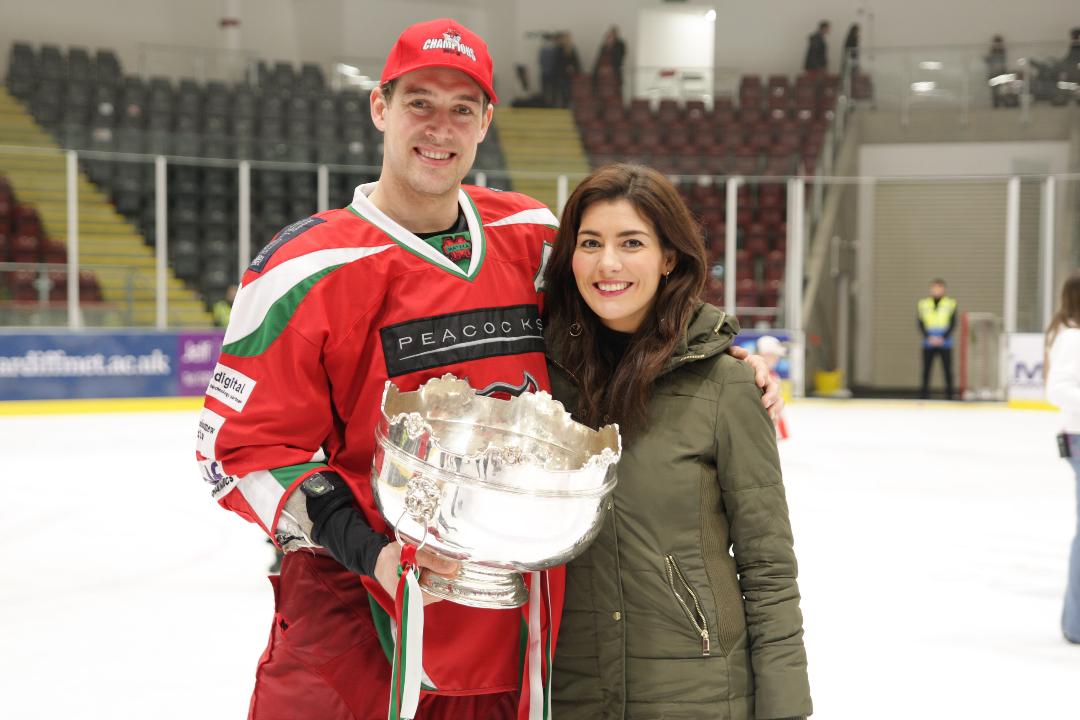 Devils and Steelers go head-to-head in Cardiff Bay on Sunday afternoon with the first trophy of the Elite League season up for grabs.

The final is at Cardiff’s Viola Arena home stadium and Devils head coach Andrew said: “It’s always a big occasion to play in a final and this will be extremely special against special opposition.

“Personally, it’s special to me because this was the first trophy I won as a coach and the first title our team won under the new ownership group.

“It’s also special because the rink will be a little bit different with an even split of fans inside, too. We’ll need our supporters behind us and loud and proud throughout the entire game.”

It is also a massive day for Cardiff-born centre Matthew Myers, who will lift the Challenge Cup for a remarkable ninth time in his career if Devils emerge triumphant.

He has had success with home city club Devils and Nottingham Panthers over the years.

This is the third Challenge Cup final meeting between these two clubs in recent years and Devils won both of the previous finals – first under coach Gerad Adams and then three years ago when Lord was in charge.

Devils have made five of the last six finals, won three Challenge Cups since 2004. Steelers have not won the Challenge Cup in the Elite League era despite contesting six finals.

Sheffield beat Manchester (8-5 aggregate) and Glasgow (9-1) in the knockout stages, while Cardiff overcame Belfast (5-0) and Nottingham (9-8) to reach this stage.

More than 1,500 Steelers fans, including more six coach loads, will be decked in orange inside the Viola Arena for the game.

“I’m honoured to be coaching my team in a final during my first season in Elite League,” says Steelers coach Aaron Fox. “We move on Friday’s game [when Cardiff defeated Sheffield 7-3 in a League match] and know this is the chance to win a trophy which would be huge for our club and for our fans.

“They turn out to support us every week and we are all hugely appreciative that so many are making the trip to Cardiff for this game.”

The final starts at 4pm and is being broadcast live on Premier Sports.

More details about how to subscribe can be found here

Sheffield are top seeds and classed as the home team, which gives them the last change. They will wear their home, dark, shirts.

Overtime will be played if the score is tied after three periods. It will be played as continuous 20-minute periods, sudden death, periods until a team scores.

An 18-minute intermission will take place before each overtime period.

The winning team will be presented with the Challenge Cup trophy on the ice after the game and will receive medals in their locker room.