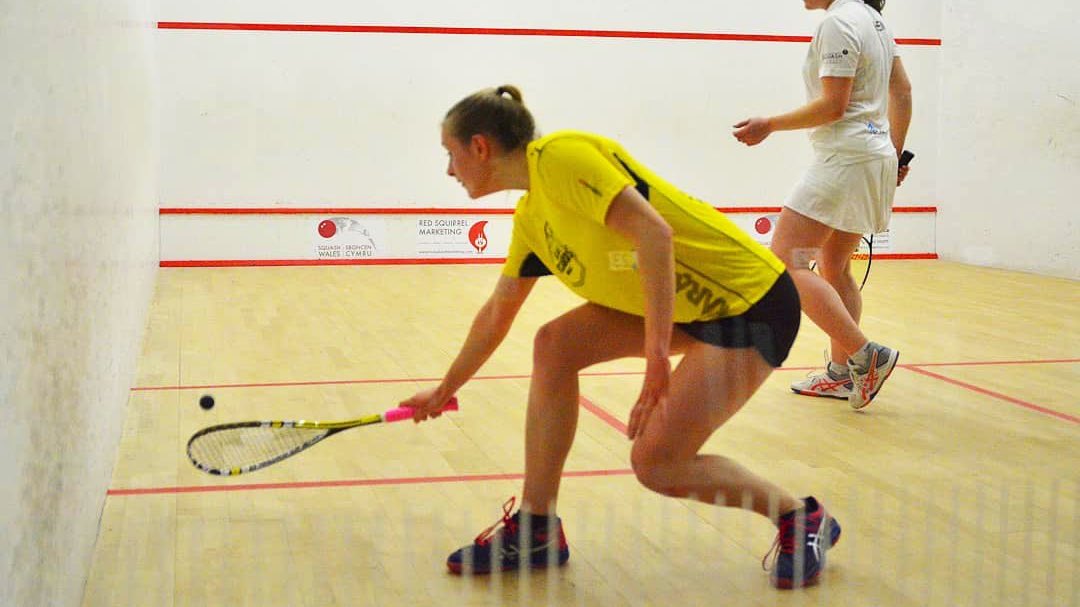 Welsh Wizards player Grace Gear plays a shot down the wall against RAC in Cardiff.

The 20-year-old from Welwyn Garden City was called up by Wizards with Welsh number one Tesni Evans playing in World tour events.

New Zealand’s Paul Coll, ranked six in the World, and the London-based team RAC won 4-1 with Gear earning a home success in the women’s match.

“It felt good to earn the win, particularly against one of my training partners from back home,” said Gear after an 11-6, 11-9 success against Alice Green.

“We are really good mates and it felt good to come out on top.

“I was excited about playing for Wizards, my local team while I am at university.

“It was a sell-out crowd and the atmosphere was amazing with all the cheering and support.”

Gear, who won a team gold medal ay the World University Squash Championships in 2018, achieved her highest World ranking so far this month, climbing to 85.

The five-times Hertfordshire under-19 champion, who started playing squash at the age of five, is in top gear and aiming to continue her climb up the rankings.

Marwan Elshorbagy, Edmon Lopez, Elliott Morris Devred and David Evans were the other Wizards in the match against RAC, while Welsh trio Peter Creed, Emyr Evans and Tesni Evans will be available for the next fixture against Chichester away next month.

For Wizards match tickets click on the link: welshwizards.com/book-tickets

Play-Off semi-finals to be played week commencing May 6, while the final will be at St George’s on Saturday, June 1.