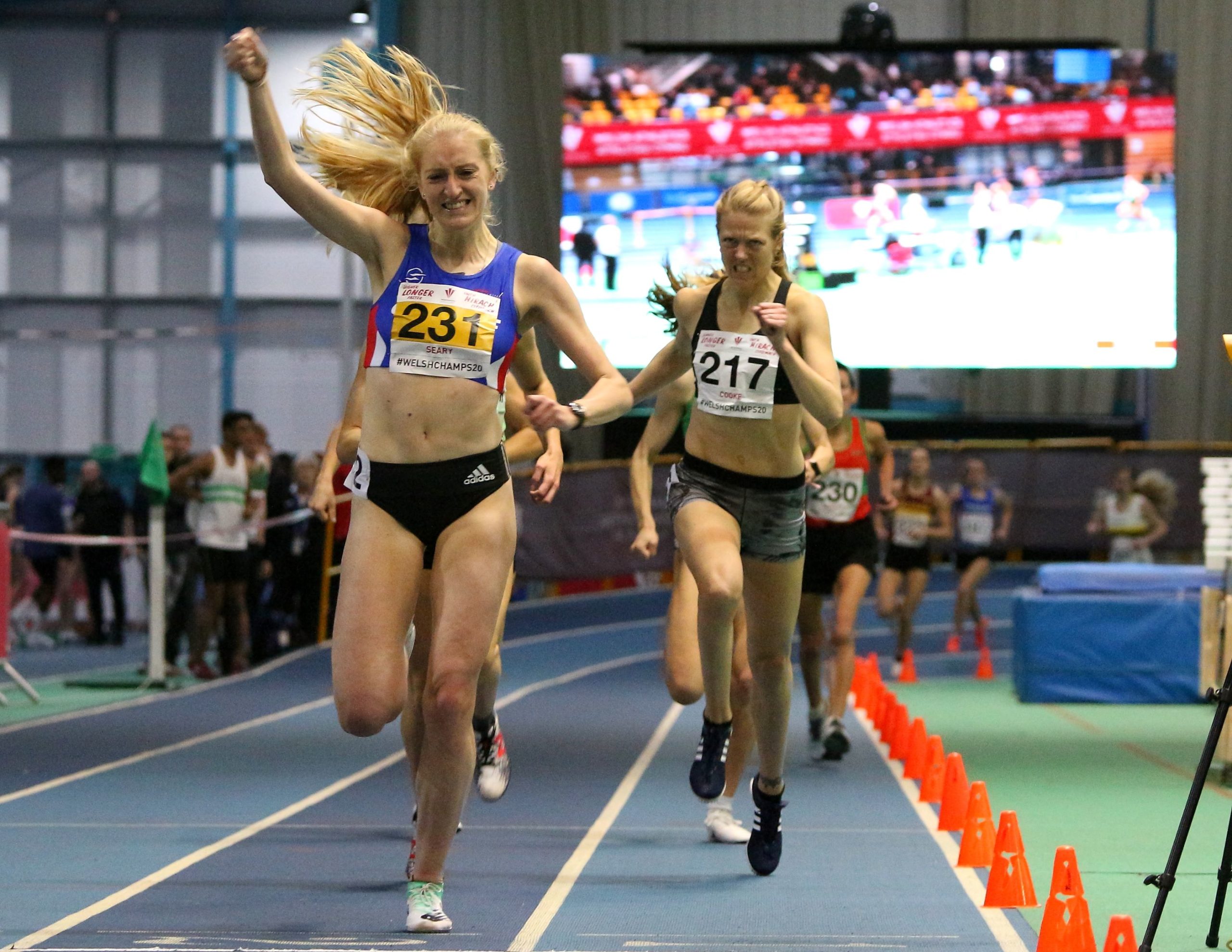 Cardiff middle distance runner Kate Seary and two other international athletes have called on the sport’s bosses to issue lifetime bans for coaches found guilty of abuse-related breaches of their licences.

The letter calls for zero tolerance lifetime bans for coaches who are found to have broken the conditions of their coaching licence in cases of physical or sexual misconduct, harassment and abuse.

The move has earned huge support from athletes the length and breadth of Britain and across the globe.

Around 2,000 people and counting have signed an open petition attached to the letter, including Olympic American long jump superstar Tianna Bartoletta, who has publicised the campaign to her thousands of followers on social media.

The letter addressed directly to Coates says: “We are writing to you on behalf of the athletics community across the UK who deserve to be safe and protected whilst enjoying the sport that they love.

This is our letter to UKA calling for a zero tolerance policy regarding abuse towards athletes.

It is an open petition and we welcome fellow athletes, parents and the sporting community to add your name supporting us using this link https://t.co/ahVoLlduUp#ZeroToleranceUKA pic.twitter.com/lVewN0jGBe

“Recent events have highlighted that some coaches who have broken the conditions of their coaching license – specifically in the context of physical or sexual misconduct, harassment or abuse – will be eligible for reinstatement after temporary bans. The potential risks of this policy are obvious, and to protect the safety of all athletes we feel that these cases cannot be resolved using arbitrary decisions that consider any professional future for these coaches.

“It is positive that UK Athletics is entitled to withdraw a coaching licence at any time for any breach of condition 6.1 of the Coach Licence Terms and Conditions. However, it is concerning that some coaches are still only being given temporary or restricted bans. We feel that anything less than a full and permanent ban is unacceptable in cases of physical or sexual misconduct, harassment or abuse.

“We therefore call for a zero-tolerance policy regarding any physical or sexual misconduct towards athletes in our sport. If any coach is found to have broken the Coach Licence Terms and Conditions regarding abuse of this nature, we believe their license should be permanently revoked. We want an end to short-term or restricted bans and a move to consistent, transparent rulings with the welfare of athletes at the heart of decisions.”

Olympic gold medallist and double World Champion Bartoletta tweeted about the athletes’ letter, saying: “Will be retweeting and sharing all day until enough people care enough to share this enough to make sure @british athletics understands that they don’t want predatory coaches back. We want permanent bans. What are they thinking that we’d forget about them after 2 years. Nah. Bye.”

Please RETWEET to encourage @BritAthletics to take a ZERO TOLERANCE POLICY against these coaches. The policy to suspend for a few years and allow them to return to their “hunting grounds” is unacceptable, infuriating, disappointing, disgusting, reckless…did I say unacceptable? https://t.co/6HgCmrCF1m

Others who have added their names in support of the letter include a host of Seary’s Cardiff Athletics team mates along with Welsh athletes from around the country.

UK Athletics has responded by releasing its own statement which reads: “Physical or sexual abuse is obviously very serious, contrary to our regulations and codes, and we would investigate anything raised with us fully and ultimately take it to a hearing. These are also likely to involve criminal law offences and we raise with and work with police and other relevant agencies.

“However, the application of permanent sanctions such as lifetime bans can be susceptible to strong and robust legal challenge. Whilst time specific bans mean in theory an individual can reapply for a license at a future date, the sport then can review whether or not to permit them to re-enter the sport.

“We understand the concerns highlighted with the petition, we are committed to making our sport safe and we urge anyone to come forward to us with any issues on safeguarding@uka.org.uk.”

You can read the letter and view the petition here: https://docs.google.com/document/d/1Ej3d7KbUOV9bGBmltgIq3W0FaP24DOLrk_F9s4r_tsU/edit