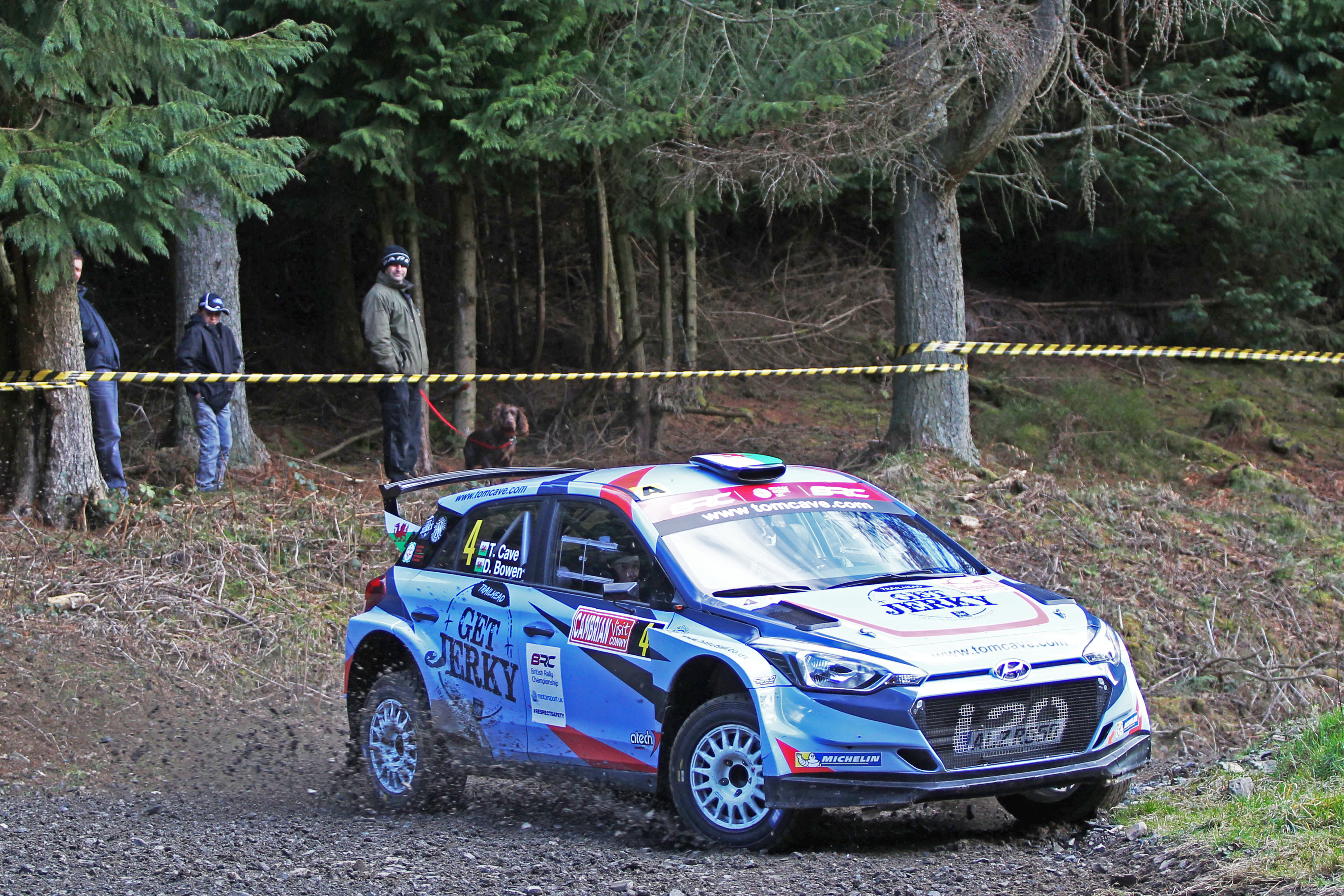 After a good pre-event test, Tom Cave is confident of scoring a good BRC result in West Cork this weekend.

Tom Cave is aiming to get his British Rally championship title challenge back on track this weekend (16-17 March) when he heads to Southern Ireland for round two, the Clonakilty Park Hotel West Cork Rally.

The Aberdyfi driver will be joined on the event by his co-driver for the past three seasons James Morgan from Hirwaun, who sits in for Dale Bowen who is unable to partner Cave this weekend.

West Cork is the first asphalt event of the season for Cave, who will be looking to replicate his performance from last month’s Visit Conwy Cambrian Rally, but not the result. Whilst he set a series of front-running times and was challenging for the lead on the final loop of stages in the North Wales forests, three consecutive punctures meant he was unable to make it to the finish.

Cave will be driving the same Philip Case Rally Sport prepared Hyundai i20 R5 that he used for the opening round of the BRC, with the team having re-prepared the car and changed the set-up from gravel to asphalt specification.

To ensure he hits the ground running this weekend, Cave tested the car on Tuesday and was delighted with outcome.

“The PCRS guys did a great job of setting up the Hyundai for asphalt, which meant there was very little to do to get the car handling perfectly,” said Cave. “However, Storm Gareth made things interesting: we had sun, wind, rain and hail in the space of a couple of hours. It was an ideal scenario actually, as we’re likely to encounter a mixed bag of conditions at the weekend.

“Whilst the result of the Cambrian wasn’t what we wanted, the performance of the stages and the reliability of the car absolutely was. I therefore head to West Cork confident in the knowledge that we can challenge at the front of the field – especially following the outcome of this week’s test. I’m really looking forward to driving the Hyundai on asphalt for the first time since the summer of 2017.

The West Cork Rally starts from Clonakilty at 10.00 on Saturday and sees the 200-strong field contest nine stages during the day. A further six take place on Sunday with the first car scheduled to reach the finish back in the host town at 16.30 having covered a total of 130 competitive miles.