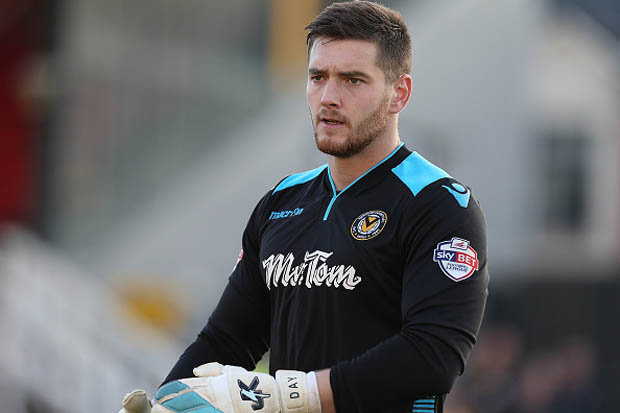 Joe Day has beaten Leicester, gone head-to-head with Manchester City, and become the father to twin girls in what has been a season to remember.

But the Newport County goalkeeper believes guiding Mike Flynn’s side into the League Two play-offs would rank right up there with anything he or his team have achieved in the last 12 months.

Day and his boss Flynn were named League Two player and manager of the month for April respectively and both are targeting glory at Morecambe this afternoon.

A win for the Exiles at Globe Arena would ensure County’s play-off spot.

“It’s been a great season and there have been many personal highs, no more so than my two little girls being born,” said Day. “We don’t want it to stop and we want to keep going.

“We’ve got one more cup final and we’ll see where it takes us. If we make the play-offs it’s got to be right up there. FA Cup games are almost easier to get up for and to raise your game.

“To finish in the play-off places over the course of a whole season is a very big achievement and hopefully we can finish the job.”

Newport boss Flynn helped County from falling out of existence with a great escape from relegation in 2017. Since then he has worked wonders to set-up money-spinning FA Cup meetings with Tottenham, Leicester and City. Now he remains in with a chance of promotion to League One.

“If you look at the big games we’ve had over the last few years we’ve thrived on them and that’s a massive credit to the squad,” Day added.

“We’ve got to take confidence from the experience we’ve had in high pressure games before. “They’ve brought out the best in us in the past. It’s massive that things are in our own hands and it’s a massive achievement for us to know if we win, we’re in the play-offs.

“We have to go into the game full of confidence. Nerves won’t play a part.”

Newport have a clean bill of health for Morecambe and the whole club is focused on the play-offs. That includes No 1 Day who is out of contract at the end of the season.

“It’s not anything I’m thinking about at the moment if I’m totally honest. We’ve got one massive game left and then if we make the play-offs, two more big games,” he added.

“I don’t want to be looking beyond that. I don’t want to distract myself from the task at hand. The summer is a long time and we can get things sorted then.”

Flynn said: “We’ve got ourselves in a good position, but that’s all we’ve done. We haven’t done anything yet and I want to finish the job.

“It’s great having the plaudits, but I want to extend the season. I want to get into those play-offs and if we fell at the last hurdle I’d be absolutely gutted for this group of players.”