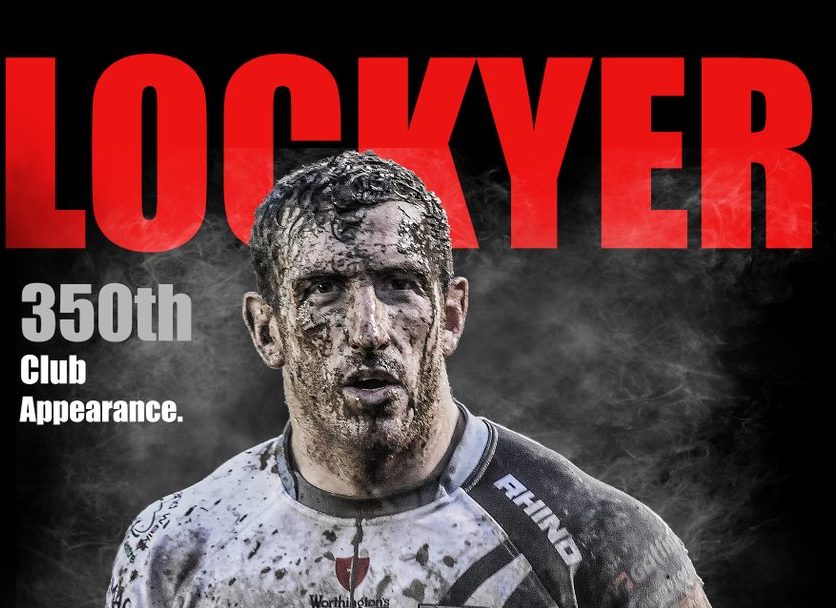 Dafydd Lockyer will make his 350th appearance for Pontypridd on Saturday with the club aiming to mark his big day with a victory.

When Lockyer played his first match for Ponty in the 2002-2003 season, regional rugby was still little more than a twinkle in David Moffet’s eye.

The 33-year-old centre did leave for a brief spell with Neath but then returned a decade ago, meaning Ponty’s home game with Bedwas will mark a significant milestone.

Ponty head coach Justin Burnell says: “It is all about Dafydd’s 350th game.

Looking forward to covering @PontypriddRFC vs @bedwasrfc on @yclwbrygbi today. Huge respect for this man @dlockyer12 locked horns with him from mini rugby all the way to the premiership. Top quality player and bloke. Congratulations on an incredible achievement #350 #oleole https://t.co/0v4opQ93Vr

“It’s very pleasing for me because I was the gentleman who identified him and brought him to the club over 15 years ago.

“It’s amazing to see what he’s achieved. If it wasn’t for a few injuries and his stint at Neath, he would be in that 400 club. He’s been a fantastic ambassador for Pontypridd, a tremendous captain and one of life’s rugby characters.

“He works just as hard off the field as he does on it and he’s a great individual. He’s fully focussed on this game and desperate to get a win.”

To make his achievement, Ponty are planning a supporters’ Q and A session with their captain in the Sardis Road clubhouse after the match.

Congratulations to our captain @dlockyer12 on reaching 350 appearances today. Let’s raise the roof at Sardis Road to celebrate his achievement⚫️ 5.15 kick off ⚪️ #Olè #350NotOut pic.twitter.com/bCwtNXuTMy

Lockyer said: “Being part of this club means the world to me. Its really humbling to play with a great bunch of boys week in week out and to reach my 350th game is so special.

“My family watch the games and remain so supportive. I can’t wait to the pull the jersey on and run out with my children and the boys at Sardis road, and cannot thank everyone enough for the great support I have had so far.

“Our rugby family is certainly unique, as are the supporters. The support we get means everything to the boys and I am sure that the terrace will be really vocal on Saturday as always.

“The Q&A in the clubhouse after the game will be interesting I’m sure, and I look forward to getting amongst the fans to share a beer.”

Despite the game being billed as a milestone for Lockyer, second place Pontypridd know they have to win to keep the pressure on top-of-the-table Merthyr.

Burnell has warned his side not to underestimate a desperate Bedwas side who are fighting to avoid relegation.

He added: “Bedwas have a very good set-piece and they are very good in the contact area so that’s something we’re very conscious of.

“They are a very good side and we will need to be at our best to beat them. With Bedwas being at the wrong end of the table they will be coming to Sardis Road full of desperation which makes them a very dangerous side.

“But I’m confident in the squad we have out that we can get the job done. It’s very tight at the top of the table so we need to keep the pressure on Merthyr. What Merthyr have got is strength in depth with quality across the board so it will take a good side to stop them.”

Cardiff’s impressive 34-28Cardiff win over Merthyr at The Wern on Friday night has cut the gap at the top of the Premiership to seven points, with Merthyr on top on 61 points and both Cardiff and Ponty tied behind on 54.

Elsewhere in the Principality Premiership 14th place Bridgend host Cross Keys in 12th in what is already shaping up to be a crucial encounter with both sides desperate to avoid the drop.

Mid-table Llandovery will be hoping to pile more misery on struggling Bargoed while Aberavon will be hoping to keep in touch with the Premiership’s pacesetters as they travel to Swansea. Fourth place Ebbw Vale face Llanelli while Neath’s precarious financial situation means their game against RGC1404 has been postponed.

Best wishes to @dlockyer12 making his 350th appearance for @PontypriddRFC today. An amazing achievement by a Welsh Premiership great.

Great ambassador for the league and his club. #LoveClubRugby