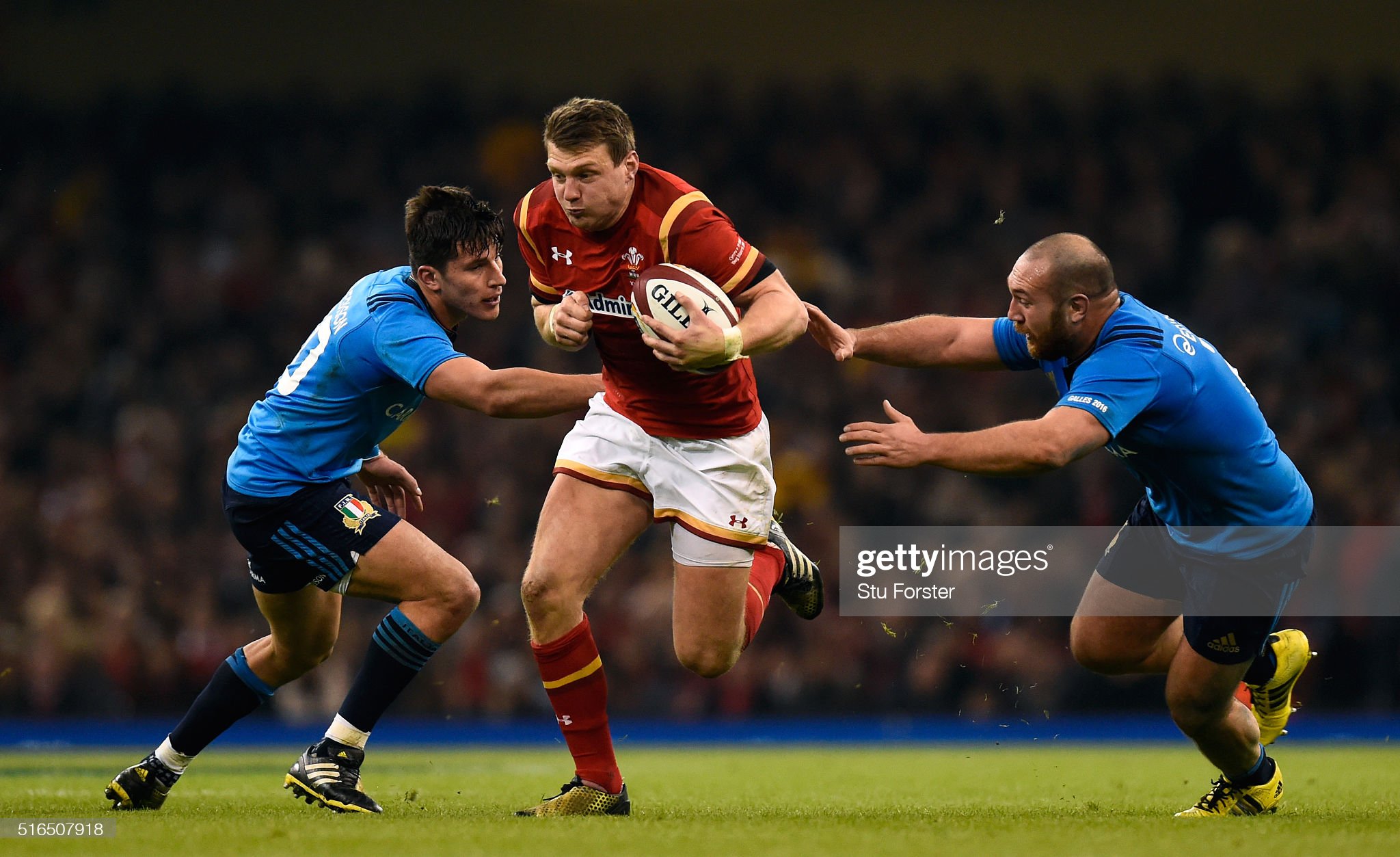 Dan Biggar has been one of Welsh rugby’s most consistent performers for a number of years. Time and time again the Northampton Saints playmaker has been Wales’ go to man in the most testing of circumstances. Alex Bywater chats to the 30-year-old ahead of this autumns Nations Cup campaign.

Dan Biggar admits he is already eyeing a century of Wales caps as Wayne Pivac’s side get set for a busy autumn campaign.

The 30-year-old playmaker is currently on 83 caps but with up to 11 test matches pencilled in for this season Biggar could end the season closer to the 100 cap mark. Pivac’s side will play in the newly formed Nations Cup with autumn alongside England, Ireland, Scotland, France, Italy, Georgia and Fiji before competing in the Six Nations in early 2021.

Injury permitting Biggar is a certainty for the squad and the Northampton Saints star is confident Wales can set the record straight after an underwhelming start to the Pivac era.

“I was looking at the games which got cancelled as I’m trying to creep up towards 100 caps,” he said.

“I think a few other players are up there like George North and Leigh Halfpenny. I’m sure it will be in the back of their minds as well, but no one has any right to be given caps.

“You have to earn it and I’m going to try my best to stay in form and stay fit. With the summer tour being cancelled it will be a very long time between the Six Nations ending and whenever we meet up next with Wales. It will be great to get back in amongst it.

“Wayne would have liked as much time with us as possible, but obviously that hasn’t worked out. I suppose it will be like hitting the reset button.

“When I came back into Northampton a lot of the boys had forgotten the calls. I suppose trying to rack your brain with Wales will be even more difficult! Obviously you want as much time together as possible, but with the structure we have in the northern hemisphere we don’t seem to have that.

“It will be good to pick up the learnings from the Six Nations and go again.”

But before he turns his attention to test rugby Biggar has the small matter of a Heineken Champions Cup quarter-final with Exeter Chiefs to contend with. Biggar’s Saints have won just once since the restart and have fallen away badly, but only three points separated the two sides when they last met at the start of this month.

The two sides have experienced contrasting fortunes since rugby returned from lockdown with Exeter runaway Premiership leaders and still on for a domestic and European double. But the former Ospreys man insists Northampton won’t die wondering.

He said: They’re a very tough side. The game where we qualified to play them in a quarter-final seems like forever ago.

“We’ll see where we go from there. That’s what we’re going to do and it’s just great coming into the business end of the season that we’re right in the mix with a Champions Cup quarter-final.”

The congested nature of the Premiership schedule since rugby’s return has left players battered and bruised. It has left teams with no other choice than to rotate their squads.

Biggar sat out Northampton’s embarrassing seven-try hammering at Bristol, but will be a certain starter against Exeter with his men firm underdogs.

“There is always a concern and that bit of risk,” Biggar said, when asked on the issue of player welfare. “The workload is pretty heavy there is no doubt about that, but we’ve built up a pretty decent squad here in the last 18 months. The same 15 can’t play every week and grind it out.

“Injuries are part and parcel of rugby.”