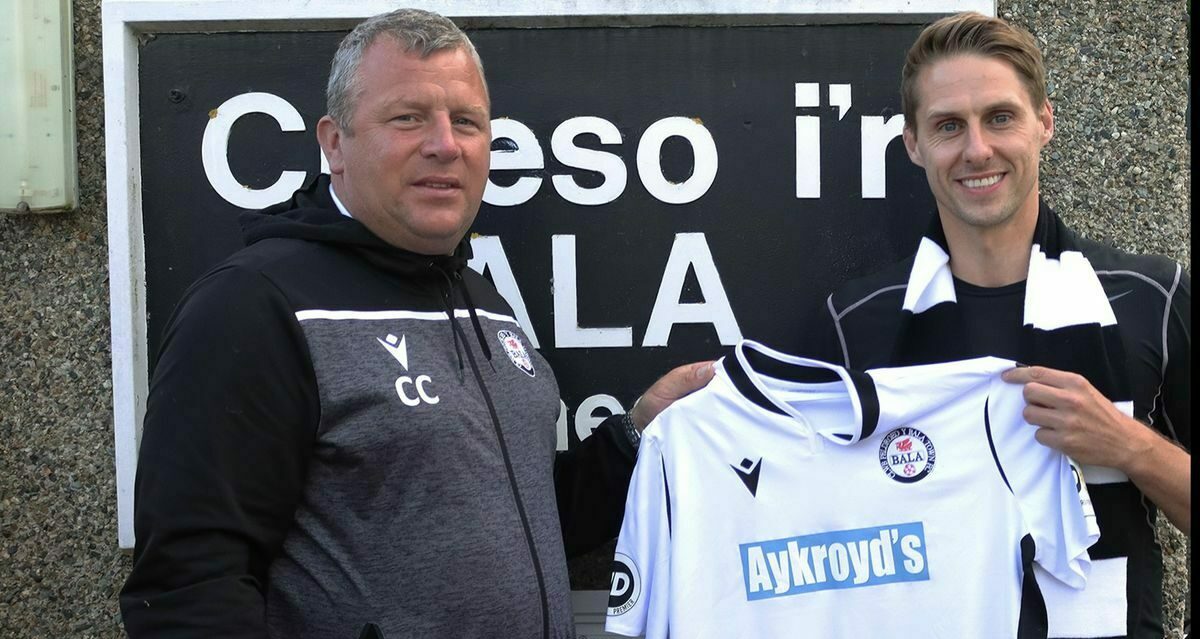 Five years ago David Edwards was part of the Wales squad at Euro 2016 but this evening he will start a new European adventure with Bala Town who are taking part in the first ever UEFA Conference League.

Bala are taking on Northern Ireland’s Larne who are featuring in European competition for the first time in their history.

The match is taking place at Park Hall, the home of TNS due to UEFA ground requirements. The second leg will then take place in Northern Ireland next Thursday.

Edwards can’t wait to get his Bala career underway tonight and says the prospect of a European adventure is very appealing.

“I was desperate to carry on my playing career and to come to the JD Cymru Premier is something I always had my eye on doing in the latter stages of my career, so to be here at Bala is really exciting for me, as well as having a European adventure to look forward to,” said Edwards who was speaking to the Shropshire Star.

“I’ve never been in European competition at club level before, so it’ll be something new for me. I’m really excited and hopeful that we can get through the first round.”

There are also another two Welsh teams in European action tonight.

The Oval, the home of Glentoran FC.
Yesterday evening, we trained.
Tonight, the rubber hits the road, as we play our first competitive game of the season. pic.twitter.com/SsvJOvBVzS

TNS are also facing Northern Irish opposition as they travel to Glentoran.

Manager, Anthony Limbrick is pleased with how is squad is shaping up ahead of the new season and could hand a start to their highly rated academy graduate Morgan Daykin.

“Morgan has done great in pre-season, he played well in pre-season and he got a fantastic assist in mid week and defended well, and deserved to start because he’s there through merit,” added Limbrick.

“He is contention for Europe, there’s no doubt about that.

“Jake Canavan also played 90 minutes in mid week and was strong in Scotland, and we have a lot of good young players and I’ve said, if they are good enough then they will play.

Meanwhile, Newtown travel to Dublin to face Dundalk and are in European action for the first time since 1997.

Newtown boss Chris Hughes is hoping his players will enjoy the occasion and is under no illusions about how difficult it will be to compete in this competition.

“For us to get into Europe anyway is a huge achievement and coming up against sides with bigger budgets and better players is something that we relish and something we enjoy and this will be no different.”

Yesterday, Connah’s Quay drew 2-2 with Armenian champions FC Alashkert in the first qualifying round of the Champions League.

The Nomads goals were scored by the experienced Craig Curran and George Horan who equalised just 11 minutes from time.