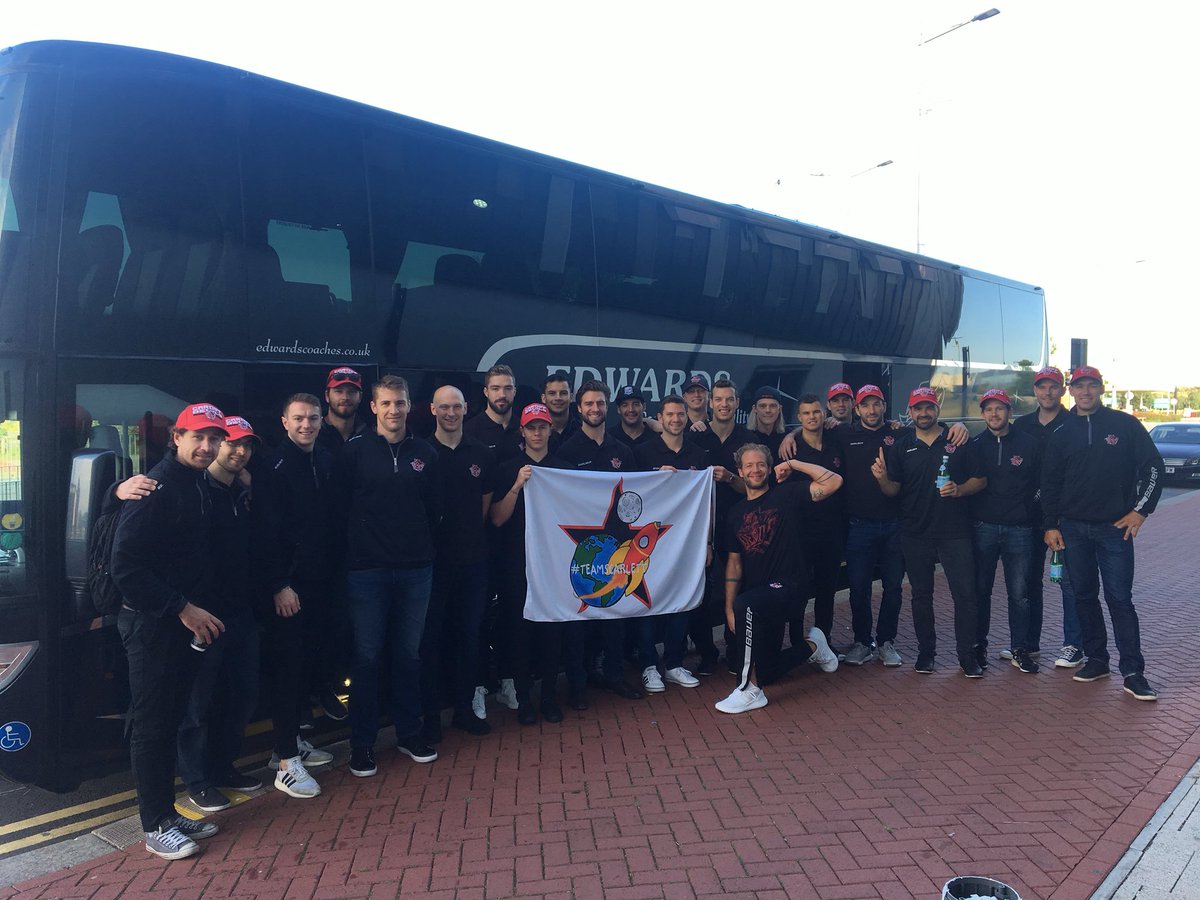 More than 300 Cardiff Devils fans are following their team on a European ice hockey mission to Austria and Switzerland.

Captain Jake Morissette and his team fly out from Heathrow today for Champions Hockey League clashes with Red Bull Salzburg on Thursday and SC Bern this weekend.

Hosts Red Bull Salzburg know they were fortunate to hang on in the opening group match at Ice Arena Wales, winning 5-2 after leading by four goals.

When Devils hit back with two goals the Austrians were hanging on grimly until they eased the pressure with a late fifth.

SC Bern flew home relieved with their 3-2 win at Ice Arena Wales after sudden death overtime and know they will face a Devils team hungry for success in Switzerland on Saturday.

SC Bern are the only team with two wins from two group fixtures, having won 5-2 against Salzburg away last weekend.

The Austrians were devastated by that defeat and coach Greg Poss said: “We had a poor start and lacked focus.

“There were botched passes and foolish mistakes. They made it difficult to turn things around, especially against a team like Växjö.

“We need to be much better prepared for such games, then we can avoid taking so many penalties. You have to take a different approach against an opponent like this one.”

Devils earned a point from their match against Bern because the game went into overtime and there is belief within the group that they can still make an impact.

“We are in a tight group and nobody is going to run away with it,” says Cardiff forward Matt Pope. “Anybody can beat anybody on their day and there is a lot more hockey to play.

“Our performance against Bern was better than  we played against Salzburg in the opening fixture and hopefully we will be better again on Thursday.

“We love to travel and play in different countries, different arenas. The home fans will be loud, but we can feed off the energy in the building.

“There are a lot of Devils fans making the trip and we’ll be pumped up for them. We are as excited about the challenge ahead in Europe as we are skating out in front of a packed Ice Arena Wales.

“Our supporters are the best and I love to hear them chanting ‘Devils, Devils’. They fire us up to keep going at full tilt in the next shift, the one after that and for the while game.

“Our aim is to make sure we take our chances and give ourselves a real chance of winning.”

Both matches are being shown live at the Walkabout, Cardiff, starting at 6.30pm on Thursday and 6.45pm Saturday.

Devils jerseys will be permitted in the bar and, in fact, will be encouraged!

The opening Elite League match of the season for Devils is on Sunday when Nottingham Panthers play at Ice Arena Wales (6pm).

That is the first of three successive home fixtures: