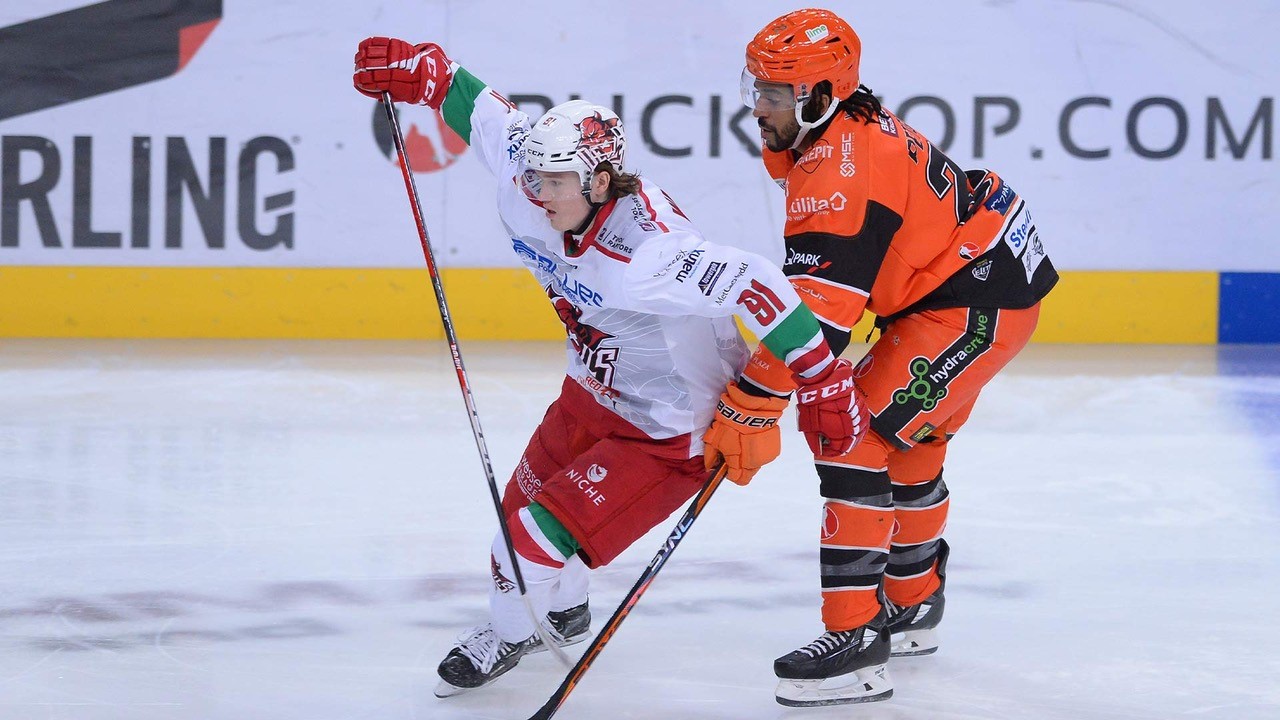 The Cardiff Devils are in good form as they target their second victory away to the Sheffield Steelers within the space of a week.

The Devils head into the first leg of tonight’s Challenge Cup quarter-final tie having improved their league record over the weekend to 13-5-2, which included a 3-2 win over the Steelers.

A 6-4 win over the Dundee Stars the next night saw the Devils wrap a third-straight win.

Cole Sanford fired in the game winning goal with 5:28 remaining as the Devils snatched a second win in as many visits this season to the Steel City.

Despite being heavily outshot by their hosts 33-14, Ben Bowns stopped 31 shots as the Devils clawed out a narrow victory.

The Devils led until early in the third period until Robert Dowd levelled for Sheffield to make it two-apiece.

Brett Neumann had given Sheffield a first period lead, but that was quickly wiped out by Sam Duggan.

On Sunday night, goals from Josh Waller bookended a 6-4 win over the Dundee Stars.

Waller’s early wrist shot gave the Devils a false sense of security as goals from Roman Semjonovs and Benjamin Sokay rallied the Stars into a 2-1 lead.

Brodie Reid tied the game in a frantic first period before Trevor Cox managed both a short-handed and a power play goal within the same period to give the Devils a two-goal advantage.

Ryan Penny extended that lead in the third period but stubborn Dundee continued to pose a threat.

Toms Rutkis scored against his former team for the visitors and Sokay added his second, capitalising on a five-on-three power play as the Stars unexpectedly made it a one-goal game.

Waller then gave the Devils some breathing space with an empty-netter on a night in which Ben Davies celebrated his 800th Elite League appearance (in all competitions).

Tickets for the home leg of Challenge Cup quarter-final on Wednesday 14th December are available for just £10 via the team’s official site.