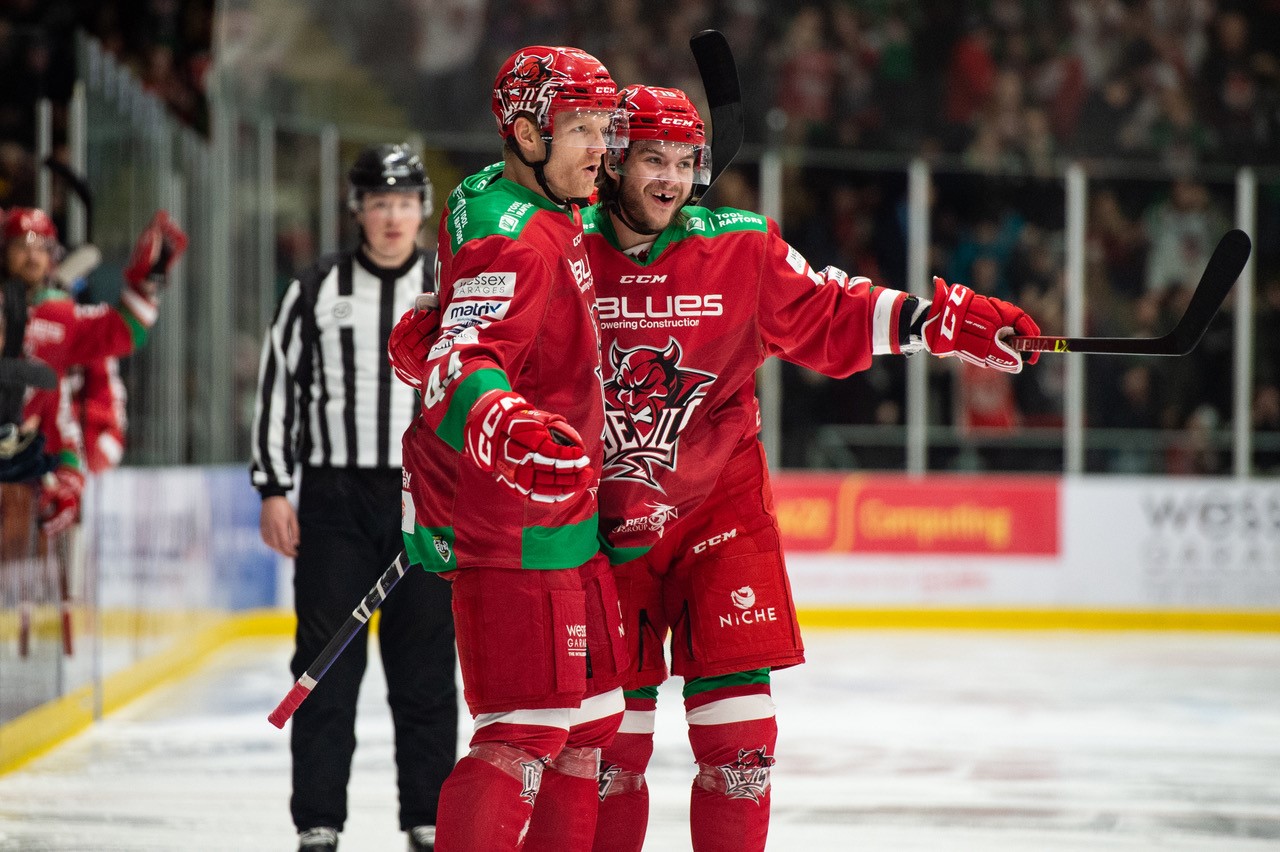 Cardiff Devils head coach Brodie Dupont says his team must catapult themselves onto another win streak ahead of Thursday’s clash with EIHL title rivals Sheffield Steelers.

The Devils are coming off a New Year’s Day defeat at high-flying Guildford Flames that saw them split a two-game series against the then-league leaders.

A 3-0 shutout defeat in Surrey brought an abrupt end to a six-game win streak that had enabled the Devils to play their way into title contention.

Whilst the Devils and Flames exchanged points, in-form Sheffield Steelers took full advantage, recording back-to-back wins over Manchester Storm to propel themselves to the top of the Elite League table.

A win for Devils in front of the live TV cameras on Thursday night would not only put them within two points of the Steelers, but would also halt their nine-game winning stretch.

Dupont feels it’s time for the Devils to set themselves on a new winning sequence.

“I didn’t think we started [the second game against Guildford] the way we wanted to,” he said.

“Guildford came out pretty hard, we knew it’d be a packed crowd and we just gave up that early power play goal.

“When you’re chasing the game in Guildford it’s quite difficult to come back. They’re a top team, we know that and it’s not going to be easy.

We’re heading for another Hell Out 😈🙌

Just 3 spaces left for Thursday – a single seat in block 9, and an accessible space in block 9 and block 15

The Devils have suffered two defeats from both of their previous meetings on home ice with Sheffield this season. However, Dupont’s team can be expected to push the Steelers hard if they can replicate a similar performance to the one shown on New Year’s Eve against Guildford.

The Devils signed off the year in convincing fashion as debutant man of the match Stefan Fournier scored in a 4-2 win at Ice Arena Wales.

Marcus Crawford and Cole Sanford each had a goal and two assists. Justin Crandall opened the scoring and Taran Kozun made 36 saves as the Devils claimed a hard-fought victory over the Flames.

Thursday night will be the Devils’ penultimate game before they head to France for next weekend’s IIFH Continental Cup final stage.

After visiting Manchester Storm on Sunday, the Devils will turn their attention to three Continental Cup games over three days from 13th-15th January.

They start against hosts Ducs d’Angers, who they beat earlier this season in Cardiff, before facing Asiago of Italy and Slovaks HK Nitra over successive days.

Details around live coverage are yet to be announced with the IIHF confirming they will announce broadcast details closer to the event.