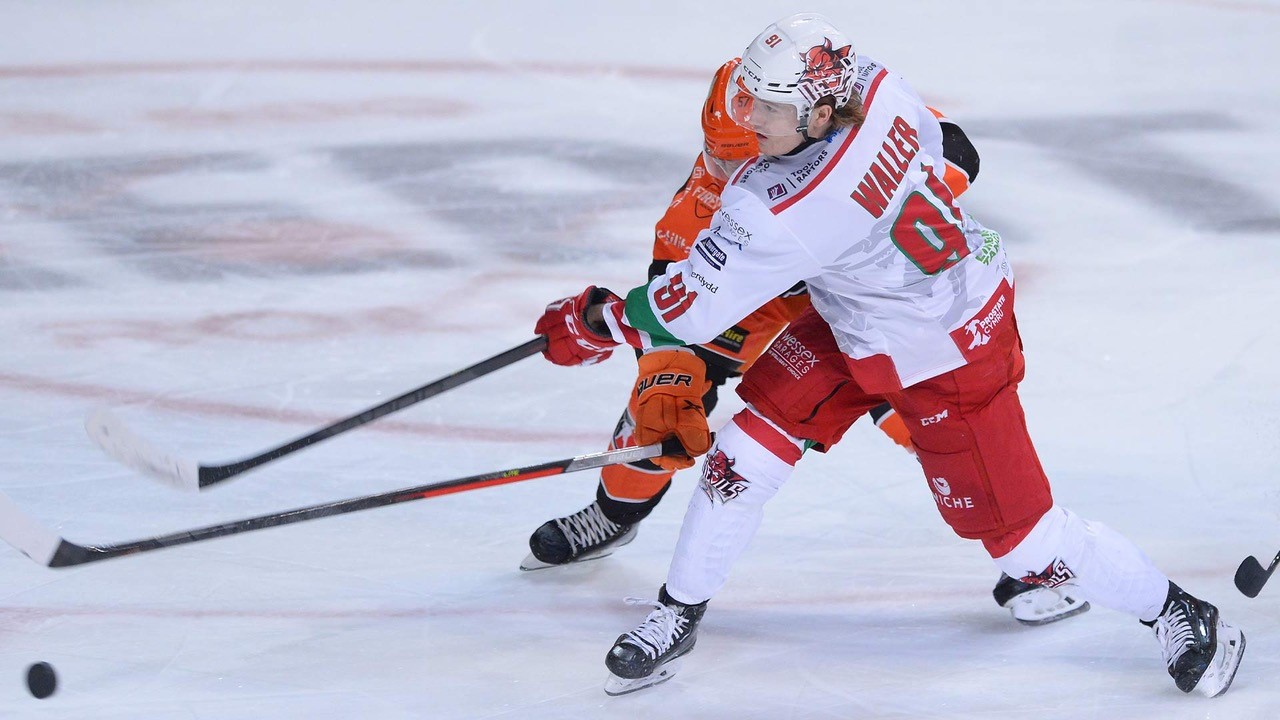 Brodie Dupont’s team are seeking their first victory of the season against the defending Elite League champions. However, they will require a bounceback performance following a Challenge Cup setback against the Sheffield Steelers midweek.

A 5-1 defeat in Sheffield left the Devils on the brink of elimination from the Challenge Cup quarter-final, requiring a five-goal swing in next Wednesday’s return game at Ice Arena Wales.

The Devils were dealt a blow pre-game and forced into making a late goaltending change with Ben Bowns unable to start against the Steelers.

Bowns joined a growing list of unavailable players. Brodie Reid, who has posted 21 points in 20 games this season, was also ruled, along with centreman Jake Coughler, who has not featured since 12th November.

Josh Waller scored the lone Devil’s goal to extend his current point-streak to five (3 goals, 2 assists) in the past three games.

That proved to be the highlight of a disappointing night for Cardiff who finished the game with five defencemen, with Mark Louis also sitting out the third period.

The Giants have also had their share of injuries this season and the defending Elite League champions arrive in Cardiff Bay following a rough patch that has seen them lose five of their last seven games.

Belfast are hopeful the re-signing of former defenceman Josh Roach this week can ease their worries. They will also take heart in the fact that they have already seen off the Devils in their two previous meetings this season.

The Devils were handed a 4-2 defeat on the Giants last visit to Ice Arena Wales before being on the receiving end of a 9-3 thrashing in Belfast last month.

However, Dupont’s team have fared better in the Elite League to date, sitting four points ahead in the table having played a game more and currently have three-straight league wins under their belts.